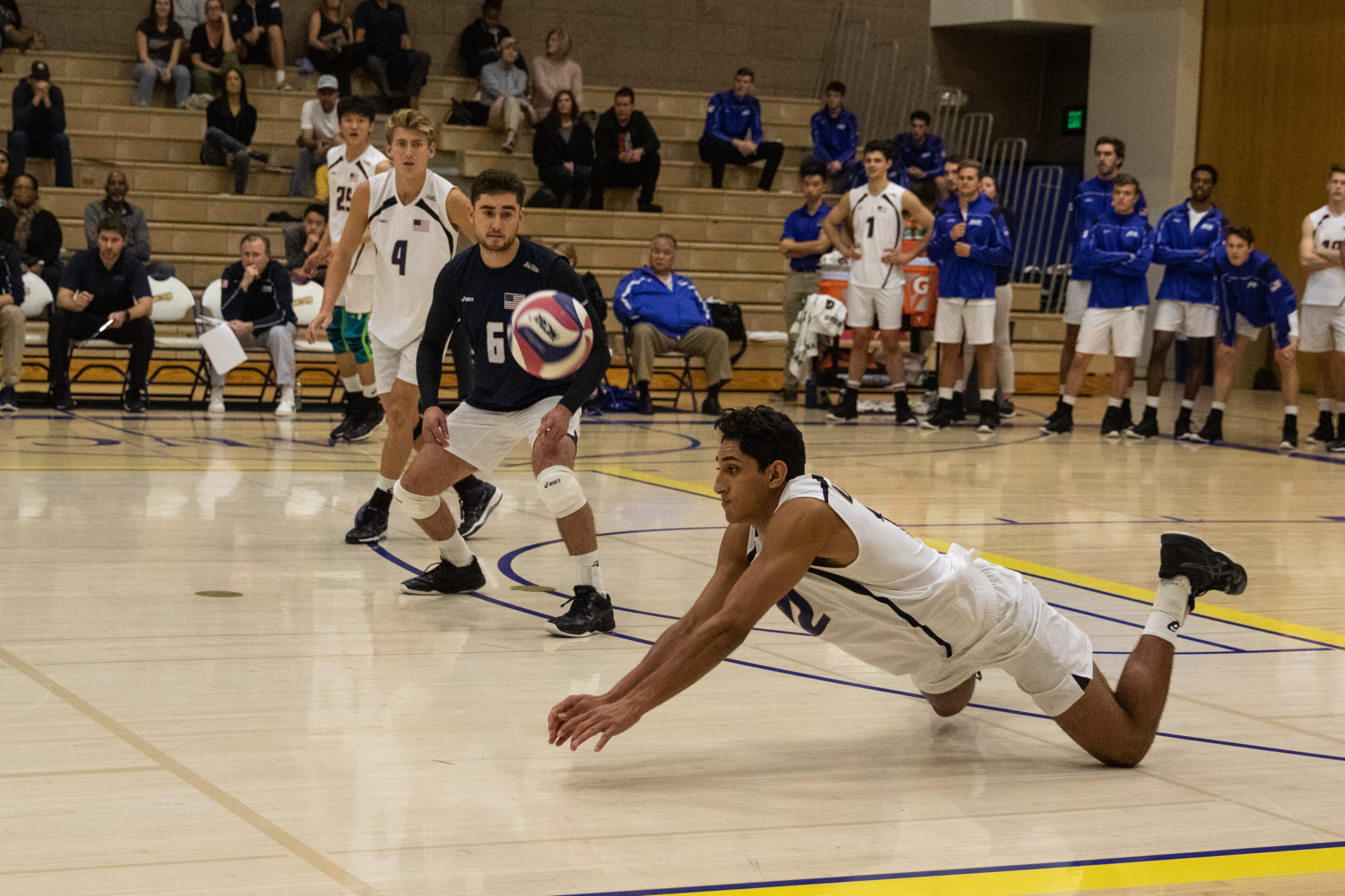 The UC Santa Barbara men’s volleyball team extended their winning streak to seven games as they took the first two matches of a three-game set against the UC San Diego Tritons 3-2 and 3-0, respectively. These matches were held last Wednesday and Thursday in San Diego and the Gauchos will look to complete the series sweep at the Thunderdome this Saturday to finish off the regular season.

This away sweep by the Gauchos shows both teams’ direction as the two programs look to prepare for the Big West Tournament. The Gauchos, the No. 18 team in the country, improved to 12-4 with the two victories, while the Tritons have lost their fourth straight and stands at 3-11.

The first game between the two Big West foes was a heavily contested match that saw the Gauchos come out on top 3-2. After the first three sets, UCSB found themselves down 1-2, however, the Gauchos were able to take momentum back from the Tritons and steal the victory by winning the final two sets. UCSD’s senior outside hitter Kyle McCauley was the game leader in kills with 18, however it was not enough to lead his team to victory. UCSB senior opposite Randy DeWeese was right behind McCauley with 17 kills of his own.

The second match between the two programs was as competitive with each set being decided by two points. However, each set was a UCSB triumph. The Gauchos swept the Tritons 3-0 behind DeWeese’s 13 kills and senior setter Casey McGarry’s 37 assists. This victory marked UCSB’s seventh sweep of the year. The hitting percentage for both teams was very low when compared to their previous match as the Gauchos had a 27.3% hitting percentage, while the Tritons hit a lowly 16.8%. The Gauchos also hit more aces than UCSD as they outscored them in that department 4-3. McCauley led the Tritons in kills again with 12 while junior setter Blake Crisp had 32 of UCSD’s 39 assists.