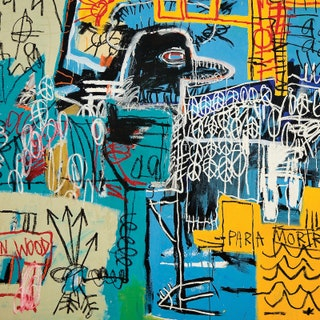 Early 2000s rock boomed with the memorable sounds of Green Day and the grungy guitars of Nickelback, but it left much to be desired in the independent rock scene. Fortunately for us, The Strokes was just the band to fill the space. As one of the most influential garage bands reigning over the past couple of decades, the New York-based quintet shouldered through the media’s commentary on the band’s musical regression since the release of their studio debut album, “Is This It.” As evidenced by their recent Grammy win in the “Best Rock Album” category for the critically acclaimed album “The New Abnormal,” The Strokes persevered and came back stronger after seven years of solo-career endeavors and unknowns about the band’s future.

In “The New Abnormal,” released on April 10, 2020, lead singer Julian Casablancas returned with his potent yet charismatic vocals that complimented the album’s slightly electronic sound. The album, produced by Rick Rubin, retained some of the band’s classic elements, such as their guitar riffs and lyrics involving a detached attitude. The album title was a timely nod to a changing way of life that occured during its release: the outbreak of the pandemic. Its release carried the weight of uplifting the spirits of a country that had just started the pandemic lockdowns, giving a much-needed hopeful sentiment to cure the loneliness and concerns isolation imposed.

Looking back, the band is no stranger to releasing new material when the world is faced with uncertainty. Their debut studio album “Is This It” was released in the United States just shortly after the 9/11 attacks, which caused them to revise the tracklist. The consequential revival of indie rock in New York seemed pertinent to relieve levels of anxiety in a time of crisis.

In “The New Abnormal,” the opening track “The Adults Are Talking” introduced the return and rebranding of The Strokes with an upbeat rhythm and strong bass line. Casablancas’ attention to detail is shown through a baritone voice that does not overpower the message of rebellion against authority.

The next song, “Selfless,” is a strong contrast from the previous track, as the melody focuses on the sweeter sounds of the guitar and bass. The lines, “Life is too short, but I will live for you,” seems like a continuation on the commentary about love and relationships. The lyrics are reminiscent of one of their fan-favorite songs, “Someday,” as its portrayal of the temporary good times between two people resonates the most.

The next track,“Brooklyn Bridge To Chorus,” was also the last single to be released from the album. It brought a not-so-subtle ‘80s electro-pop sound that transitions into their traditional instrumentation in the chorus. The lyrics about the memories of the band and people from the band’s past is a recurring theme throughout the album.

The Strokes played the next track “Bad Decisions” live in February, before the album’s release, as a sneak peek into the band’s upcoming project. They credited Billy Idol, as the track’s strings sound close to his ‘80s song “Dancing With Myself.” The song also incorporated ‘80s-rock sounds from Modern English, and it pairs well with the lines, “Pick up your gun / Put up those gloves / Save us from harm / Safe or alone.” After following criticisms of The Strokes’ for plateauing after their album “Is This It,” I interpreted the song as blowing off these remarks and persisting with experimentation on new music.

My favorite track, “Eternal Summer,” touches on the issue of climate change while also expressing the universal experience of quarantine isolation. Rubin’s decision to loop Casablancas’ looser voice was an exciting addition to a synergized instrumental. The single word of “Psychedelic” could be a direct reference to The Psychedelic Furs, another ‘80s addition to the album that certainly described the general tone. The song, placed perfectly in the middle, was the peak of “The New Abnormal.”

Perhaps unintentionally acting as the most appropriate representation of quarantine blues, “Why Are Sundays So Depressing” is an unconventional love song that also embodies the Sunday sadness of somebody who feels like they have no control over what happens.“I love you and I’m honest, so you know it’s no lie” characterizes how rare it is for love to last beyond the excitement from the night before. The lyrics are typical, as The Strokes’ well-known melancholic frame of mind can be seen in almost every aspect of their discography. However, the track brings a new take on this idea, utilizing repeating, robotic sounds in the chorus that add to the song’s dream-like feel.

The last track of the album, “Ode To The Mets,” completed the circle of the band’s life story told throughout the album, signifying their strong ties to New York City and commemorating the past 20 years of the band. The line in the last verse, “The Rubik’s Cube isn’t solving for us,” stands out as a message that life’s ambitions don’t turn out the way one might want them to. This is also supported by the music video’s animated portrayal of a deteriorating society that symbolizes how temporary life is. Mixed in with the heavy message that was said to leave fans feeling empty is a spoken voice saying, “Drum please, Fab.” Die-hard fans get a surprising reference to the popular meme of Fabrizio Moretti from two years ago.

The Strokes proved how their music can not only withstand the test of time, but also act as a white knight for their fans, relying on messages of unpredictability and learning to let go of the need for control over anything in life. The emphasis on love, timely issues in the world and feelings of despair can be summed up in its title. “The New Abnormal” is just a reminder of the legacy The Strokes will forever carry.