The Daily Nexus
Self Study
Your Performative Activism is Showing Again
April 9, 2021 at 9:00 am by Syd Haupt 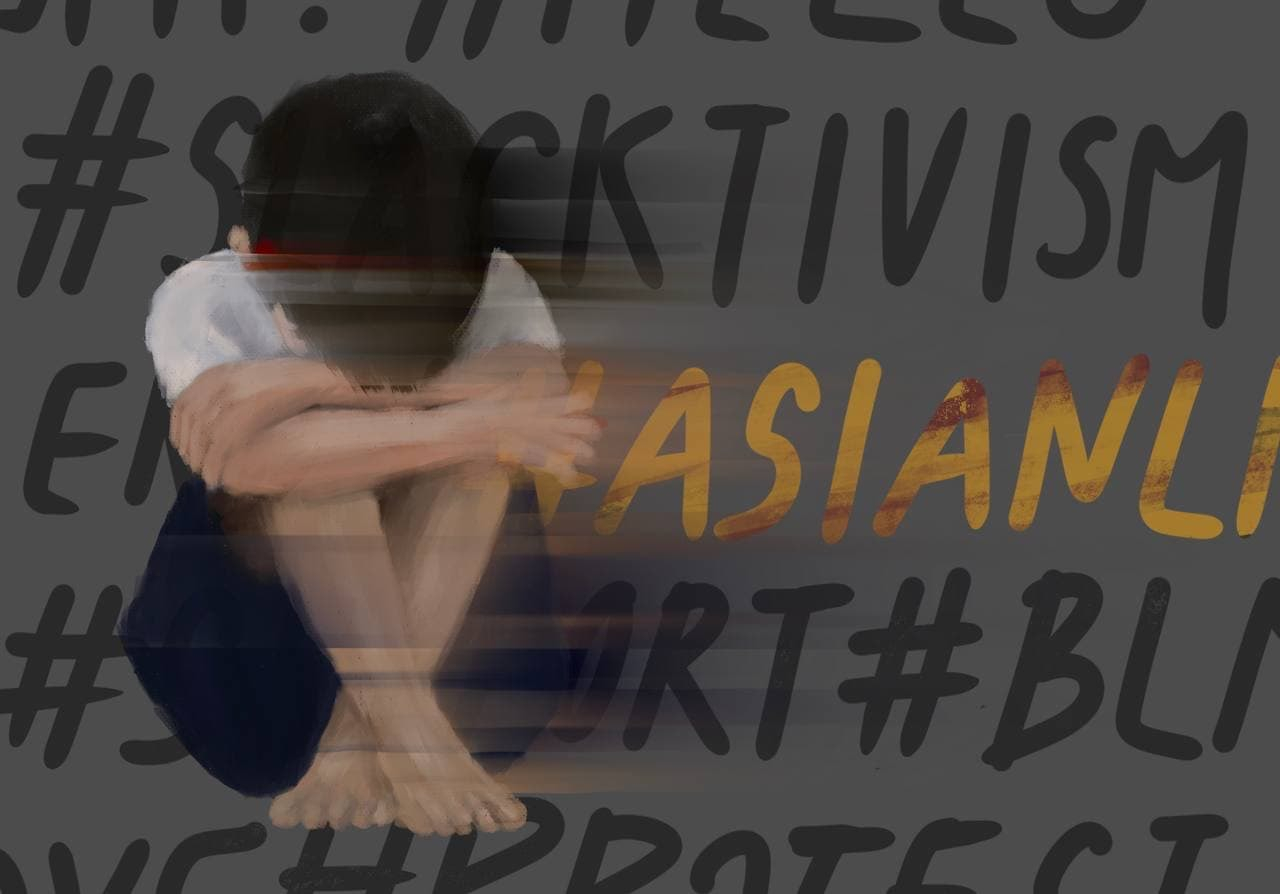 Every day for the past month, I have opened the godforsaken app known as Instagram and have been greeted with story after story of Instagram users proclaiming loud headlines such as, “Stop Asian Hate.” As an Asian-American myself — Japanese on my mother’s side and white on my father’s — I initially greeted these story posts with a sense of relief. Finally, people were talking about this deeply serious issue and elevating the voices of the community.

But that initial optimistic feeling soon turned into disappointment. What happened with the Black Lives Matter movement last summer is happening again — as is the nature of digitized activism, the serious issues of a community are being trivialized into a digestible form of activism that ultimately dilutes the struggles of a community into an aesthetic way to prove to other people that you are “woke.” And unfortunately, the serious plight of the Asian-American community has become yet another trend.

The latest wave of posts regarding anti-Asian racism seems to be another form of “virtue signaling” — when one publicly expresses a sentiment in order to be seen as a moral superior or an otherwise good person. It appears that reposting Instagram posts with a snappy headline like “Hate is a Virus,” and no additional information has become a sort of litmus test for whether or not someone is “woke”: aka anti-racist, pro-LGBT+, etc. This commodification of activism ultimately does little good for the communities it claims to uplift and only serves the person who posted it. In this case, it puts the person up on a pedestal as the sole example of being woke — a beacon of hope for those who seek direction. This completely distracts from the plight of the Asian-American community and puts their personal health and safety below the desires of the poster, who must show everyone how perfectly anti-racist they are. It is performative, upsetting and takes up space that Asian-Americans and allies could otherwise be using for genuinely helpful information.

Wondering if I was alone in this feeling, I called up some of my Asian friends. Throughout my many conversations with them, one common theme was their frustration that the majority of the Instagram posts on their feeds that discussed Asian-American issues have little tangible impact on our lives. Many of us want to see only a couple things in posts about Asian-American issues: education and links to fund community support. Instead, we are being bombarded with trauma porn, or graphic videos/pictures of Asian people being beaten, shoved or otherwise injured. While it might seem like these pictures will attract more people to your cause, these images are extremely dehumanising and triggering for members of the Asian-American community. Additionally, any informational post that is genuinely helpful is drowned out by an echo chamber of people reposting “#StopAsianHate” with nothing else — no opportunity for education, donation links, or otherwise helpful information.

Here’s the thing: If you really care about these issues, I understand your desire to want to spread information. But social media is not the place that your activism should start and end. I don’t want to only feel like you care about me through a post that says “Celebrate Asian Joy!”— I want you to volunteer to help the homeless in Los Angeles’ Koreatown, I want you to call out people making racist jokes (both on the world stage and in your own community), I want you to examine how rampant the appropriation of Asian culture is in your daily life and to critique how you engage with it (for example, whether or not your consumption of anime has led you to internalize infantilized, sexualized stereotypes of Asian women). I want you to understand that these issues are so real for us. That every day I wake up and I’m afraid for my mother’s life, my aunties’ lives, my uncles’. Your Instagram post may be helpful for you, but I ask you to question yourself again and wonder whether or not you genuinely care about these issues or are doing it performatively.

Personally, I don’t think that posting information about these issues on Instagram will ultimately be the catalyst for systemic change. If we want to make a substantial impact on anti-Asian racism in the U.S., it must happen through education and lawmaking. However, I do think that Instagram activism presents the opportunity to do three important things: connect with members of your community, educate and donate.

As far as education goes, we are all taught a digestible form of Asian-American history, and it is integral to the health, safety and future of Asian-Americans that we challenge what we are taught. You likely learned about the Chinese Exclusion Act of 1882, the Japanese Internments camps during World War II and orientalism from your APUSH class junior year. But there are a thousand things that were left out of those history classes — Yellow Peril, the Immigration Act of 1924 (also referred to as the Asian Exclusion Act), the cases of Thind v. United States (1923) and Ozawa v. United States (1922) and the No-No Boys of World War II, just to name a few.

Even learning about our history isn’t enough — these areas of life are portrayed as faraway events that have little to no impact on Asian-Americans today. In reality, they shape how Asian-Americans are perceived today, especially the model minority myth, inequality between East and Southeast Asians and colorism. For example, the model minority myth is likely the most deep, pervasive stereotype that plagues Asian-Americans. This is the invisible line that Asian-Americans perpetually exist on: The line between minority and privilege, where we receive benefits almost akin to the white man while simultaneously carrying the burden of our history as minorities. We are unable to shed the skin that forever marks us as Yellow Peril — both the male sexual threat and the exotic, infantilized woman. If you want to learn more about Asian-American issues, you have to examine how American culture has always alienated us.

The bottom line is: If you want to be a real ally, or if you are a fellow Asian-American looking to genuinely aid your community during this time, spread resources for reporting hate, mutual aid and education that will have genuine long-term effects for others who stumble across your posts. Anything else comes off as purely performative.

When we approach Asian-American issues from a long-term outlook, we must question our next step. I am proud of my fellow Asian-Americans who are breaking free of the belief that we should keep our heads down, never make waves and rarely speak up. As we deviate from this narrative of the Asian-American as the docile, quiet minority who rarely voices their opinions, I honestly think that we need to push ourselves even further: We need a 21st-century movement — a larger, modern formation that unites our individual voices under strong ideas and guidelines. What will this movement look like, and how will we support it?

But as far as short-term activism: Go ahead and post an infographic on your story — but keep in mind that if I know you’re being performative af, I’ll probably see it and roast you in my group chat.

Syd Haupt encourages her non-Asian peers to repost this — unless your consumption of anime has led you to infantilize Asian women and culture, in which case you should only approach her with reparations.