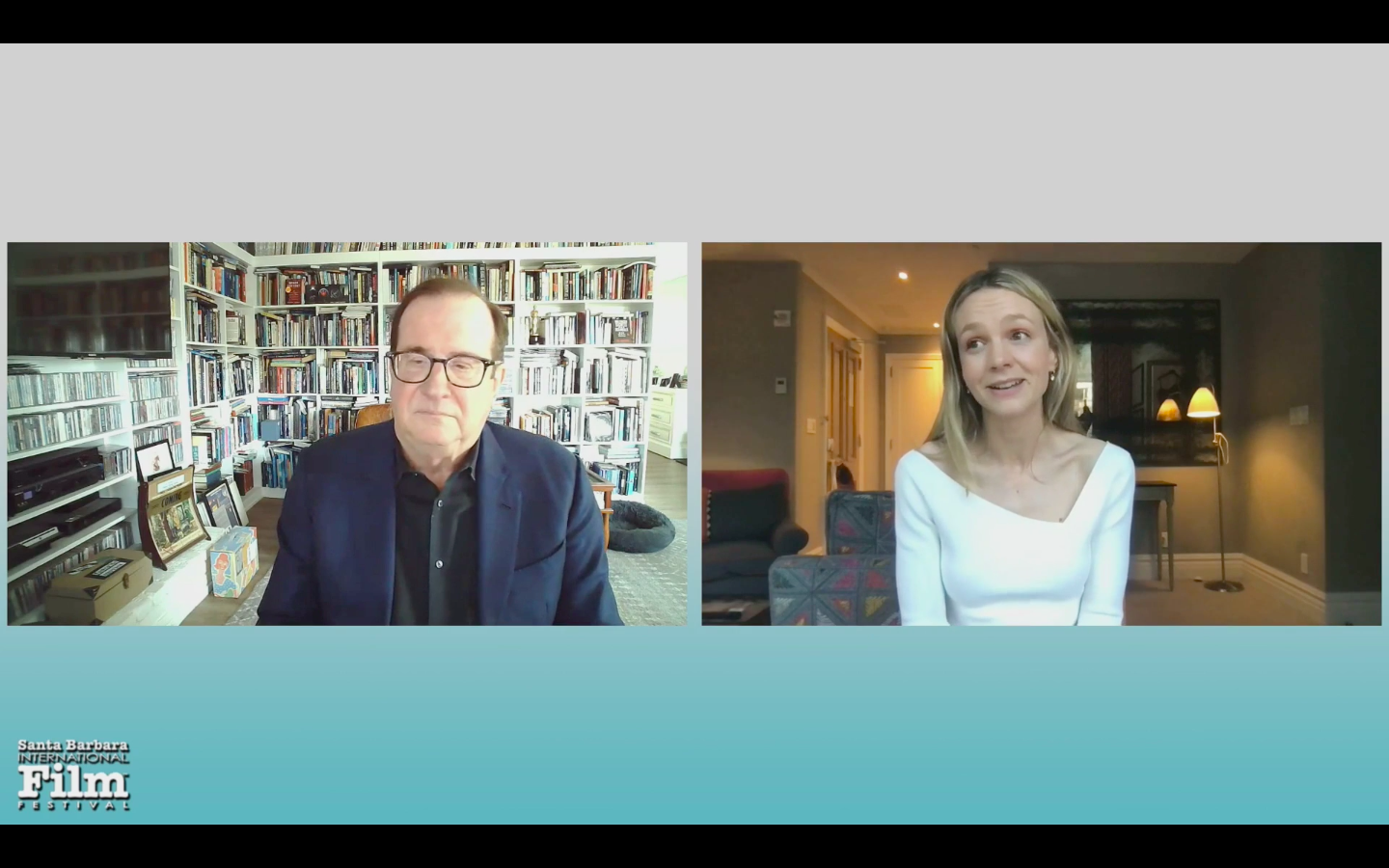 Gifted thespian and Academy Award-favorite Carey Mulligan has yet another award to add to her burgeoning collection of accolades as “The Great Gatsby” star received the Cinema Vanguard Award at the 36th annual Santa Barbara International Film Festival on Monday, Apr. 5.

The tribute, which honors actors who have “the tenacity to forge new ground in their craft,” was in recognition of Mulligan’s electrifying performance in “Promising Young Woman” (2020), a black comedy in which she plays Cassie Thomas, a recalcitrant medical school dropout who dedicates her life to avenging the rape of her best friend.

The 35-year-old British actress, who is currently based in New York as she prepares to make her debut as a host on “Saturday Night Live,” virtually joined film columnist Pete Hammond from her hotel room to discuss her experiences in Hollywood and her illustrious career thus far.

While Mulligan is heavily favored to take home the Academy Award for Best Actress at this year’s ceremony, she received her first Oscars nod in 2009 for her breakthrough role in “An Education,” a coming-of-age drama in which she played a 16-year-old schoolgirl named Jenny.

“The first time I saw the film, I called my mom and was like, ‘Mom, it’s so boring. My face is just stupid and I don’t do anything and I’m so boring to watch,’” revealed Mulligan. “It was the complete opposite of what I expected and I was very nervous but it was a wonderful experience.”

Mulligan’s star power reached new heights when she landed the part of a sex addict’s obstinate sister opposite Michael Fassbender in 2011’s “Shame,” a role which earned her a Critics’ Choice Movie Award nomination for Best Supporting Actress.

“I felt really strongly from the moment I read [the script] that I really wanted to do the film,” said Mulligan. “I just made sure that [director] Steve [McQueen] knew how passionate I was about it and I was very keen and eager during our meeting.”

The most prominent credit in Mulligan’s far-reaching filmography is without a doubt “The Great Gatsby,” the film adaptation of the high school English class staple, in which she starred as Daisy Buchanan, the love interest of Jay Gatsby (Leonardo DiCaprio). Despite the added pressure of portraying such a beloved character amongst a high-profile cast, Mulligan explained that she was determined to make the role her own.

“I think I was lucky in that I’m not American since the book isn’t required reading for teenagers in England. I also deliberately didn’t watch any other versions out of fear of just copying people,” the actress said. “I was so fascinated by who Daisy was based on, the era was so fascinating, she was such a curious character and I wanted to figure her out.”

After the interview with Hammond, the actress was presented with the Cinema Vanguard Award by her “Promising Young Woman” co-star Laverne Cox, who praised Mulligan’s performance in the film as “subtle and understated, dialed in and deeply committed to the truth.”

“Laverne, thank you so much for presenting me with this,” exclaimed Mulligan as she accepted the award. “It means a huge amount, not only because I’m an enormous admirer of your work as an actress but also because of the way that you stand for the things that matter to you within your work and in your life.”