The Daily Nexus
On the Menu
The H.E.A.R. Club’s Cooking Event Emphasizes The Ease of Vegan Cooking
April 6, 2021 at 12:00 am by Stephanie Gerson 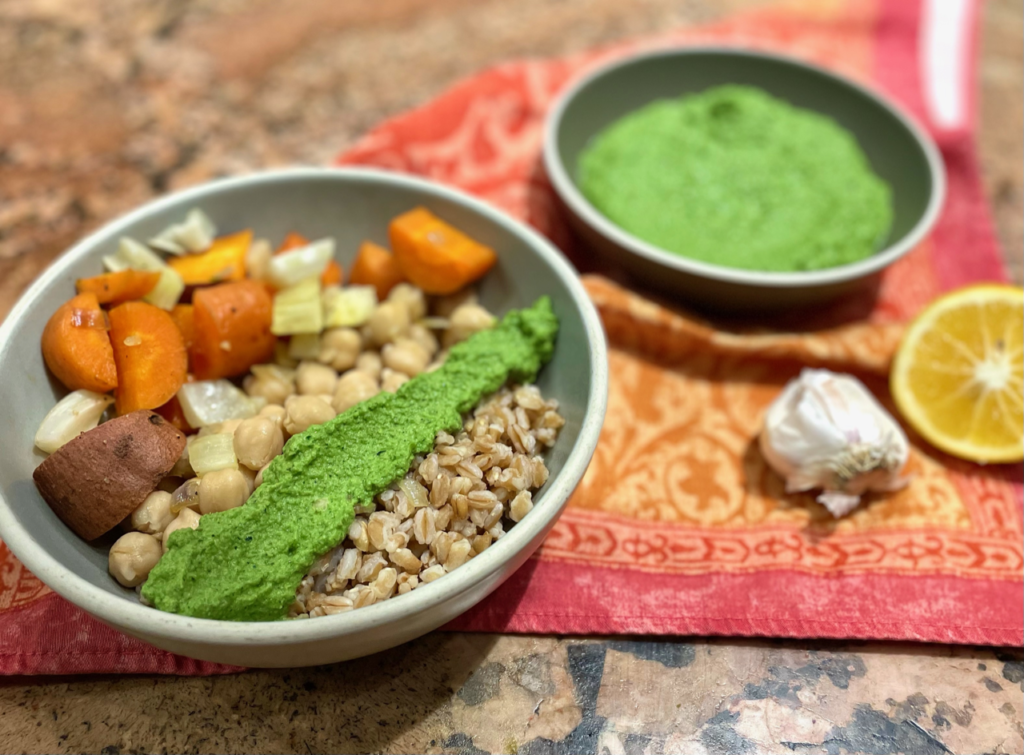 After the end of Veganuary, a month-long challenge in January encouraging non-vegans to eat a plant-based diet, the Health, Environment and Animal Rights club wanted to put together an event to inspire people to continue their plant-based eating habits past January. 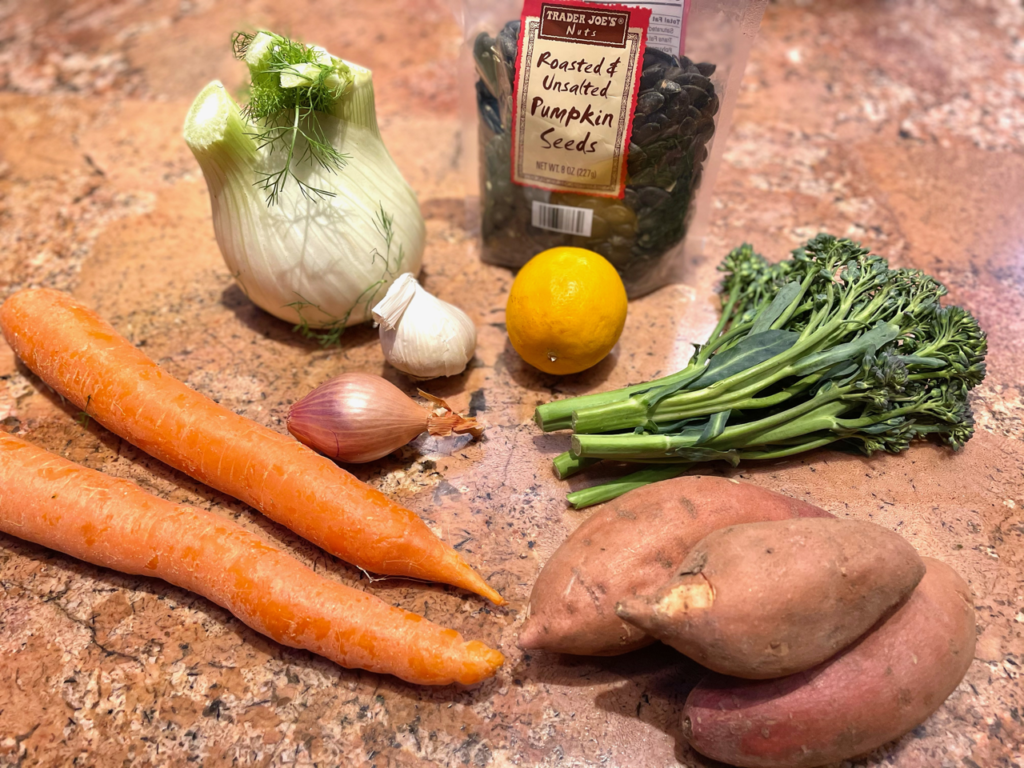 Prior to the event, West sent a simple yet flavorful recipe for a roasted vegetable dish with broccoli pesto to the attendees. All of the ingredients were relatively inexpensive and available at my local Trader Joe’s. I had a great time following along with West and learning new cooking tips along the way. While my chef skills are definitely not of West’s caliber, her cooking advice, such as cutting out the meaty center of a fennel bulb prior to roasting, made the final dish so much tastier.

The roasted vegetable mixture of fennel, sweet potato, carrot and shallot caramelized beautifully in the oven. I made a hearty base of farro and chickpeas for some plant-based protein and topped it off with the vegetables and broccoli pesto sauce. It’s a cozy meal that’s not too complicated but definitely packs a punch. You may never want to buy pesto again after trying this broccoli pesto recipe. While a professional chef led this cooking demo, anyone can make a meal like this! 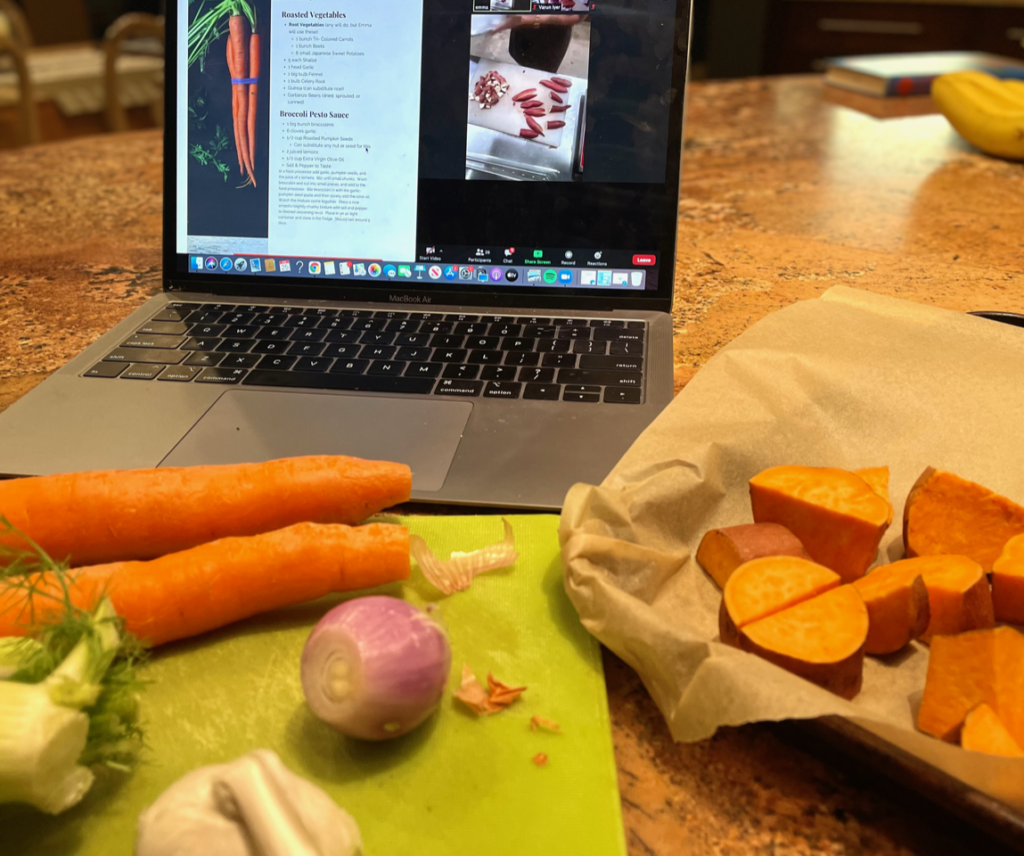 Even though I already follow a plant-based diet, this event further demonstrated how easy it is to cook a delicious vegan meal. I try to recreate vegan versions of my favorite meat-based foods, but I often find myself using vegan meat substitutes or store-bought sauce instead of using creativity in the kitchen. In reality, simple, whole ingredients often make the most satisfying meals. Especially if anyone is looking to transition to a diet more centered around plants, easy recipes like this one are a great place to start. It’s never too late to ditch meat for a few nights a week and try something new!

Stephanie Gerson
Stephanie Gerson is a second-year student studying Art History at UCSB. She is from Palo Alto, California and she is passionate about sustainability, fashion, photography and vegan cooking.
1 Comment
Inline Feedbacks
View all comments

If anyone is interested in joining our veg advocacy club, H.E.A.R., then email us at hearclubucsb.gmail or follow us on instagram at hearucsb! Thank you so much Stephanie for covering our event :)