Located just over 200 miles from the shores of Santa Barbara, Coachella Valley is best known for its namesake festival that attracts hundreds of thousands of music fans every year. Underneath the glamorous exterior created by the posts of vacationing celebrities and Instagram influencers, however, lies a different reality: the one populated by the undocumented, migrant farmworkers who toil the valley’s fields for little pay and poor living conditions. 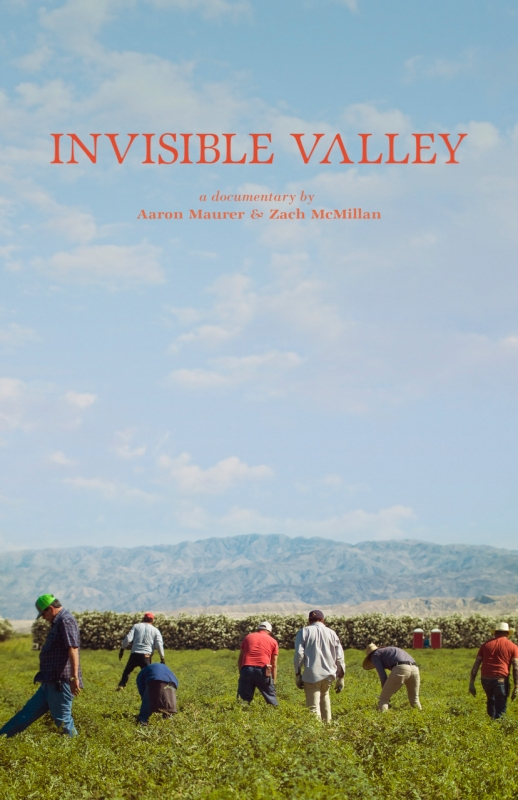 It’s this hidden reality that director Aaron Maurer aims to explore in his documentary “Invisible Valley.” Premiering on opening night of this year’s Santa Barbara International Film Festival (SBIFF), the film follows the lives of those in the Coachella Valley over the course of four seasons, from the farmworkers toiling in the fields to the revelers at the Coachella music festival.

The picture that Maurer creates is one of extreme contrasts: that of the gleaming and neatly manicured properties of the affluent class clashing with the squalor the migrant workers in the surrounding areas live in. Neither group, however, remains in Coachella permanently, with the workers uprooting their families to follow the harvest, and wealthy “snowbirds” returning to their summer homes to escape the heat of the changing seasons.

Maurer portrays this transient nature of Coachella’s residents with the composure and delicacy of a seasoned filmmaker, often framing the valley in vast but stationary shots. This allows its subjects to move in and out of frame just as they do the valley, the imagery as melancholy as often as it is beautiful.

As expansive as Maurer’s lens is, the film’s main focus is intimately profiling those who live and work in Coachella Valley. Over the course of the documentary, we follow several residents from a variety of backgrounds and income levels, like Maria, a “snowbird” who paints pictures of farmworkers, or Gloria, a nun who runs a local shelter that serves many farmworkers.

Most impactful of all, however, are the perspectives of the farmworkers themselves, almost all of whom are undocumented. Entering their homes makes the stark contrast in living conditions become even more affecting, as we see up close their struggles with putting food on the table, the toll that constant moving has on their children and the ever-present fear of raids from U.S. Immigration and Customs Enforcement.

As stark as the differences are along the lines of race and class in “Invisible Valley,” however, the film is careful not to pit the two communities against each other. Instead, the documentary is far more interested in what draws them together, like scenes of Maria volunteering her time and money to Gloria’s shelters, or wealthier residents working at food banks for the migrants. Despite the extreme hardships their families must endure, the simple joys and generosities of the undocumented workers are truly remarkable. Even though the contrast between Coachella Valley’s residents is vast, the film suggests there is more that unites them than divides them — an admirable sentiment, for sure.

It’s also within this more fragmented nature, nonetheless, that “Invisible Valley” falters. The film has so many subjects, that it spends much of its time introducing and profiling them, which can often make it seem like the film lacks a meaningful sense of progression. The film attempts to structure itself into sections based on the four seasons of spring, summer, fall and winter, but without a central narrative to tie itself together, these transitions can come across as jarring.

Indeed, much of the documentary is affected by this sense of malaise. While it is unquestionably effective in raising our sympathies, the film doesn’t thoroughly interrogate the social, corporate and political forces that create the inequalities and transient lifestyles of the migrant workers that it portrays. Rarely does the film go further than highlighting the characters’ personal struggles and, as a result, the portrait created is one of a situation that, while unfortunate, is simply a fact of life. The film’s subjects are simply the latest to pass through hardships, like so many residents throughout Coachella Valley, thereby effectively absolving the upper-class residents of their role in upholding the institutions that created and continue to exploit these workers.

While “Invisible Valley” is careful to always frame its more disadvantaged subjects sympathetically, it does so through a distinctly genteel lens, one that seeks to reassure the privileged class of its innocence in the proceedings just as much as it shows the plight of the undocumented worker. As a result, the film feels much the same as many well-meaning documentaries before it, offering a poignant picture of a marginalized community, but falling frustratingly short of offering much else beyond eliciting sympathy.

The work that the film does in creating a sympathetic portrayal of undocumented migrant workers, however, might be more relevant than ever in today’s day and age. Once again, the “crisis at the border” has become the issue du jour, and the right-wing messaging machine has begun to rev up once again, painting Central and South American migrants as dangerous, gang-affiliated and, in the age of COVID-19, disease-carriers.

The simple act of humanizing migrant workers might be the documentary’s greatest asset, as it gives faces and names to a group so often faceless and so often demonized. Regardless of political context, “Invisible Valley” remains an empathetic and gorgeously shot portrait of a place and a community so often overlooked.