On Wednesday, Feb. 24, the Blum Center on Poverty, Inequality and Democracy at UC Santa Barbara hosted a public forum, “The Green New Deal in Action,” to discuss the relevance of the mammoth policy initiative to residents of the Santa Barbara area and other communities in the Central Coast. 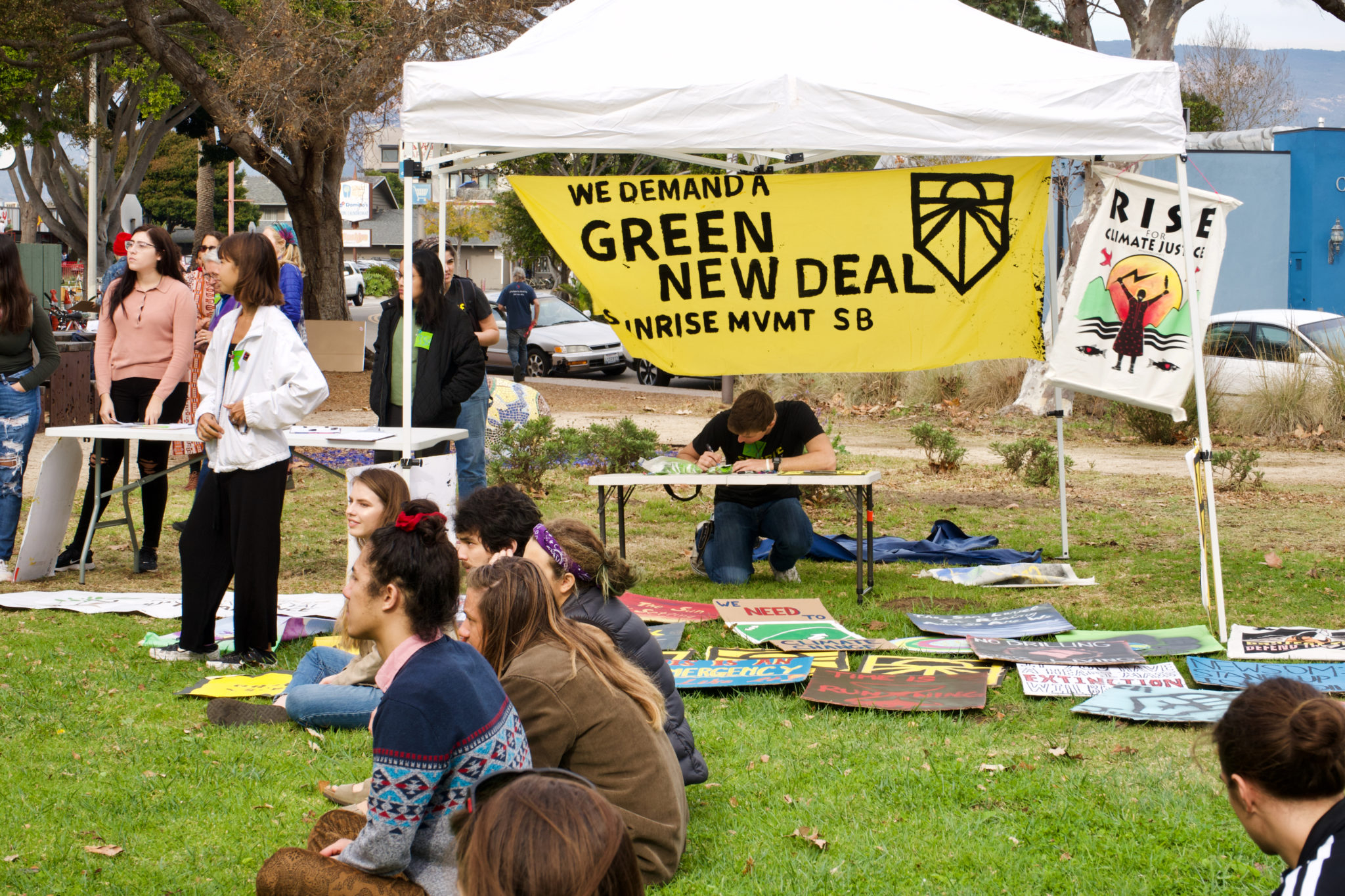 Over 130 people attended the public forum, including UCSB students, I.V. residents and others in the broader Goleta area.

Championed by the Sunrise Movement and other figures in the progressive movement, including politicians like Alexandria Ocasio-Cortez and Ed Markey, the Green New Deal refers to various public policy proposals intended to simultaneously address climate change, create jobs and reduce economic inequality.

In October 2019, prior to the coronavirus pandemic, the Blum Center held an in-person public forum focusing on how the Green New Deal could be used as an “organizing framework” to unite the social and environmental justice movements of the Central Coast, according to a press release.

This second public forum focused instead on how the pandemic and recent socio-political shifts have impacted the prospects for “transformative economic and environmental change,” according to the press release.

Held over Zoom, the Fund for Santa Barbara and CLUE Santa Barbara also partnered with the Blum Center to host the panel discussion which happened within the forum.

This panel featured speakers from UCSB faculty and other organizations in the broader community, notably David Pellow, a UCSB professor and the chair of the Environmental Studies Department, Nikayla Jefferson, an organizer with the Sunrise Movement and a doctoral student of political science at UCSB, Ana Rosa Rizo-Centino, the executive director of One Step A La Vez and Nadia Lee Abushanab, the advocacy and event director with the Santa Barbara County Action Network (SBCAN).

The forum also served to inaugurate a year-long student-led initiative at the Blum Center, The People’s Guide to the Green New Deal, a project intended to provide an “accessible overview of what that Green New Deal hopes to achieve and why; when this proposal emerged and its historical roots; its main advocates, critics, and overlooked voices; and where and how it is being used in various regions across the country,” according to a statement released by the Blum Center.

The role of indigenous communities in the Central Coast and the Green New Deal’s relevance to them featured prominently.

One speaker before the panel, Marcos Vargas, the executive director of the FUND for Santa Barbara voicing and a sun dancer in the Lakota tradition, voiced support for the confirmation of Debra Haaland, President Joe Biden’s pick to run the United States Secretary of the Interior. Haaland would be the first Native American woman to helm the hugely influential executive department.

“We continue to struggle with cultural, economic and political self-determination. Chumash leaders, along with native and indigenous people from around the world continue to prioritize their connection with the land. Indigenous leaders are at the forefront of the fight to protect the land and the water,” Vargas said.

The role of working-class people in crafting policy also became a topic of interest, with Rizo-Centino discussing the necessity for policy solutions to take into account both climate and environment as well as the needs of those who have been historically marginalized. Rizo-Centino in particular stressed the importance of ensuring that a green economy is not predicated on inequality.

“What kind of jobs are we going to create, and are they going to be living-wage jobs? … Black and indigenous people of color are so often asked for labor and not given anything in exchange for it,” Rizo-Centino said.

Meanwhile, Abushanab mentioned many of SBCAN’s current initiatives, including stopping development in the San Marcos Foothills, advocating for affordable housing in Santa Maria and the reduction of cash bail and monitoring the county redistricting process, as well as how these initiatives are guided by principles in accordance with the Green New Deal.

In an interview with the Nexus, Simone Stewart, a speaker during the public forum and a student assistant at the Blum Center, elaborated on the various ways in which the pandemic has complicated the grassroots organizing which initially propelled the Green New Deal to national prominence in 2019.

“One of the best parts to me about the Green New Deal is this capability for organizing at lots of different levels… with the pandemic, it’s more difficult now to get people in the same room together. I think that’s definitely one way the pandemic has changed things,” Stewart said.

However, despite these challenges — and the mounting costs of the pandemic both in terms of loss of life and the intensification of inequality — Stewart still expressed optimism, particularly in the wake of Biden’s ascension to the presidency.

“I think there is no longer the question of ‘Do we need to do this?’ I think that was a big part of the Trump administration … whereas I think the Biden administration has made it pretty clear that this is a priority,” Stewart said.

Meanwhile, Jefferson during the panel emphasized the importance of a different, more distant sort of optimism. She described her own vision of an ideal future and how she’d used it to rouse her into action, even in times “heavy with death and despair.”

“When I close my eyes and I picture driving from San Diego north on Highway 99 to visit my brother-in-law before I spend the weekend in the Sierras, I see the Green New Deal alive on my route. I see sustainable agriculture throughout the valley grown with care for our planet and our bodies and the migrant workers,” Jefferson said.

“I see the rest stops aligned with charging stations. I stopped off to charge my own car. I need a quick snack. I enjoy a spring sunset on the crisp and smog-less horizon, fresh air in the valley and the rumble of the high-speed train carrying people to North Sacramento.”