UC Santa Barbara hosted a public forum on the Green New Deal in the McCune Conference Room in late October, aiming to address how the Santa Barbara area can move toward a more sustainable environmental future. 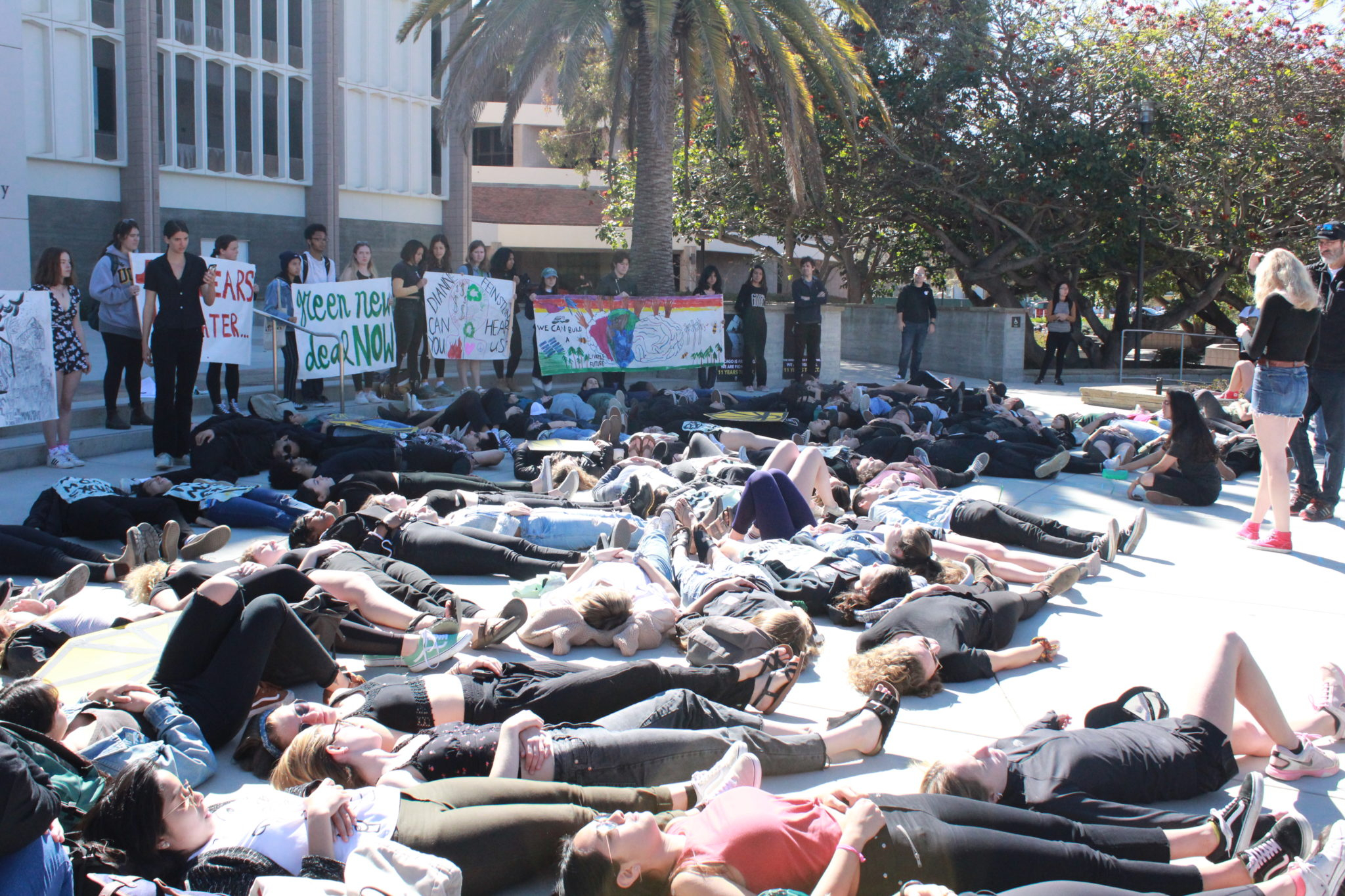 The forum was organized by the Interdisciplinary Humanities Center of UCSB, the UCSB Blum Center on Poverty, Inequality, and Democracy, UCSB’s Environmental Studies Program, the Fund for Santa Barbara and the Central Coast Climate Justice Network (C3JN). The panel was made up of leaders from Food and Water Action, the Mixteco/Indígena Community Organizing Project (MICOP), the Community Environmental Council (CEC) and Central Coast Alliance United for a Sustainable Economy (CAUSE).

All the groups are members of the C3JN and are specialists on specific local economic and social climate concerns; C3JN is a group that has been working together for two years to achieve more transactional climate action. Ana Rosa Rizo-Centino, senior Central Coast organizer for Food and Water Action, said that C3JN is a blueprint for what other areas can be doing to best address climate challenges. It focuses on how whole community involvement produces the most effective results.

The evening centered around the importance of community collaboration to achieve a Green New Deal suited to the Central Coast; Vanessa Terán, policy and communications associate for MICOP, emphasized that “it’s going to take all of us to build the movement that we want to see and the change we want to see.”

The recent Montecito mudslides and Thomas Fire, which devastated areas of Santa Barbara County, were big topics of discussion.

“These events put our work in greater perspective,” Sigrid Wright, the CEO and executive director for the CEC said, referencing working on climate policies in the face of natural disasters.

David Pellow, director of the environmental studies department at UCSB, said the Green New Deal will look different for various solutions depending on areas’ geographic and economic dynamics.

For the Santa Barbara area, this involves reducing emissions, creating sustainable local jobs and revolutionizing transportation systems, according to Pellow.

Wright added that the close proximity of Santa Barbara’s highways and train systems to the ocean makes them particularly vulnerable to climate effects.

“Much of our critical infrastructure is at risk,” Wright said.

Cameron Gray, transportation and climate manager for the CEC, further explained that “40% of greenhouse gas emissions come from transportation systems.”

He added that greenhouse gas emissions need to be decreased in order to significantly reduce climate change; in the Santa Barbara area, this would mean changing the number of electric cars, moving jobs closer to where people live and improving public transportation to reduce congestion along Highway 101.

Many students were curious about how they could take action themselves. Representatives from the student group, Eco Vista, asked for hands-on suggestions on how to make Isla Vista more green. Alice O’Connor, director of the Blum Center, recommended community gardens and locally sourced goods as a place to start.

The panel also emphasized the need for the Green New Deal to be intersectional and inclusive of all groups, regardless of income or race.

“Climate justice requires rebirth of institutions which have been historically and to this day predominantly white,” Maricela Morales, executive director of CAUSE, said.

Ruby Layman, a first-year environmental studies major at UCSB, attended the forum to get more involved in local sustainability initiatives.

“I want to see as much environmental action as possible so I figured going to forums and getting involved is the best way to do that,” Layman said.

All this means nothing if we don’t get the population under control. Over-population is the root cause of climate change. Here in California, per health department statistics, the group with the highest birth rate is Hispanics.