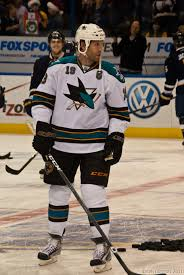 Due to rule updates and changes in the style of play, hockey has evolved in a way that allows for older players to perform at a level never seen before in the National Hockey League.

Players like Sidney Crosby, Alexander Ovechkin, Joe Thornton and Patrick Marleau are well over a decade into their professional careers and still put up numbers that show the National Hockey League (NHL) front offices that they deserve roster spots.

In recent years, goal-scoring has gone up in the NHL. For the past four seasons, the average goals per game in the NHL has increased and show little signs of slowing down. Many players, specifically goaltenders, attribute this to the fact that the NHL has shrunk goalie equipment in recent years to allow for more scoring opportunities. These goalies have spoken out against these new changes.

“I’m not happy about it because it’s my job,” said Winnipeg Jets goaltender Connor Hellebuyck in a 2018 interview with NBC Sports. “And really what they want is [for] me to be worse.”

By giving players more net space to score goals, older players who are worn down by the wear and tear of multiple hockey seasons are now able to create more goal-scoring opportunities that otherwise would not have been there. The pace of play has also contributed a role in the increase of these opportunities.

The NHL game is getting faster. Nowadays, most teams have abandoned the philosophy of smashing the opposing team against the boards and have adopted a more spaced-out style of play that creates more shots on goal. Because of this ideology switch, older players are not as susceptible to body damage as they once were. This style of play has also affected one of the most popular aspects of hockey: fighting.

As goal-scoring goes up in the NHL, fighting goes down. Players no longer want to spend five minutes in the penalty box when they could be scoring goals and helping out their team instead. No longer having to worry about being punched in the face, older hockey players can focus more on their offensive game while also lengthening their careers.

“It does a lot of damage, let’s just leave it at that,” said retired Chicago Blackhawks player Daniel Carcillo in a 2019 interview with The Christian Science Monitor about NHL fighting.

With the high risk of physical damage out of the picture, older players can enjoy longer professional careers with less of a chance of suffering broken noses. Instead of playing the unofficial enforcer role, now all players can focus on scoring.

With these rule changes and alterations in how players play, hockey athletes can now enjoy professional success well into their late 30s and early 40s. Gordie Howe — the famed hockey player who enjoyed a 26-year-long NHL career and had a 100-point season at age 40 — was once an anomaly, but recent trends indicate that he may now become the norm.