Today, blue light-emitting diodes, or LEDs, quite literally surround us nearly everywhere we go. They are in our homes, our TVs and our phones. 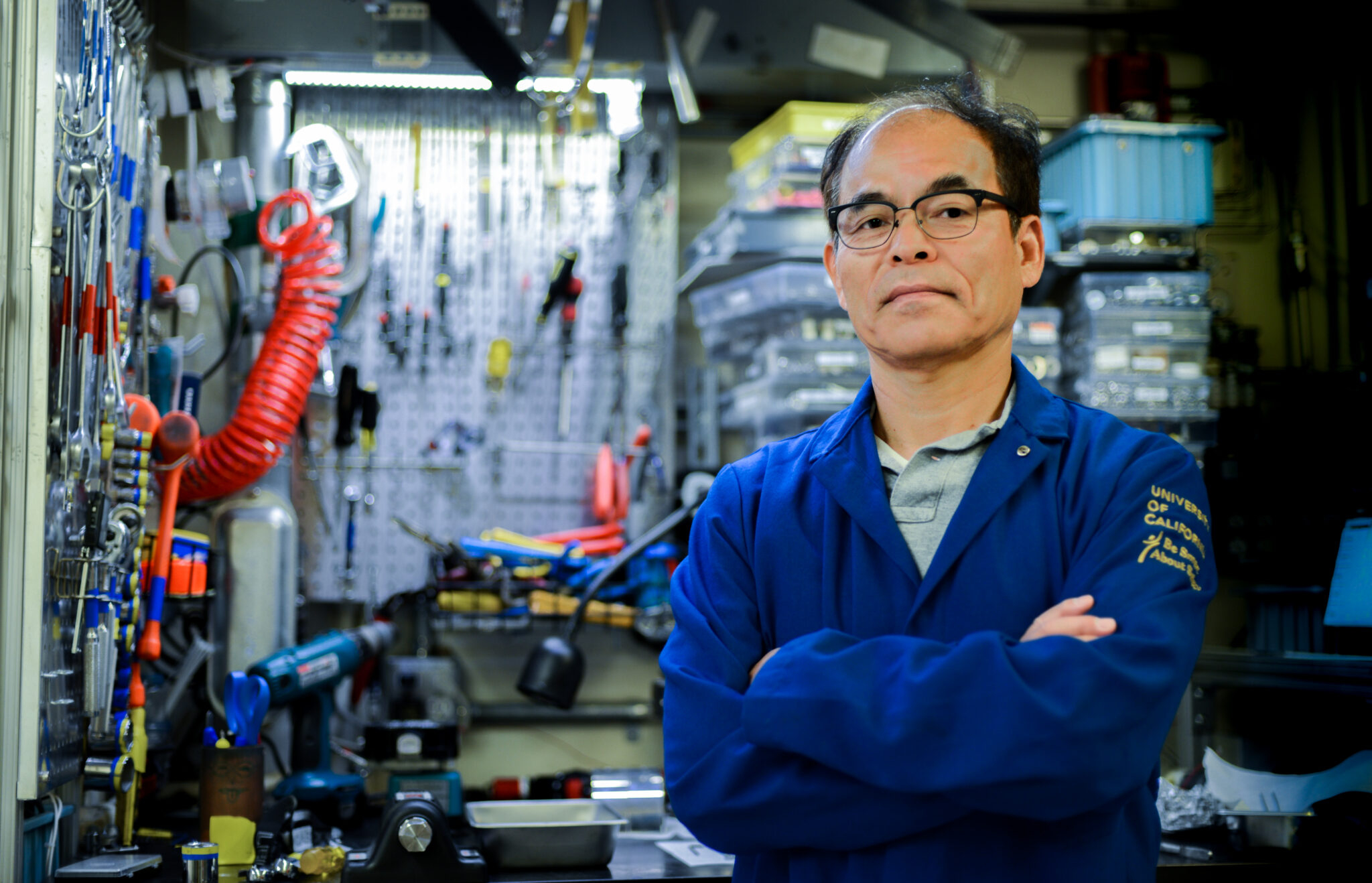 Nakamura was awarded the 2014 Nobel Prize in Physics for the invention of blue LED. Courtesy of Shuji Nakamura

The origin of blue LED technology traces back to Japan in the late ‘80s, at a small chemical and electronics company called Nichia Corporation. Shuji Nakamura  – a UC Santa Barbara faculty member since 2000 – developed this technology when he was a member of the research and development team at Nichia. His work has laid the foundation for much of the lighting technology we use today.

On Feb. 2, Nakamura earned the Queen Elizabeth Prize for Engineering, one of the most prestigious awards in the field of engineering, for the development of blue LED technology alongside his collaborators Isamu Akasaki, Nick Holonyak Jr., M. George Craford and Russell Dupuis.

In light of his recent award, Nakamura credits Chancellor Henry T. Yang and the UCSB staff and faculty of the engineering department for their support.

“Among the engineering prizes, the [Queen Elizabeth prize] is among the most prestigious because, you know, everyone knows Queen Elizabeth,” Nakamura said. “So I’m so surprised and happy. Since 2000, Chancellor Henry Yang especially has supported me. I have been here for over 20 years, and without the support [of him, staff and faculty], I would not survive, so I appreciate them a lot.”

But back when blue LED technology was just a concept, Nakumura was just one of the 160 employees at Nichia. Despite his fervent desire to research and develop the technology, his proposal was initially rejected by his boss.

“Almost every time I talked to my boss, I’d joke, ‘Why don’t you do blue LED research at our company?’” Nakamura said. “[He’d respond,] ‘You’re joking. My company is small, we have no money, no brains, no background in semiconductor technology.’”

At the time, Nichia only specialized in preparing materials for traditional infrared and red LED lights. Nakamura was tasked with developing more conventional technology at the time and would be for nearly 10 years, even though what he wanted to do was at the cutting edge.

So Nakamura’s idea remained just that – an idea – for a decade, until he pitched the same idea directly to the chairman of Nichia, Nobuo Ogawa. Ogawa was willing to provide the funding for the research project and Nakamura was given the green light to develop blue light.

Blue LED was the final piece of the puzzle of creating the white LED light that floods our lives today. Nakamura created a high-quality system to develop the growth of gallium nitride, which is a compound found in blue LED.

In 1993, Nakamura succeeded in making a prototype almost three times as bright as other blue LEDs developed at the time. In 1995, he developed a green LED of a similar magnitude of brightness. His work has made lighting and displays brighter and more efficient and allowed for the creation of white LEDs. He is also credited for the blue laser diodes used in Blu-ray and HD DVDs.

Since 1995, Nakamura has received numerous accolades for his achievements in the field, namely his efforts to create cheap and efficient sources of light. He is now working on ways that LED and UV can be used to eradicate potential viruses on surfaces as general lighting in high-traffic areas. Nakamura was famously awarded the Nobel Prize in Physics in 2014 for the invention of blue LED, alongside his collaborators Isamu Akasaki and Hiroshi Amano.

Nakamura said that another current focus of his is laser lighting, which he says is more efficient in material use, and even brighter than LED lighting.

“Laser lighting can extend one kilometer ahead,” Nakamura said. “LED lighting can only go 300 meters ahead. That is our dream right now. We are working very hard to develop efficient power with UV and laser lighting.”