The Daily Nexus
Record Recap
On This Day: Celebrating 50 Years of Carole King’s “Tapestry”
February 10, 2021 at 12:37 am by Katie Caracciolo

Fifty years ago today, acclaimed American singer-songwriter Carole King released her landmark album “Tapestry.” Released on Feb. 10, 1971, the record went on to garner massive commercial and critical success, winning four Grammys and becoming one of only 92 albums to reach diamond-level certification. Sitting at No. 25 on Rolling Stone’s list of the “500 Greatest Albums of All Time,” “Tapestry” has long since taken its rightful place at the heart of the American soft-rock canon. 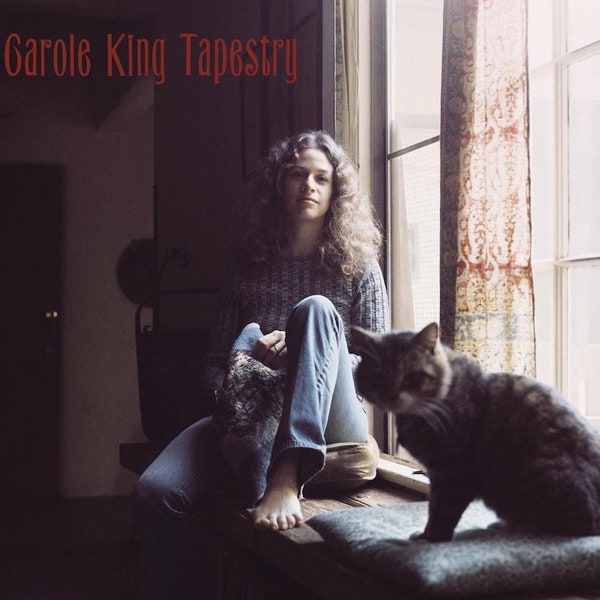 Though released the day after King’s 29th birthday, the album covers themes of lost love and deferred dreams with a resounding maturity typically characteristic of a much older artist. King’s impressive lyrical songwriting combined with her warm, raspy vocals and searing instrumental performances from world-class studio musicians makes the project’s 44-minute runtime one of the most enjoyable listening experiences ever.

“Tapestry” kicks off with a bang with “I Feel the Earth Move,” a powerful anthem about an all-consuming, head-over-heels kind of love. King’s piano riffs cry out at the top of the mix, perfectly blending with her emotional, achingly human vocals. Though the tone of the rest of the album is significantly more melancholic, this opening track sets a powerful precedent for the masterful songwriting and instrumental performances to come.

In “So Far Away,” King mourns a distant love, lost dreams and the pitfalls of growing old. The track features a lovely, truly-‘70s jazz-flute solo that Will Ferrell’s iconic character Ron Burgundy would surely love. And paired with “It’s Too Late,” a slightly more upbeat (though equally mournful) love song, this track paints a painful picture of a relationship in freefall — not surprising for a woman only recently divorced from her childhood sweetheart and songwriting partner, Gerry Goffin, whose lyrics appear on several tracks of the album.

Acting as a reprieve from the heartbreak is “Home Again,” a limerick-like tune clocking in at only two-and-a-half minutes. Though brief, this song shines in its simplicity. King sings, “Snow is cold, rain is wet … I won’t be happy ‘til I see you alone again, ‘Til I’m home again and feelin’ right.” These lyrics, though lacking the loaded metaphors and complex rhyme schemes of earlier tracks, hold true power in their universal relatability. Here, King proves that her greatest strength as a songwriter is her thoughtful reflections on the human experience, offering comfort in life’s shared pains.

Next up is “Beautiful,” a powerful anthem of optimism in the face of the commercial monotony of the late-20th century. This track gets its title from the jukebox musical about King’s life, which opened in San Francisco in 2013. The show was nominated for seven Tony Awards (winning 2), and won the 2015 Grammy Award for “Best Musical Theater Album.” This musical, which covers King’s prolific career from a teenage songwriter to the recording of “Tapestry,” stands as a testament to King’s importance to the music world over the decades.

The soulful “Way Over Yonder” closes out Side 1, paving the way for “You’ve Got a Friend,” a heartwarming ode to the power of steadfast friendship. Here, more than in any other part of the album, King displays the true, emotional power of her voice, hitting resounding high notes with goosebump-inducing clarity. In this masterclass of a song, King proves that she excels not only in romantic songwriting, but can aptly celebrate all types of love, whether it be between friends, lovers or family. This heart-wrenching ballad won both the Grammy Award for Best Male Pop Vocal Performance (for James Taylor’s version) and Song of the Year, the first time the accolade was awarded to a woman.

Significantly turning down the sentimentality is “Where You Lead,” a simple pop-rock ballad, perhaps best known to modern readers as the theme song for the early-2000s hit TV show “Gilmore Girls.” King actually played a recurring role on the show — one of several acting credits she’s racked up over the course of her career. Though lacking the tear-jerking shine of the previous track, this song’s cheerful vocal harmonies and prominent organ part help to stand its ground among the melodic giants of the album.

One such giant is “Will You Still Love Me Tomorrow?,” one of the greatest love songs ever written. Penned in collaboration with Goffin and originally recorded by The Shirelles in 1960, this song became the first Billboard No. 1 hit by a black, all-female group. King’s version is notable for the vulnerability she places behind the pleading lyrics, as well as backing vocals from music icons Joni Mitchell and James Taylor, giving the recording a truly ethereal quality. “Will You Still Love Me Tomorrow?” has inspired countless gorgeous covers, perhaps most notably by Amy Winehouse from her posthumous 2011 album, “Lioness: Hidden Treasures.”

“Smackwater Jack” and “Tapestry,” the former of which King wrote with Goffin and the latter of which won the Grammy Award for “Best Female Pop Vocal Performance,” build up to “(You Make Me Feel Like) A Natural Woman,” a powerhouse of a closing track. Though originally (and famously) recorded by Aretha Franklin, King truly makes the track her own, bringing the voice listeners have come to know so intimately over the course of the album to new heights. On the final song of this fantastic album, King sings to the rafters, her own piano playing backing her voice up with perfect unity.

Though King’s “Tapestry” embraces a distinctly ‘70s sound, her (and her collaborators’) songwriting is so universal that the songs still feel fresh 50 years later. The album’s tracks offer a distinct feeling of warmth and comfort, bringing joy to listeners across generations.

Thanks Katie. I remember the songs quite well… back in those days you’d first hear them on AM radio unless you were quite dialed in. “It’s Too Late” was all over AM radio and was number 1 in May, 1971, a time I remember quite well… a close friend died on 12 May 1971, so the song remains seared into my memory. Eventually when I got more money I purchased the album in 1976 or so. I still listen to it regularly, now on my phone.