The Daily Nexus
Outside Opinions
We Can’t Hide From Our History
February 3, 2021 at 12:00 pm by Jarod Ramirez 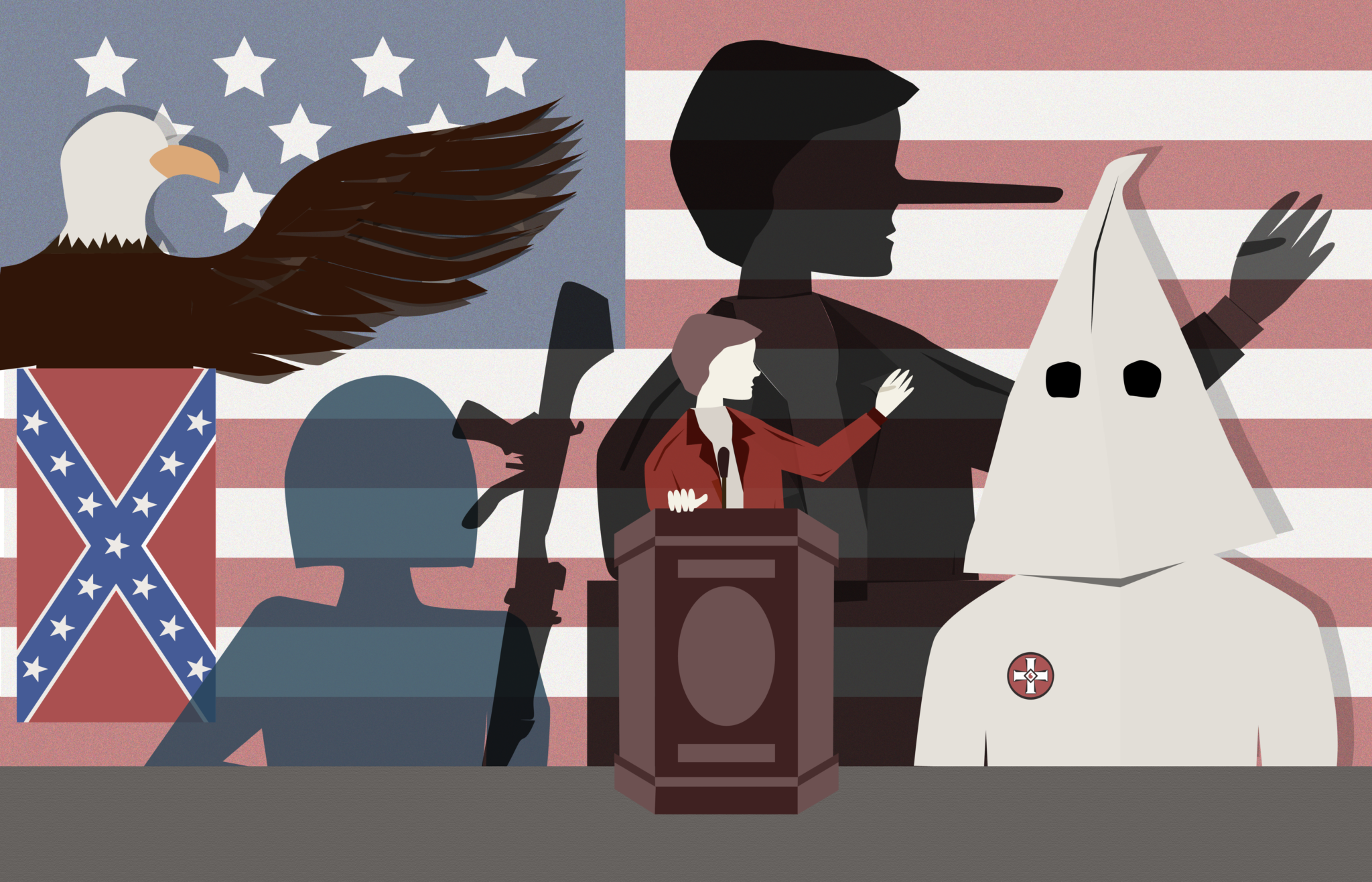 In the wake of events of what happened in the Capitol on the 6th,  I’ve seen a lot of people come out of the woodwork and say that the storming of Capital Hill was un-American — that this is an event that goes against our nature as a country and the values of its people. The truth is that this narrative is entirely false and, unless we confront the reality of American history, we’ll see more events like this happen.

It may be hard to admit, but what we saw during that attack is very much American and something deeply embedded into the foundation of this country. Let’s not forget the Colfax Massacre of 1873, where white supremacists, angered at an election, proceeded to assault and execute 50 Black freedmen. There was also the Election Riot of 1874 where members of the White League attempted a coup on the government of Alabama.

This isn’t just limited to the 1800s, as the Ku Klux Klan was notorious for violence on local governments all through the 1960s. Even the year of 2020 was subjected to a number of right wing militia coups, most notably in Michigan where an anti-mask, pro-Trump militia assaulted the legislature there. Therefore, anyone who says that what happened on the 6th was un-American doesn’t even remember the last year.

The assertion that this is anything but American is the denial of history and is entirely unhelpful. It does nothing to address the legacies of slavery, white supremacy or colonialism. It only hides the real problems. “We” are a nation that is not only home to coups, but also one that has actively supported and facilitated coups abroad in Latin America, Africa and Asia. This is a brief explanation of the extensive and violent history of U.S. intervention and it shows what American priorities really are.

The liberals that regurgitate this talking point (and it is mainly liberals) do so to legitimize the American state and their position in it. They are trying to play a game of patriotism, and it is a game that they will lose. The right wing has already done so much more to rekindle a nationalist mythology than any liberal misgivings about the “True America” can ever hope to.

This is entirely because you cannot fight fascism with liberal nationalism. And this was a fascist event. This wasn’t just a gathering of supporters of a sitting president. It was a gathering of Nazis and white supremacists. Liberals that are attempting to legitimize the current form of government by calling these fascists un-American don’t understand that fascism and white supremacy grow out of the state.

Historically, fascism arose in a time of economic and political crisis in order to reaffirm legitimacy in the existing government by using cultural myths to invoke a sense of national inadequacy. Fascism in Weimar, Germany and Italy used existing state power and nationalism as a means to destroy democracy. Both of these movements used the idea of a weakened or failing state as a means to push for increasingly authoritarian measures in already existing political structures.

Nowhere has a government been able to survive a movement of fascism by huddling around the traditions of the nation. It didn’t work for Weimar, Germany and especially not for Italy, and that’s because fascism is not something you can ever vote out. You don’t sign a ballot box and all of a sudden the Nazis just disappear. You also don’t get rid of fascism by having a weak-willed alternative elected into office. That is because fascism gets its legitimacy from the state, and you cannot out-nationalize the ultra nationalists.

Fascism was only halted in Spain and stopped in the UK because people, not politicians, directly confronted it. People united in solidarity and opposed fascism in the streets and in their community in daily — and often bloody — struggle. They moved across county lines to form coalitions which often defied the nationalism of their countries.

This is a call for people to recognize that the Democratic Party and Joe Biden will not save us. This is true by the fact that after four years of attacks on Black, brown and LGBTQ communites, it is only now they have decided to do anything. The storming of Capital Hill isn’t the end. It isn’t a gasp of a defeated movement. The far right succeeded in showing that they have power and, whether we like it or not, they can do whatever they want with it. The only people who can save us are ourselves. We don’t combat fascism based on nationalism — we combat it through mutual solidarity with the people around us. It is combated by diverse coalitions that would defy the label of “American.”

No amount of political posturing, “national healing” or ineffective centrist presidents will deal with the real issues of this country. If “we” continue to say that these types of events are un-American and that “we” are the true Americans, we’re only deluding ourselves. The people that took over the Capitol Building are American and the ideas they fight for are at the very heart of this country. Slavery and white supremacy aren’t terrible offshoots of the nation. They are embedded into the heart of it.

The only way we can combat this movement is by reckoning with that past. Rather than trying to revive a false history, we should instead reconcile the facts and revive the real history of democratic struggles in this country. Rather than follow the narrative of the slave-owner, we should follow the narrative of the abolitionist. Instead of worshiping historic slavers, such as the Founding Fathers, we should be inspired by figures such as Harriet Tubman, Nat Turner and John Brown — people who actually fought for liberty.

Until we address the real history of America, we will be blinded in the fog of myth, which is a badly written fiction. Unless we understand how facism grows and how it is organized, the so-called “true” Americans will disappear. We’ll have round table after round table on what it means to be American until fascists break down the door.

Jarod Ramirez looks forward to the day when people stop covering up horrible events with falsehoods.

Incoherent BS! You clearly don’t understand how peaceful our transfer of power is compared to other countries. Any countries. We had no revolutions, no military coup, no dictatorship, no monarchal restoration, no invalidation of elections… the UK, France, Spain, Italy, Germany, Japan… All of those countries had actual successful coups and we had nothing close to that. Also what is your solution to “address racism”? Racism is a thing but it is a thing in every single country that ever existed. And the government is sure not the one that should be telling what world views that its citizens hold.… Read more »