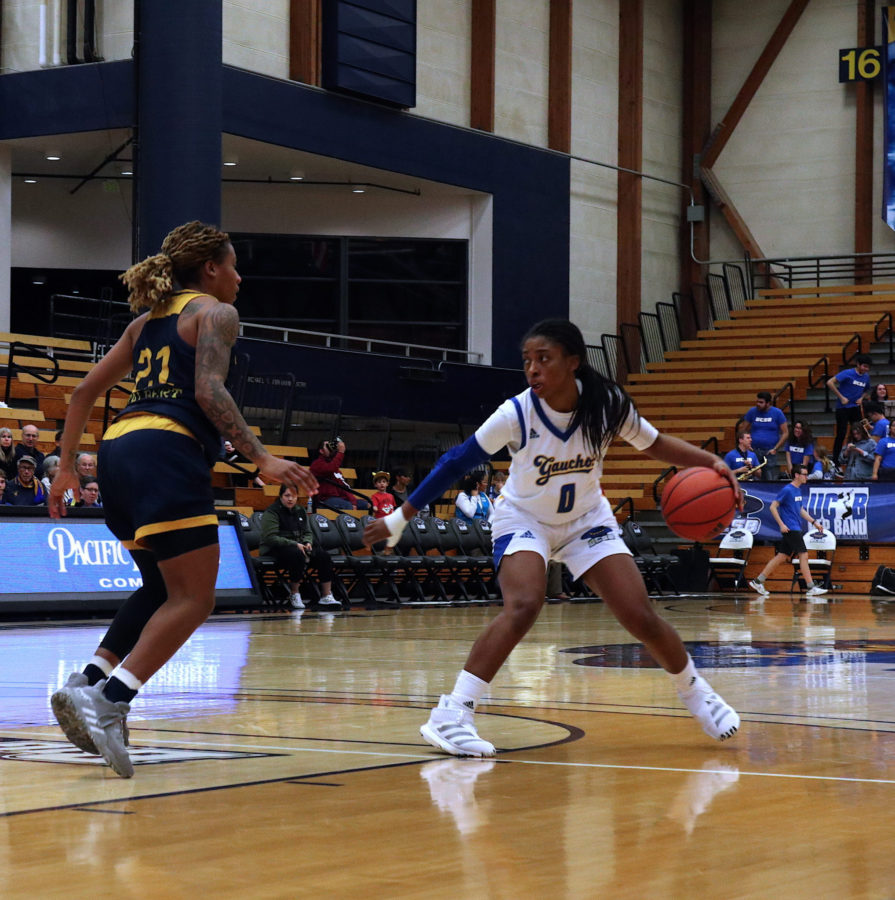 The Gauchos enter this weekend with a 2-9 overall record and 9th place in the Big West after this weekend’s tough losses brought their conference record to 2-5.The matchup against the conference frontrunner Long Beach State will prove to be an intense contest, with the only blemish on their 9-1 overall record coming from a 6 point non-conference loss to the Trojans back in December. With three more conference wins than the second ranked UC Irvine Anteaters, Long Beach will be sure to come into this game determined to build their conference lead even more.

The Beach are in the midst of their longest win streak since the 2014-15 season, having won eight games in a row — the most recent of which was a confidence-boosting away series against the UC San Diego Tritons. Although the first game was won by narrow margins in the final possessions, in the second game, Jasmine Hardy, Long Beach’s offensive powerhouse, tied her season-high scoring record with 17 points, and was joined by four other players who scored in the double digits. In their last game, Long Beach shot 45.6% from the field and 38.9% from the arc, indicating the team has begun to hit their stride on the perimeter.

UCSB is ready for the challenge however, and is looking to repeat their previous performance against the Beach, which was a decisive home victory in the 2020 regular season closer. Although this weekend’s games will be held in the famous Walter Pyramid in Long Beach, the drive to win will remain the same — a drive that is shared by all team members. This was proven during the first game against the Aggies, a game that was only lost by a single bucket largely due to an incredibly productive bench that outscored the UC Davis bench 12-2.

“We like the fact that she’ll raise up and knock down some three’s because that opens up her opportunity to drive,” Henrickson said after Choice shot 66% from downtown in the Saturday matchup against the Aggies.

With an ascending freshman shooter in Choice, the continued excellence of junior Taylor Mole and senior Danae Miller, as well as a highly competitive bench, the conditions may just be ripe for an upset against Long Beach.

The Gauchos will tip-off against Long Beach at 4:00 pm on Friday and Saturday in the Walter Pyramid at the CSU Long Beach campus.