The Daily Nexus
Record Recap
On This Day: The Best And The Worst Of The National Anthem
January 27, 2021 at 10:48 am by Jadon Bienz and Evan Gonzalez 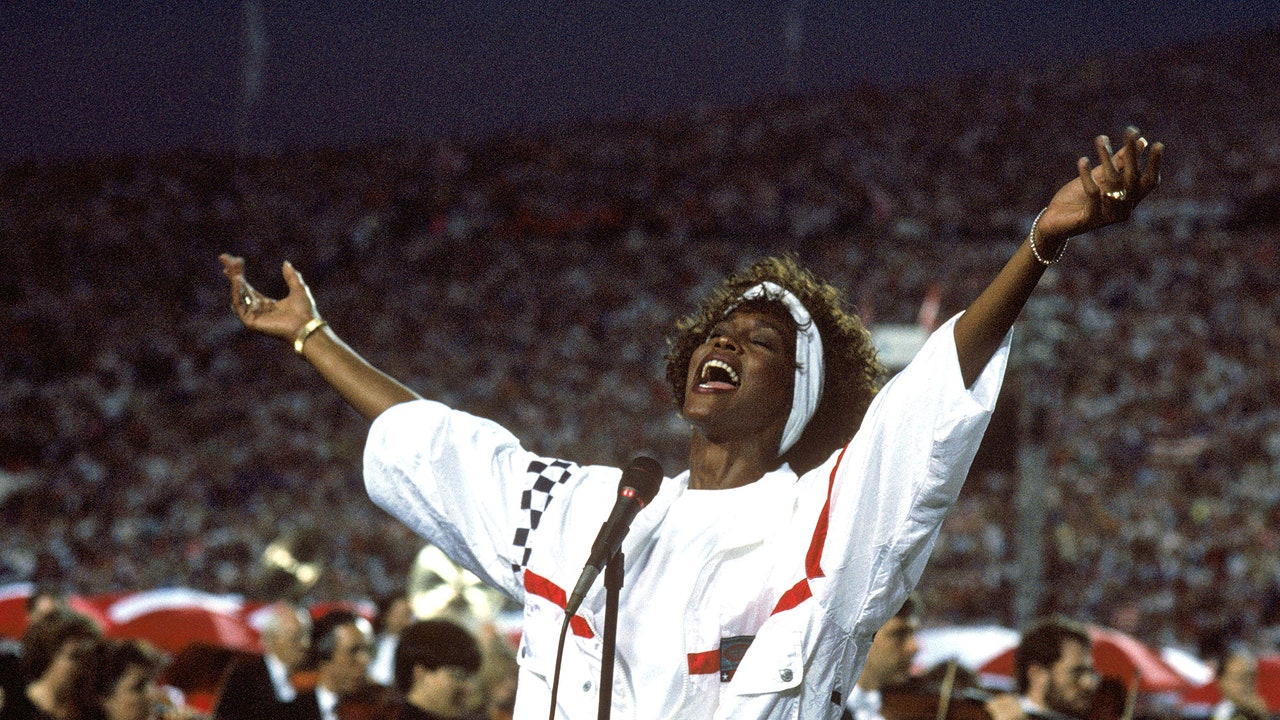 Courtesy of The New Yorker

Donning a white 90s tracksuit, Whitney Houston delivered her legendarily effortless and breathtaking performance of the “The Star-Spangled Banner” 30 years ago today (January 27th) at Super Bowl XXV. Even with Houston’s immense talent breathing new life into the generational tune, the national anthem has had its share of musical and sociopolitical controversies throughout the years.

For people of any country, their respective national anthems are probably among the first songs they ever learned — in the United States, the “The Star-Spangled Banner” is a staple of elementary school education alongside the Pledge of Allegiance. For some, the tune itself evokes pride in the history of the United States and the struggle it had to endure to become a nation. However, for many others, the “The Star-Spangled Banner’’ is a reminder of the country’s deeply troubled past and its failure to rectify the atrocities it has committed.

The most recently memorable publicization of this issue was when the San Francisco 49ers’ star quarterback Colin Kaepernick decided to kneel during the national anthem in a 2016 match. His brave choice led to widespread criticism from conservative pundits, even resulting in him being blackballed from the NFL. Kaepernick’s echoing protest of widespread racial inequalities and police brutalities in America seems to be constantly bubbling under the surface of any nationally televised event. The NBA’s similar choice to kneel for the national anthem in July of 2020 received criticism from then-President Trump, though the less extreme public reaction to this event offers some hope for ideological progress.

This protest via the national anthem is not a new concept — Jimi Hendrix’s cover of the “The Star-Spangled Banner” during the historic 1969 Woodstock concert is cemented in the American musical history canon. The acid-fueled four minutes may seem like an incoherent blend of noise music and rock guitar, but Hendrix’s artistry transformed the anthem into the cry of the American public against the Vietnam War. Hendrix manipulates his guitar using various whammy bar and bending techniques to dissolve the anthem’s fabric into sounds reminiscent of wartime horrors — bombs being dropped, sirens wailing and machine gun-fire. The spectral result is one of the most evocative pieces of modern music documented, all without a single word being sung. The impact of Hendrix’s instrumental cover has led to many other guitarists tackling the piece, albeit with far less emotional substance.

The fact that the “The Star-Spangled Banner” can be covered on the guitar to great effect also speaks to its musical nature, as a tune both great and terrible in its melodic and lyrical difficulty. As opposed to the simplicity of other national anthems, the United States’ national anthem almost requires a trained singer to ensure the high notes don’t sound like a squeal. The antiquity of the lyrical content lends awkward confusion for the majority of those attempting to sing it (“… ramparts we watched/ were so gallantly streaming”). Yet, these difficulties make it even more impressive when a vocalist nails the national anthem — this duality is explored in a thorough video essay by Vox.

The showmanship and performative excess that vocalists tackle the piece with can impress audiences, but can also easily lead to a blunder. The most infamous rendition was sung by Fergie of the Black Eyed Peas during the 2018 NBA All-Star game. Cameras captured NBA stars such as LeBron James and Stephen Curry trying to silence their laughs as they listened to Fergie’s, err, unique and free-spirited interpretation of the national anthem. As excessive and distasteful showmanship can ruin a performance, Fergie’s cover begs the question of what constitutes an ideal performance.

This brings us back to Jan. 21, 1991, when Whitney Houston performed the national anthem at Super Bowl XXV.  Houston’s once-in-a-generation voice transformed what is often a formality at national events into an incredible performance in itself — it’s impossible to explain the powerful crystallinity with which Houston hits high notes and her tasteful vocal ornamentation without experiencing the performance itself.

Conductor John Clayton also assisted in the efficacy of Houston’s performance. Besides peppering the tune with subtle yet evocative chord changes, his rearrangement incorporated four beats per measure instead of three, providing her vocals with additional breathing room. This trailblazing rendition has shifted the popular composition of the “The Star-Spangled Banner” itself, even leading to alternative popular chord arrangements in renditions since. Houston’s rendition of the anthem became such a staple of American culture that it was re-released after 9/11, peaking at No. 5 on the Billboard’s Hot 100 Chart and being certified platinum by the Recording Industry Association of America (RIAA).

Sandwiched between President Biden’s inauguration and the upcoming Superbowl LV, the 30th anniversary of Whitney Houston’s historic national anthem cover is the perfect occasion for reflecting on the best and the worst of “The Star-Spangled Banner.”  While Houston’s performance can never be topped in its ingenuity and pure power, Lady Gaga  most recently performed the anthem at President Biden’s inauguration to great success — an uplifting performance mirroring a revived hope for America. While Houston is sadly not here to see the impact her rendition of the anthem had, her memory still lives on in her irreplaceable talent and in the performance that inspired a generation of vocalists.