Last Thursday, Nov. 21, a panel of sex work activists came together to discuss their experiences and offer insight on working in the sex industry during the global pandemic. In collaboration with UCSB’s Multicultural Center and the New Sexualities Research Focus Group, “Sex Work in the Time of COVID-19” touched on topics such as safety concerns, mismanagement in adult entertainment clubs and the hardships that come along with being a part of a vulnerable population. Organized by Dr. Mireille Miller-Young and Dr. Terrance Wooten, the panel sparked an open discussion about a lack of resources sex workers have at their disposal during this time. 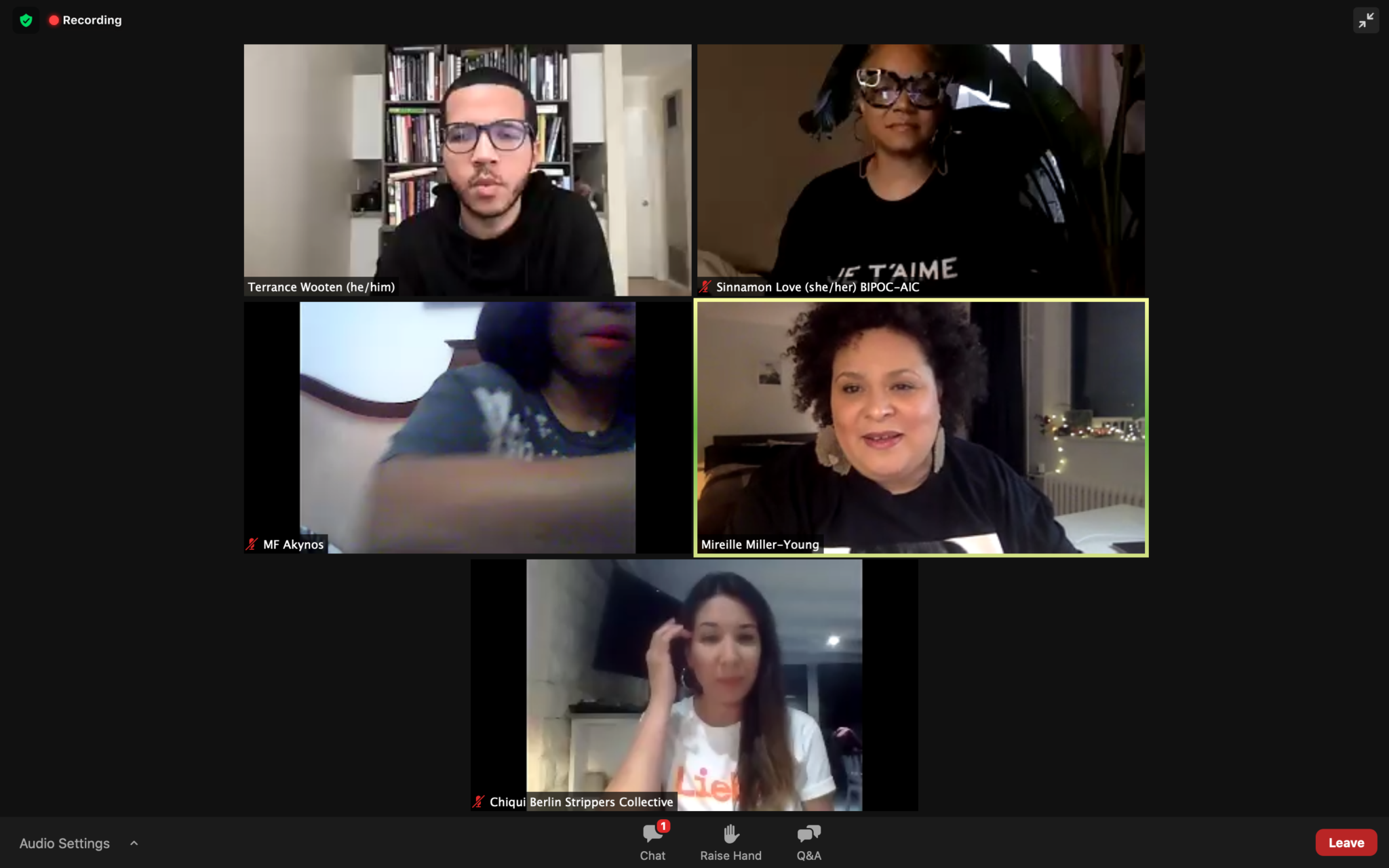 Chiqui Love, the founder of the Berlin Strippers Collective, started off the discussion by addressing the issues sex workers faced before the ongoing global health crisis. She specifically highlighted the experience of strippers, mentioning that workplace safety was already precarious: “Guys could be very aggressive toward us, and the manager had a policy stating that we could not complain.”

In an already overburdened setting, where clubs were overcrowded and owners exploited newer strippers, dancers were also fined for canceling shifts. When the pandemic broke out early last year, there was zero regard for the health and safety of the workers. According to Chiqui Love, there were no COVID-19 restrictions in place and strippers were fired when they brought up their concerns.

The discussion turned over to MF Akynos, who sparked a conversation about the struggles of advocating for sex workers through each of their collectives. As the founder of the Black Sex Worker Collective (BSWC), some of the main issues Akynos faced included other people’s doubts about her leadership as well as pushback for her cause. While organizing the collective’s first demonstration for International Whores’ Day, other organizations did not acknowledge — and even brown-nosed — BSWC.

Sinnamon Love, founder of the BIPOC (Black, Indigenous and People of Color) Adult Industry Collective (BIPOC-AIC), chimed in about pushback to Black leadership within the industry and how COVID-19 and the Black Lives Matter movement changed the landscape. “Prior to my career, people have been having conversations about racist depictions of Black and Brown people. Companies that have a product line founded on racism started issuing these statements that they stand with their Black employees,” she asserted.

When asked about the consequences of the pandemic and its impact on communities, Sinnamon Love talked about the intersectionality of different types of jobs that sex workers hold, adding that “just because someone is online, it doesn’t mean that they’re making enough money to pay their bills. There is no binary when it comes to sex work.” Her organization has worked to help sex workers who could not apply for pandemic relief benefits because of the industry they work in.

Conveying a similar sentiment, Chiqui Love shared her experience of being out of work and having to rely on her savings and money from sex worker-related grants.  However, she soon faced a moral dilemma as this was not the case for her colleagues.  At her former strip club in Berlin, she saw girls from countries like Poland and the Czech Republic, including immigrants, working-class people and single moms, who would come to work for the weekend without registration. On one hand, she and other workers did not want to support a system that exploits them and unemployed women, but on the other hand, these workers still needed a source of income. Because they had friends who needed to work to support themselves, many of the workers also did not mention anything to the authorities about their club manager telling them not to get tested for COVID-19.

“The government is now using [COVID-19] as a reason to try to turn back the clock on sex worker movements,” Akynos declared. She went on to talk about the decriminalization model and the revival of the old trope that sex workers are the ones who spread diseases.  The fines that they face can be excessive and add to the mountain of fears that the community faces, with some people even going so far as to compare these fines to “pimping” them out.  She also added that COVID-19 is being exploited as an excuse to be xenophobic toward sex workers.

The problems that sex workers have faced for years have only amplified with the economic downturn caused by the pandemic, such as the issue of housing.  For Akynos, the cost of living in New York City was one of the main reasons for her relocation to Berlin. According to her experience, the cost of living in hotels when sex workers are unable to find housing takes up the majority of their paychecks. Sinnamon Love added that among the general public, and even within sex worker organizations, there is a misconception that the size of a worker’s fanbase correlates with their income. However, many of the grants she applied for were need-based. “Well, I’m immunocompromised and I have an immunocompromised child. I can’t fucking work,” she said.

Once all three panelists shared their thoughts on the troubles the sex worker community faces during this public health crisis, they turned their attention towards finding solutions.  The stigma surrounding sex workers will continue long after the pandemic, but Sinnamon Love believes that conversations around sex work, such as systemic oppression and lack of resources, should be openly held, as they can change a lot of perspectives. She added that more identities should be included in these discussions, such as masculine-presenting people. The discussion ended with a final question from the audience asking whether people should work on eliminating the systems that push people into the sex work industry in the first place or if more attention should be placed on reforming the sex work industry itself. Akynos expressed that shifting the way people see sex workers would create change when there is no crisis that incentivizes people to care about sex workers: “We have so many skills and so much stuff to offer to the community, but [people] have this idea that [sex work] is only about intercourse. Until that starts making a shift, the fight just goes on the same.”