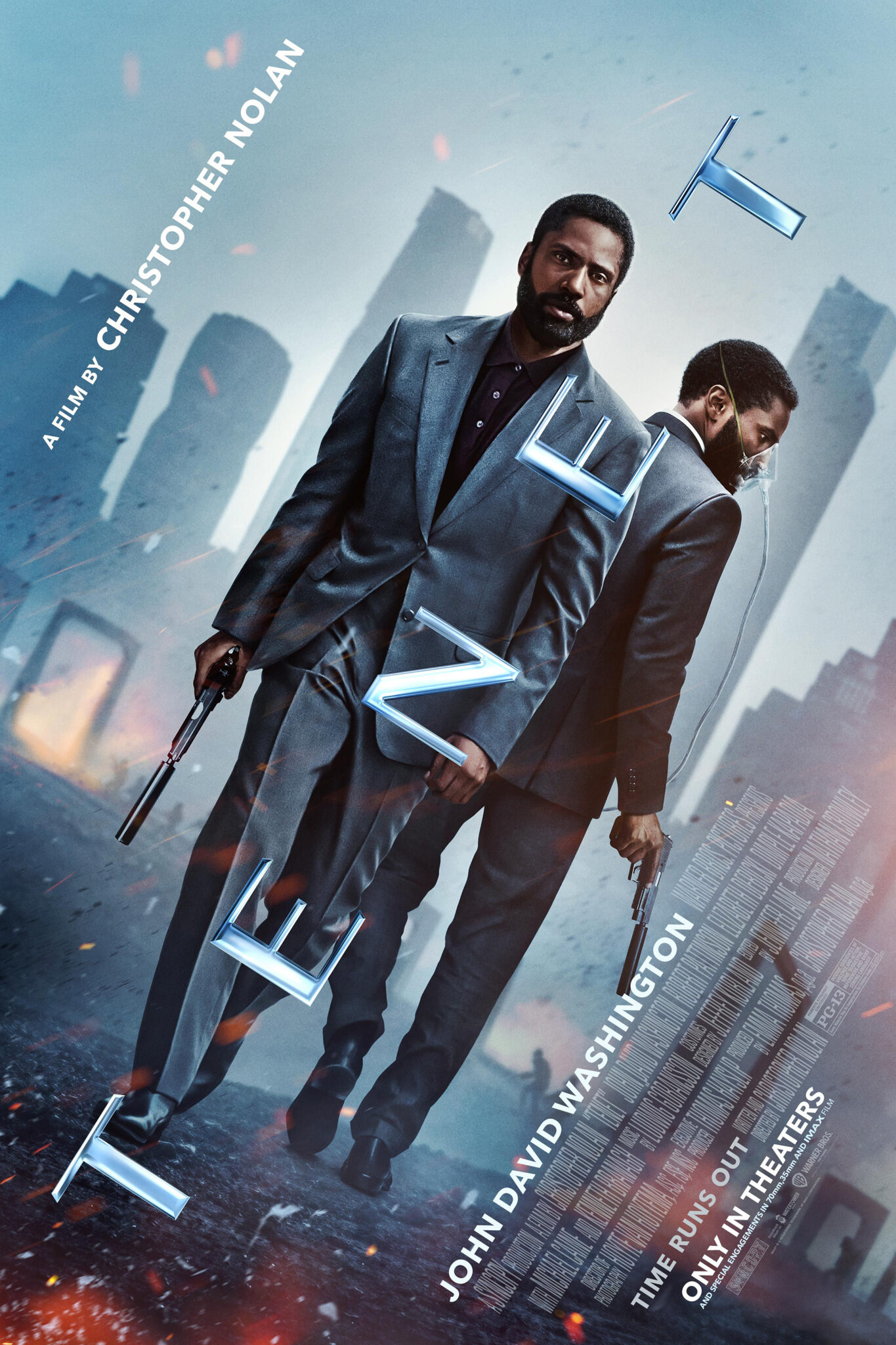 Over the past decade or so, Christopher Nolan has garnered widespread acclaim and recognition for his mind-bending, time-manipulating narratives: the multidimensional dream sequences of “Inception,” the cosmic time dilation of “Interstellar” and the triumvirate of intersecting, separately paced stories in “Dunkirk.” Nolan’s latest film, “Tenet,” takes these concepts to an extreme, sending us on a whirlwind journey of secret spy societies, apocalyptic threats and a wild, assuredly Nolan-esque time-traveling premise. While several of Nolan’s previous films confound the viewer through the intricacies of their storylines, “Tenet” will baffle audiences for a different reason: how such a talented director with so many resources at his disposal can create a film so bloated, convoluted and, above all else, disappointing.

“Tenet” follows the story of The Protagonist (John David Washington), a CIA agent inducted into Tenet, a shadowy organization dedicated to preventing World War III. The weapon of choice? A new piece of technology from the future that can reverse an object’s (and, as we come to find out, a person’s) entropy, effectively sending them backward in time. At the center of the conspiracy is Russian oligarch Andrei Sator (Kenneth Branagh), who is in cahoots with an unknown group from the future that is planning to destroy the world as we know it. His wife, Kat (Elizabeth Debicki), provides a way for The Protagonist to get close to him: She is effectively held hostage by the abusive Sator because of her love for her young son, whom Sator holds over her head as a bargaining chip. As setups to spy thrillers go, “Tenet” is not bad at all. But it’s not long after the opening scene that the cracks begin to show.

This movie confuses the audience not because of the complicated nature of its plot construction (although there is, as with most Nolan films, plenty of complexity there as well), but rather from the clumsy, disorganized and often superfluous nature in which it delivers information to the audience. The first half of this movie is a deluge of exposition, characters, concepts and locations, all shoved into our faces with little grace and even less time to comprehend them.

The film’s central “reverse entropy” concept, while incredibly compelling, requires a considerable amount of time to process. No sooner than it is introduced, however, does the film whisk The Protagonist away to another country, with another set piece and even more new characters, raising new questions without answering any of the previous ones. Questions fundamental to the narrative simply go unanswered throughout the film (Who runs Tenet? Who is the future group that wants to destroy the world? Who is the paramilitary group that shows up midway through the film with no explanation?). 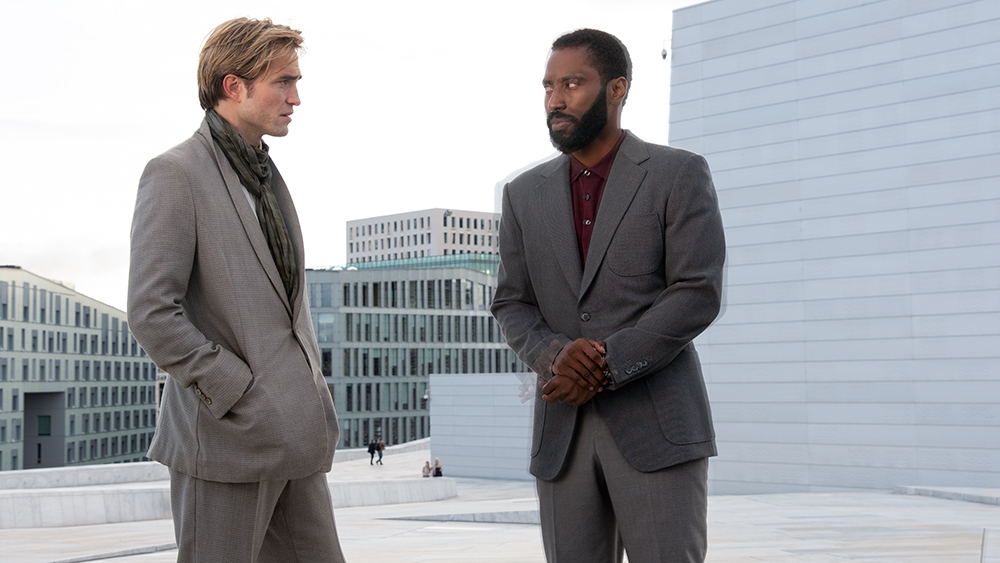 The audio, too, is of no help in this regard, with obnoxiously loud background noise often obscuring dialogue, making an already confusing film all the more incomprehensible. The result is a film that lurches along through the inertia of its director alone: a promise that, in the end, it’ll all make sense — just not necessarily to you. Nolan knows where the plot is going. So what if you don’t? He’s the auteur, after all.

But dig past the frustratingly opaque nature of the story and you’ll find that even if you manage to grasp the plot of “Tenet,” there isn’t much of anything to this film beyond its time-traveling concept. Its characters are paper thin and completely one dimensional, and as a result it’s difficult to care about any of their plights, let alone the fate of the world. The writing of Debicki’s character Kat in particular deserves special condemnation: Her entire purpose in the film seems to be to talk about how much she loves her son and to be excessively abused by Sator as a cynical ploy for the audience’s sympathies. This isn’t an indictment on Debicki’s acting ability — on the contrary, her empathic performance in the face of this cruelty makes the most of her flimsy character.

In fact, most of the cast puts in admirable performances. Washington’s understated confidence brings a welcome sense of calmness to the often chaotic proceedings, and he has good interplay with Robert Pattinson’s Neil. Their dialogue, however, often resembles the pompous musings of a first-year philosophy student, smugly referencing free will and determinism without ever making the effort to explore these concepts in greater depth. As a result, without the unnecessary convolution of its plot to obscure it, “Tenet” finds itself lacking in the kinds of emotional and philosophical complexity it has the ambitions of providing.

Even in the face of its flaws, there is entertainment to be found in “Tenet.” For all of Nolan’s flaws as a writer, he does still know how to put on a great action scene — undoubtedly buoyed by his commitment to huge scale and practical effects. There are a couple of sequences in the film so genuinely breathtaking in their scope and execution — the “reverse entropy” effects provide a welcome wrinkle — that they are arguably worth the (on-demand) price of admission alone. The music, too, is excellent; although Hans Zimmer doesn’t reprise his usual role as Nolan’s composer, Ludwig Göransson’s bass-heavy synth soundtrack is more than up to the task. But a few good action scenes and good music do not make a good film. And “Tenet” is not a good film but a collection of interesting ideas let down by the muddled, disjointed nature of its writing. Nolan has already proven that he can do far better. We can only hope he does so in the future.