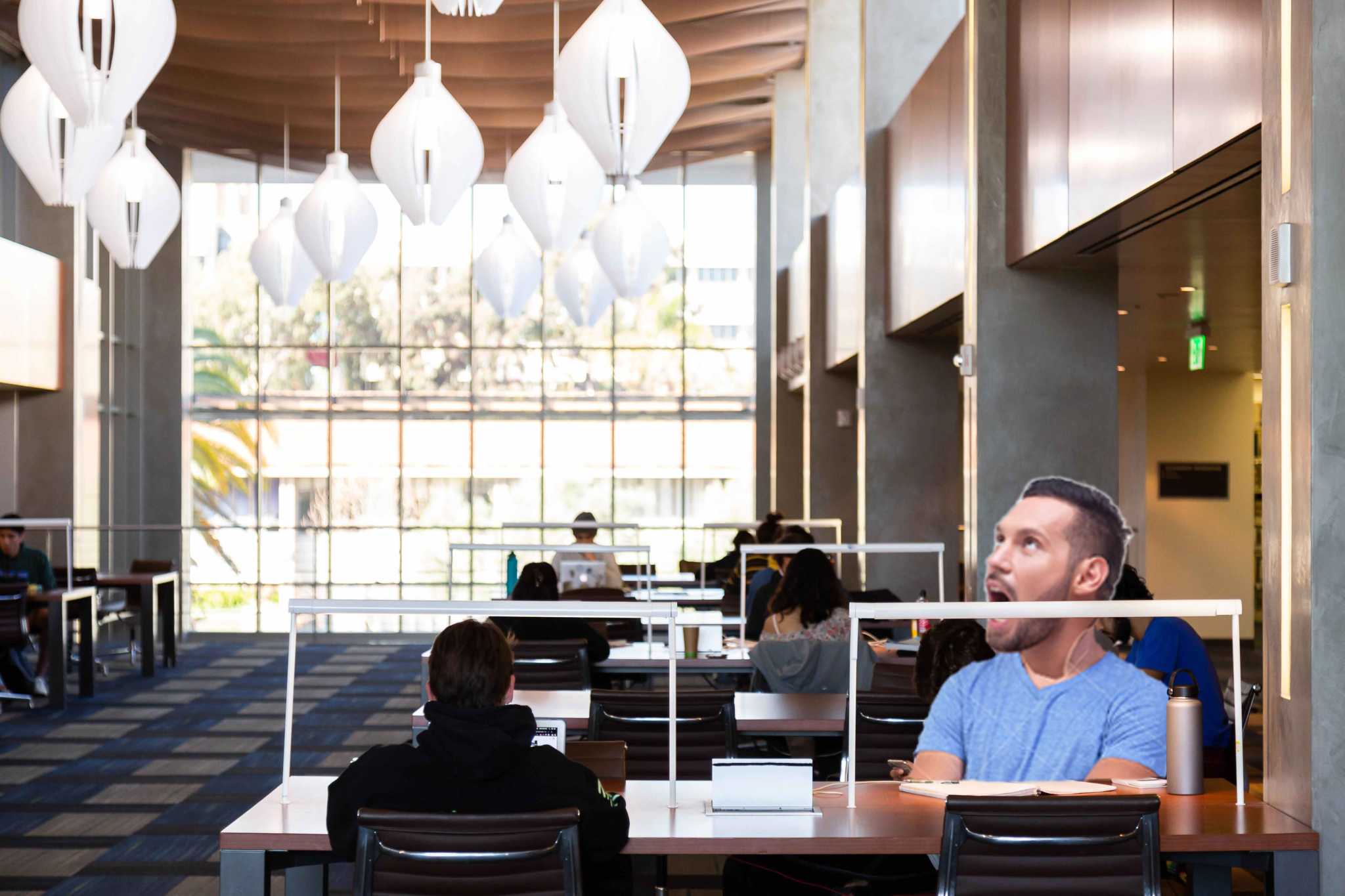 UNIVERSITY LIBRARY — Every Gaucho’s favorite study safe haven has grown hauntingly quiet in the presence of Miss Rona. The once butt-warmed chairs have chilled, the stark silence from the lack of crying S.T.E.M. majors slithers through the halls and the books on the shelves continue to collect dust (as if they weren’t already — in fact, we’re pretty sure they were dustier back before all of this). Though recent polls suggest that the majority of Gauchos would “give anything” to “just have one more good cry on fourth,” one desparate Gaucho seems to be taking the library’s closure the hardest: second-year chemistry major and seasoned library masturbator, Brenton Littlewood.

Littlewood has since had to resort to spanking the monkey in alternative semi-public spaces to get the same rush. “The Freebs bathroom always has a code on it and Sands is too sandy,” said Littlewood, regarding his new study spaces of choice.

“I can hardly ever get anything done. It’s just not the same as the true on-campus experience. Just that lack of structure, you know?” Littlewood added, winking for effect. What effect, exactly, is still unknown. “And don’t even get me started on partner projects!” Littlewood then let out a chuckle and tried to blink once more, but instead burst out in tears.

It is rumored that Littlewood still roams the University Library’s halls at night in search of one more ethereal wank.