The Daily Nexus
Sign of the Times
Warped Views on Congressional Leadership
December 28, 2020 at 9:00 am by Nicholas Liu 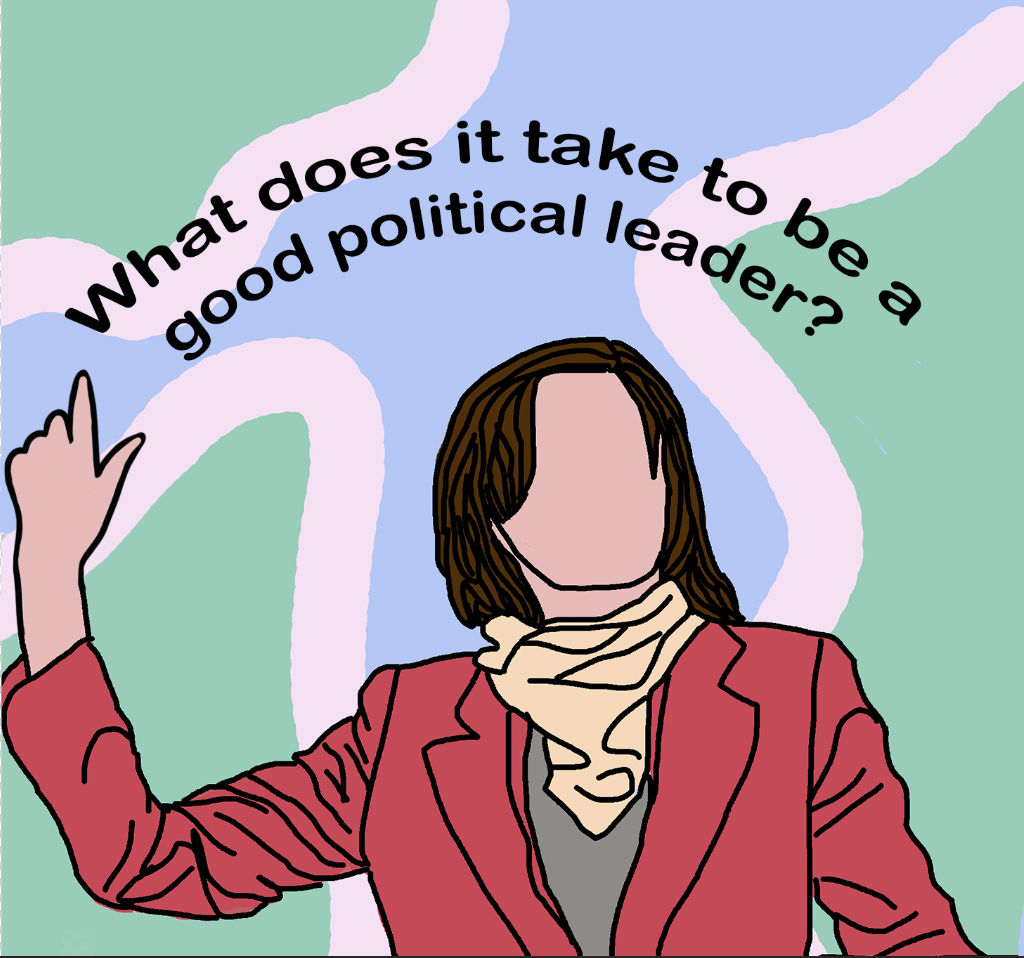 One nippy December afternoon in 2018, the federal government was on the brink of shutdown, and Speaker-elect Nancy Pelosi entered the White House as one of four historically unpopular congressional leaders. She was too old, said cable news talking heads and anonymous keyboard warriors alike. Too polarizing. Not centrist enough. Not progressive enough. A swamp creature. An electoral albatross. It was time for her to go. But when she later emerged from the meeting swaggering in her red Max Mara coat, events were already in motion that would make her, however fleetingly, the toast of the political center-left.

The images of Pelosi pointing at Trump and generally displaying a lot of sass galvanized Democrats, and the political chatter soon turned from dumping her out of the Speaker’s chair to how she could, after all, be a standard bearer for the opposition. That this revelation came at this particular juncture reflects how many Americans do not quite grasp what it means to be an effective congressional leader.

The issue is not that Pelosi stood up to Trump — the president was, by all accounts, acting extremely petulantly and deserved a stern rebuke. The issue is that observers are too often projecting the conventionally ideal qualities of national candidates—charisma, youth, attractiveness, popularity—on congressional leaders, whether in the form of appraisal or criticism. While it is generally a good thing when a prominent figure can generate positive publicity and boost party morale, public personality-based qualities should not be the most important standard for evaluating the caliber of a congressional leader and their ability to fight for their party’s ideological goals.

But surely, being a congressional leader isn’t all about the inside game? Is it not a problem that Pelosi and Chuck Schumer are out-of-touch boomers with less charisma than wet earwax? Not so.

Firstly, congressional leadership is not a very good perch to make appeals directly to the American people. Pelosi and Schumer already have to direct and placate their own herds of ambitious, headstrong, attention-seeking egotists — better to delegate the task of public persuasion to more eloquent colleagues unburdened by the travails of leadership. And now that Joe Biden and Kamala Harris are preparing to enter the White House, Democrats can make use of the presidential bully pulpit as well.

Secondly, it is exceedingly difficult to be a public face for the party without impairing their effectiveness as caucus managers. The level of charisma is largely irrelevant. Chuck Schumer could speak with the mellifluous growl of Sir Christopher Lee and Nancy Pelosi could say “Toos-deh” like Katharine Hepburn, but it would still be their political positions that receive the most media attention, which in turn would be used as a cudgel against the members of their caucuses.

To a certain point, it also doesn’t really matter what their political positions are; whether they are staunch leftists or incrementalist moderates, some voting demographic is going to be offended. Congressional leaders best protect their more vulnerable incumbents by stepping away from the spotlight and giving them wiggle room while also not ceding ideological ground and disappointing their base. When congressional leaders are not so deeply ingrained within the public consciousness, it becomes that much harder for Republicans to effectively label red and purple-state Democrats as Pelosi or Schumer-lite.

Political observers tend to equate inconspicuousness with passivity. That is a mistake. Pelosi and Schumer absolutely should not “get in front of cameras” and “make a f***ing racket.” That’s AOC’s job. Because she’s not in the party leadership or considered to be a member of the traditional establishment, AOC can generate enthusiasm among the left while still maintaining plausible deniability when it comes to representing the caucus as a whole. Congressional leaders do not have that kind of freedom. What they can do is fight with their own weapons; to shepherd or block legislation as a means to give tangible credibility to their candidates’ talking points and make a positive impact on the American people in the name of the Democratic Party.

The question of Pelosi and Schumer’s competence has become especially salient as Joe Biden prepares to occupy the Oval Office and push what could be an ambitiously progressive policy agenda through Congress.

By that standard, both Pelosi and Schumer deserve at least some credit. Pelosi’s two years as Speaker of the House in a unified Democratic government (2009-10) were among the most productive in all of American history despite an unwieldy Democratic caucus and premeditated, lockstep Republican opposition to health care reform, Wall Street regulation and stimulus packages in the midst of a crippling recession. Even when the Obama White House began to get cold feet about some of the more ambitious aspects of what would become the Affordable Care Act, Pelosi insisted on pushing it over the finish line without watering it down.

Schumer, for his part, was the architect of a 2013 comprehensive immigration reform bill that passed the notoriously gridlocked Senate with 68 votes, and upon succeeding Harry Reid as leader in 2016, he thwarted the GOP’s final desperate attempt to repeal the Affordable Care Act. Not only were Republicans denied a single Democratic vote; they also lost three of their own.

None of this was accomplished due to campaign trail magnetism or ironclad ideological conviction; what Pelosi and Schumer had was an accurate read of their caucuses’ needs and the ability to weigh and execute strategic decisions for the good of their party’s broader agenda. The political (and humanitarian) dividends of their work may not be as immediately and obviously manifest as that of campaign-trail drama, but make no doubt of their significance. Ten years of passing and then protecting the Affordable Care Act has allowed Democrats to use one of their most potent talking points in the last two election cycles: the Democratic Party wants to save you and your family’s lives, while the Republican Party wants to tie on a six-figure price tag.

All this is not to say that Pelosi and Schumer are perfect at their jobs. Democrats have often been disappointed in both of them for letting Trump and his enablers get away with too much. Particularly harsh criticism has been leveled against Schumer for being outwitted by Mitch McConnell on the matter of Trump’s judicial nominees, with long-lasting implications. But even then, it is difficult to see what else Schumer could have done after McConnell changed the Senate rules to pass Neil Gorsuch’s confirmation with a simple majority of votes.

The question of Pelosi and Schumer’s competence has become especially salient as Joe Biden prepares to occupy the Oval Office and push what could be an ambitiously progressive policy agenda through Congress. Expectations will be even higher in a scenario where Democrats sweep the Georgia Senate runoffs and clinch control of the upper chamber.

If Democrats fail to use what political capital they have to achieve at least some of their most cherished goals, Pelosi and Schumer deserve to receive their share of the blame. But it is also important for people to understand what being an effective congressional leader actually entails, and review their performance within that framework. Valid criticism puts pressure on political leaders to do the right thing. Baseless criticism distracts and hampers their ability to deliver for the American people.