At this point, Taylor Swift might be known as what Beyoncé and Shakira call a “Beautiful Liar.” Twice this year she captioned her Instagram pictures claiming, “Not a lot going on at the moment,” due to the coronavirus pandemic. Yet, each time, she’d actually been busy working on secret quarantine albums: “folklore” in July, and now “evermore” released on Dec. 11, putting everyone’s diminished quarantine productivity to shame. In fact, she posted the first album’s Instagram teaser on the same day she wrote “cardigan.” “All you do is trim your bangs and lie,” one Twitter user jokingly said in response to the “evermore” teaser. 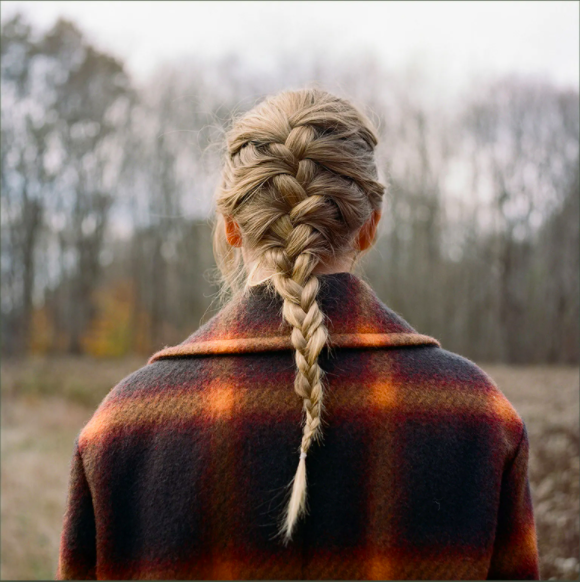 Swift’s new album, “evermore,” both lyrically and sonically picks up where “folklore” left off. “… it feels like we were standing on the edge of the folklorian woods and had a choice: to turn and go back or to travel further into the forest of this music,” she said in an Instagram post introducing “evermore.” She continues further into this forest and after a tumultuous year, a second stripped-down, dreamy Swift album is more than welcome. Unlike the sound of her most recent albums, “reputation” (2017) and “Lover” (2019), the 2020 sister albums reside in quietness, relying on songwriting and simple instrumentals that result in a reflective, honest piece of work. “To put it plainly,” Swift wrote, “we just couldn’t stop writing songs.”

Whereas “folklore” consisted of stories that blurred “the lines between fantasy and reality,” “evermore” seems more grounded in reality, especially in its love songs. The opening song “willow” mirrors the lyrics to Swift’s 2019 song “Lover” when she says, “The more that you say, the less I know/ Wherever you stray, I follow.” The music video fits nicely into the Taylor Swift cinematic universe as it starts with the ending shot from “cardigan,” with Swift then following a golden string to her lover (referencing the “folklore” track “invisible string”). “I’m begging for you to take my hand/ Wreck my plans, that’s my man” she sings softly in the chorus. The song “gold rush,” dubbed the “august” of the record by fans and producers alike, posits the narrator in a difficult decision — she’s attracted to someone who is universally desired. Usually, Swift sways to veiled metaphors to describe love, but here, she recites the chorus like a stream of consciousness and allows pure desire to come out: “I don’t like a gold rush/ I don’t like anticipating my face in a red flush.”

It wouldn’t be a proper Swift album without some emotional devastation. The fifth track “tolerate it” shows the narrator not in a past relationship, but in a fractured one. “I wait by the door like I’m just a kid/ Use my best colors for your portrait/ Lay the table with the fancy shit/ And watch you tolerate it,” showing that the narrator’s effort and time isn’t being reciprocated. This track is also home to one of the most heart-breaking lines on the album: “I made you my temple, my mural, my sky/ Now I’m begging for footnotes in the story of your life.”

Ironically, the song “happiness” is about a break-up, but it’s tinted with hope. There are so many motifs running throughout the song that on first listen it’s hard to keep track of them, but this languid, low-key song incorporates them all flawlessly. Despite the breakup, Swift believes that “there’ll be happiness after you,” as seen in the line “In our history, across our great divide/ There is a glorious sunrise.”

The lyrically poetic show-stopper “ivy” is a story about infidelity. Swift has tackled cheaters in her past songs, but “ivy” portrays a grown-up perspective. “My pain fits in the palm of your freezing hand/ Taking mine, but it’s been promised to another,” she sings over the soft, country-tinged instrumental. Her plant metaphors symbolize the growth of feelings with, “Oh, I can’t/ Stop you putting roots in my dreamland/ My house of stone, your ivy grows/ And now I’m covered in you.”

The song “marjorie,” like the track “epiphany” on “folklore,” pays tribute to one of Swift’s late grandparents: her grandmother Marjorie, who inspired Swift’s love of music. While “marjorie” starts off slow, it builds over time while including short, introspective lyrics. “What died didn’t stay dead/ You’re alive, you’re alive in my head,” Swift believes, referencing the long-lasting effect her grandmother had on her. In typical Swift fashion, she swaps a few words out during each chorus: “If I didn’t know better/ I’d think you were talking to me now.” Swift describes Marjorie as talking, then listening, then singing to her. And in the last tear-jerking line, Swift admits, “I know better/ But you’re still around.”

Swift is accompanied by the Haim sisters on “no body, no crime,” a murder-mystery track that begins with sirens and the sisters snarling, “He did it.” The “Before He Cheats”-like song is a wild ride, starting with the narrator suspecting that her friend Este (referencing the HAIM member’s name) is being cheated on. But they can’t prove it, as there’s “no body, no crime.” The tale takes a turn and the narrator murders the cheating husband, while ensuring there’s an alibi in place: “Good thing Este’s sister’s gonna swear she was with me.” Eventually the blame gets pinned on the mistress. “She thinks I did it, but she just can’t prove it,” Swift sings. However, as she mentioned earlier, if there’s no body, there’s no crime. Such a song makes a listener wonder if Swift’s songwriting abilities can translate to other mediums, like penning short stories or even a novel.

Sometimes, “evermore” feels more like a collection of B-sides rather than an actual album, and it isn’t as cohesive as its predecessor. The song “dorothea” is a bit too upbeat to match the tone of the other tracks, and the title track featuring Bon Iver has his strange falsetto mixed and muddled with Swift’s vocals, unlike the passionate back-and-forth present on “exile.” Luckily, “coney island,” with The National’s Matt Berninger, picks up the slack.

The album still holds its weight with individual songs and storytelling, several of which rank at the top of Swift’s catalogue. It is a worthy follow-up to “folklore,” showing that Swift can play with and master any genre. There’s a rumor that a third album is in the works, but the Swifties are requesting a longer break before another release this time to prepare for more emotional onslaught.