The Daily Nexus
Sign of the Times
The Supreme Court Considers Reviving State-Sponsored Discrimination
December 25, 2020 at 9:00 am by Faiz Surani 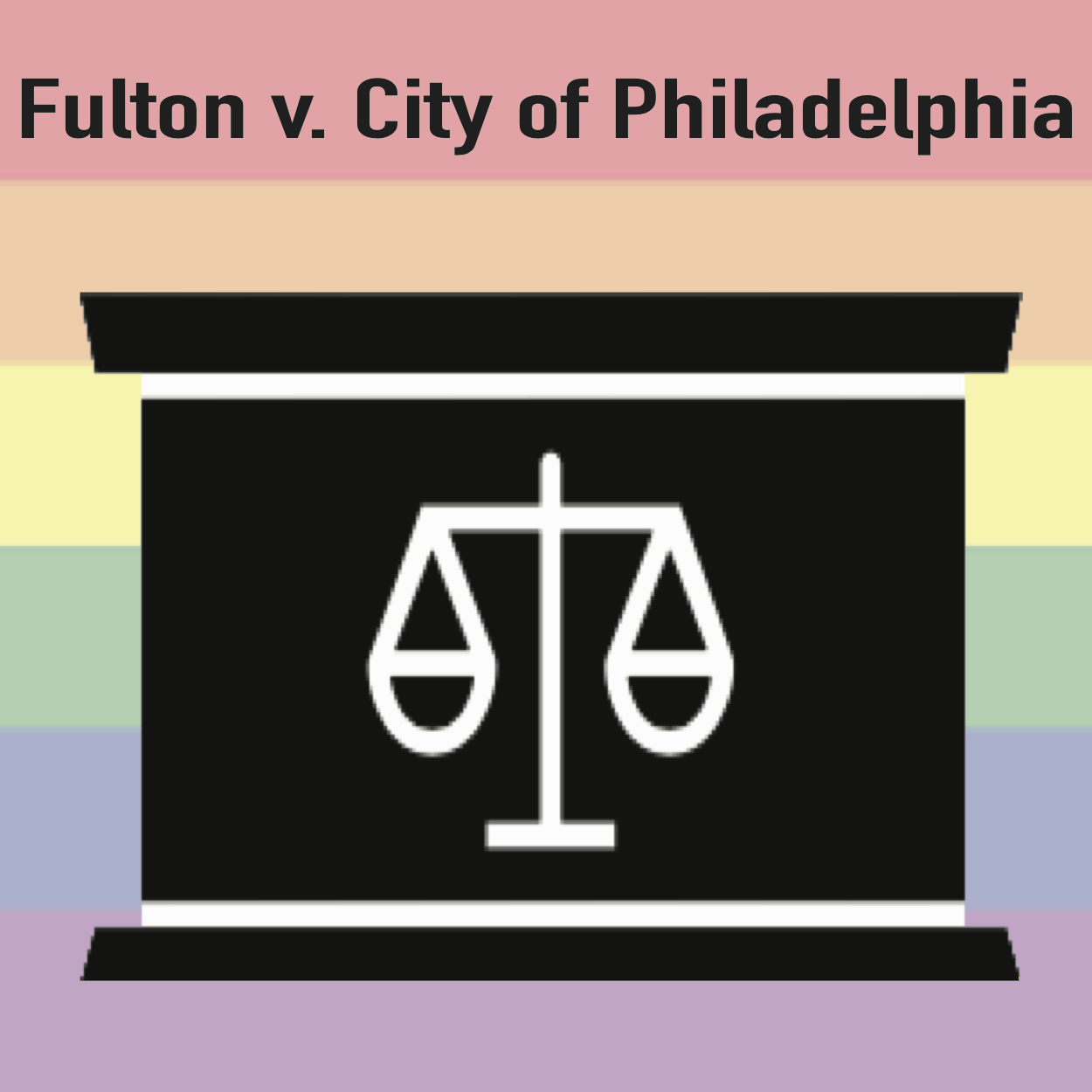 Say what you will about the Supreme Court, but they usually manage to practice basic common sense. With a newly emboldened conservative majority since the confirmation of Amy Coney Barrett, though, the era of (relative) sanity at the Court may be coming to an end.

On November 4, the Supreme Court heard arguments in Fulton v. City of Philadelphia. The case arose after the City of Philadelphia declined to renew its contract with Catholic Social Services (CSS), a foster-care agency. The reason? CSS refused to work with same-sex foster couples on the basis of a religious objection to homosexuality, which violated any number of the city’s anti-discrimination ordinances. The agency promptly sued, alleging the city had violated their religious freedom under the First Amendment by declining to do business with them.

CSS’s legal theory goes something like this: Their religious beliefs dictate that homosexuality is immoral, so they won’t work with gay foster couples. Philadelphia has laws that dictate the city won’t work with any contractors who engage in sexual orientation discrimination (CSS concedes that they do). Therefore, CSS contends that applying the anti-discrimination law to them violates their First Amendment right to freely exercise their religion.

Put gently, this argument is absurd. Imagine if a construction contractor refused to build roofs because it went against their religious beliefs. You wouldn’t be discriminating against them based on their religion by refusing to hire them to build your house. You’d just rather not be rained on quite so much.

The same principle applies here. CSS wants to do half of the job and then claim that the city tramples on their religious freedom by refusing to accept their incomplete work. No one is forcing the agency to do business with the city if they don’t want to do the work the city asks.

They are well within their religious (and contractual) rights to walk away from the city’s bargain at any time because they disagree with the city’s decision to treat gay couples equally. However dubious the merit of that position, it is vital to a pluralistic society that that choice be respected.

Unfortunately, CSS wants it both ways. They want to keep refusing to work with gay couples while forcing the city to continue working with them. The city can just refer same-sex couples to other foster agencies, they argue. I suppose we could just hire a second contractor to build the roof of our allegorical house, too. But neither strikes me as a particularly reasonable resolution, and the Court should not pretend that they are.

Make no mistake: Fulton is not about CSS’s right to hold their religious beliefs. It is about whether they can inflict those beliefs on the rest of society by judicial fiat.

Central to the agency’s claim is their argument that the Supreme Court should overturn its decision in the 1990 case Employment Division v. Smith, where the Court considered whether Oregon could restrict drug usage even as part of a religious ceremony. There, the Court found that “neutral laws of general applicability” did not violate the First Amendment’s Free Exercise Clause. That is, so long as a law is applied to everyone equally and isn’t intended to target religious beliefs, it doesn’t violate the First Amendment as a general rule.

This seemingly sensible principle has drawn the ire of the American conservative movement like few others have. Conservative legal activists have long sought to replace Smith’s analysis of laws affecting religious exercise with what is known as strict scrutiny: a presumption of unconstitutionality unless the government can show that a law is narrowly tailored to achieve a compelling state interest.

This is a profoundly dangerous concept. As the Smith majority explained, applying strict scrutiny — the most stringent form of review, and one that few statutes survive — to every routine regulation that has some incidental effect on religion would be nothing short of “courting anarchy.”

That may seem somewhat hysterical, but one shouldn’t forget what the Court would be saying by ruling for CSS: that religious liberty is so strong an interest that governments ought to be forced to participate in discrimination just to preserve it. It would mean wielding the Free Exercise Clause as a tool to systematically dismantle protections for marginalized groups. The Court has already allowed religious groups to deny female employees reproductive care required under the Affordable Care Act, fire disabled employees and refuse to serve same-sex couples. Anti-discrimination laws? COVID restrictions? Goodbye to all that. Every person or group that doesn’t wish to comply with the law could simply claim a religious exemption, declaring their beliefs a law unto themselves.

There is still time for the Court to course-correct and preserve its legitimacy as a nonpartisan, pragmatic body. But the Court’s conservatives increasingly show little interest in doing so. Nowhere is that more apparent than in Justice Samuel Alito’s recent speech to the Federalist Society, a prominent right-wing legal group. Alito, with all the confidence of someone who can count to six justices, gave perhaps the most partisan speech by a sitting justice in recent memory. Filled with grievances about COVID restrictions, Democratic senators and liberal bloggers,  among other topics, the jurist’s polemic delivered a clear signal: It’s their Court now. It’s their country now. Justice Alito’s speech — and the Court’s rulings to come in cases like Fulton — will undoubtedly endear the high court to conservatives. But they will also undermine confidence in the judiciary and inflict tremendous damage on the rule of law.

Make no mistake: Fulton is not about CSS’s right to hold their religious beliefs. It is about whether they can inflict those beliefs on the rest of society by judicial fiat. Even if Philadelphia’s policy survives the case, the fact that the Court is even seriously considering the case bodes ominously for its new era of 6-3 conservatism. Not long ago, in the civil rights era, the Court unanimously found that it was unconstitutional for the government to provide any funds to private groups that engaged in racial discrimination. Now, the Court is considering flipping that principle on its head and requiring the government to actively fund discrimination. Its cynical attack on the rule of law will undermine the decades of work that went into making America a more equal society and leave an indelible black mark on this Court’s legacy.

Faiz Surani would like the Supreme Court to stop putting church over state.

The closer precedent will be Espinoza v. Montana and not And a ruling in favor of Fulton will simply be the following of precedent not overturning. Smith is already partly overturned by Espinoza so this is probably not gonna be close.

Also, another critique wil be the legal theory of the petitioner: they don’t want to overturn Smith, they simply believe that Smith is applied incorrectly here. Religious institutions can work with the government and receive government money. That is established in Espinoza, Smith, and Lutheran Church. The city of Philadelphia agrees with that and do want to continue to work with institutions with religious institutions. The problem is that the city wants CSS to accept to work with which inevitably means that they are going to agree to let same-sex couples adopt children from them. The petitioner argued that violated… Read more »

You make it seem black and white and not up to legal debate. What arrogance! There are obviously many way to see the issue . Try thinking about the issue before being a dick to the author and writing misleading stuff.

The underlying premise of your article (“Fulton is not about CSS’s right to hold their religious beliefs. It is about whether they can inflict those beliefs on the rest of society by judicial fiat.”) is broken. At no point in this litigation has CSS claimed any right to “inflict” any belief on the rest of society by any means, much less judicial fiat. Nor is this a case about CSS’s right to hold certain beliefs but about the right of exercising those beliefs. What CSS has said is the city has not taken into account all relevant case law on… Read more »