Following the passing of longtime “Jeopardy!” host Alex Trebek in November, fans and contestants worldwide took to social media to honor Trebek’s life and legacy — including the UC Santa Barbara community. For the UCSB and Isla Vista community members who met Trebek while on “Jeopardy!,” the memories that they have shared with him will endure for a lifetime.

Lori Goodman, the executive director of Isla Vista Youth Projects (IVYP), appeared on Jeopardy in September 2018. She took first place in the contest — winning a total of $36,401, but said it was Trebek’s value in education and mentality for growth that she recalls most. 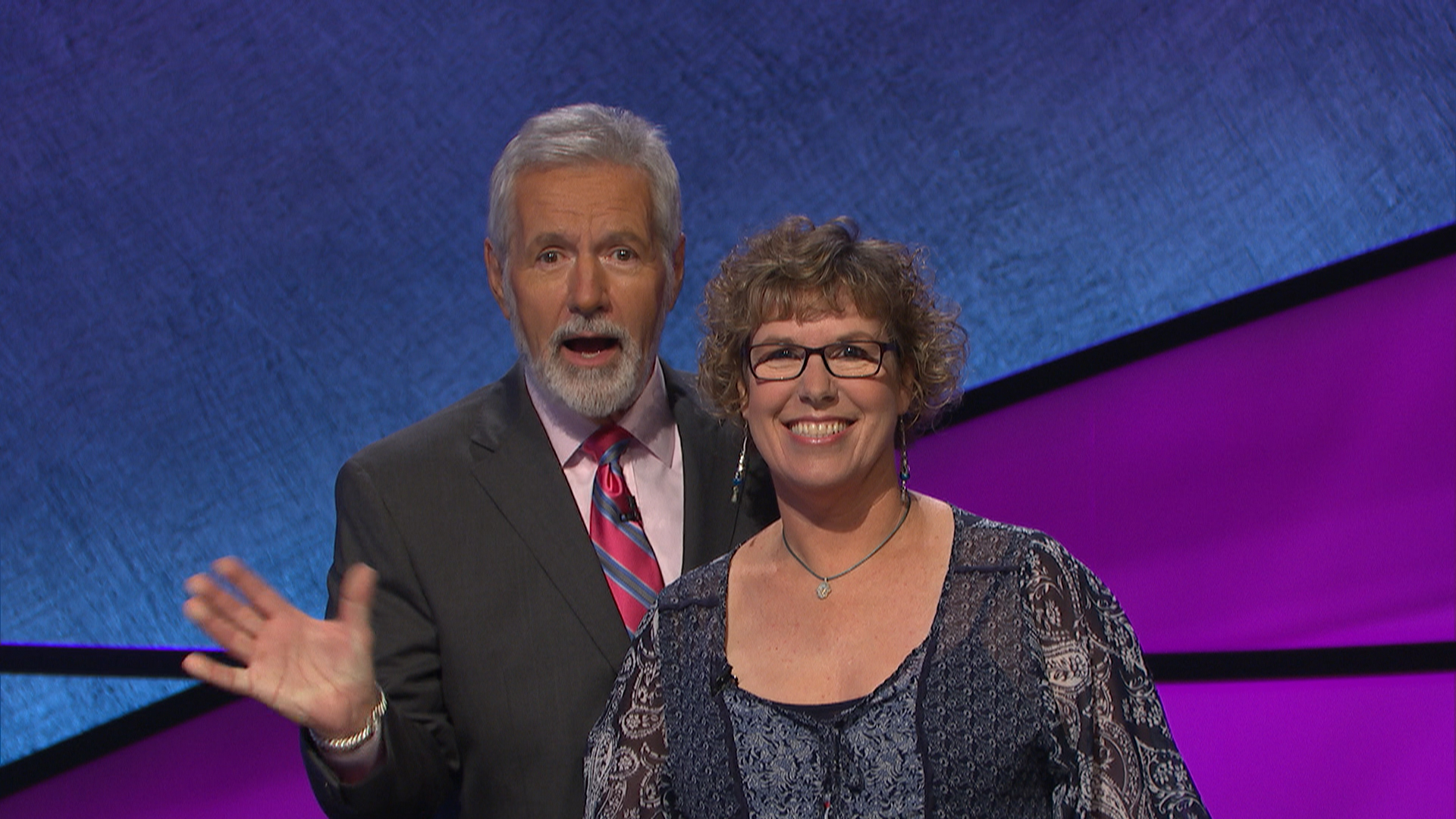 Goodman, a self-described advocate for lifelong learning, said she’s grateful that “Jeopardy!” has a legacy of valuing knowledge and curiosity for all people. Courtesy of Jeopardy Productions, Inc.

“Jeopardy made it cool to be smart,” Goodman said. “He left a tremendous legacy as someone who is welcoming for the whole country.”

“He came to our living rooms, and he represented a show that values intelligence, knowledge and learning that’s counter-cultural in this time of anti-intellectualism,” she said. “He was also a classy guy, very genuine, very down-to-earth. He will be missed by lots of people.”

Goodman, a self-described advocate for lifelong learning, said she’s grateful that “Jeopardy!” has a legacy of valuing knowledge and curiosity for all people.

Goodman’s leadership role with IVYP has equipped her with an obligation to put representation in the forefront. In “Jeopardy!,” she recalls entering the contestant room and noticing that there were more men than women. She said that moment deepened her own commitment to her agency by knowing when to step back and allowing others to step in.

“Representation matters,” Goodman said. “It matters if you see a woman of color winning [in ‘Jeopardy!’] so that the young girls of color that we teach can see themselves in that role. If we only see white men doing trivia shows, then it’s hard to see oneself in that role, and I would say I felt that intellectually before being on ‘Jeopardy!’”

Goodman is a regular contestant at the Draughtsman Trivia Nights in Goleta where she met Kristen Thomas-McGill, a graduate student in the history department and a recent one-time ‘Jeopardy!’ champion who took home nearly $25,000 between two games. Her episodes aired on Dec. 8 and 9. 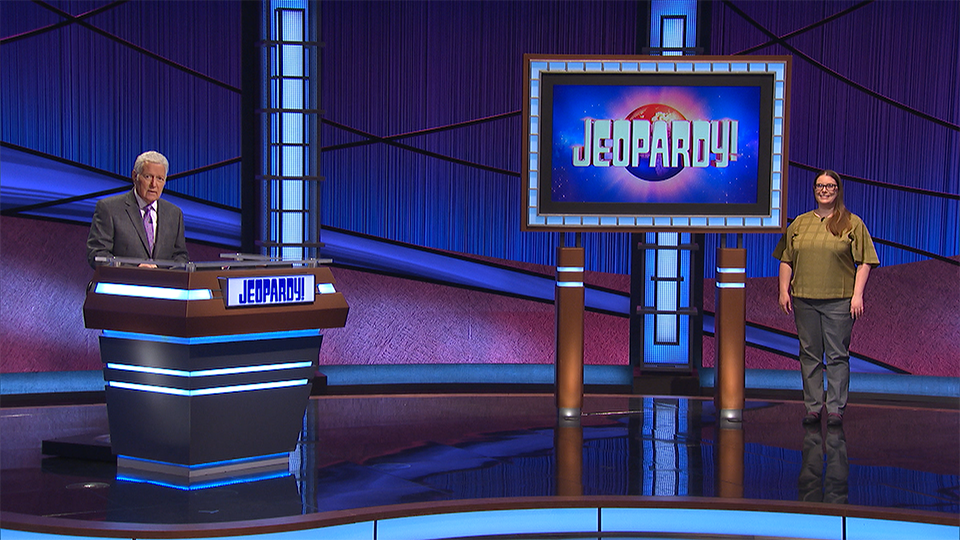 In order to do well on the game show, Thomas-McGill said she had to be prepared to face questions far outside the realm of history. Courtesy of Jeopardy Productions, Inc.

“The whole experience was pretty surreal, but the moment when it really snapped into place — when it really felt real for the first time — was when he walked into the studio,” Thomas-McGill said. “I mean, it’s Alex Trebek. He seems just like he is in TV. There was no hidden nastiness or anything. He was just funny and kind and whip smart from what I saw in the studio. It was just really cool having that experience, and I’m sad that future contestants won’t get to have that experience.”

In order to do well on the game show, Thomas-McGill said she had to be prepared to face questions far outside the realm of history. In addition to retaining as much knowledge as possible, contestants must simultaneously figure out the best strategy to wager their money — all while under the bright lights and the Trebek gaze at the show’s Culver City studio.

“There was a lot of stress for me about the math because I’m very much not a math person,” Thomas-McGill said. “I’m in the history department so, partially, I can escape numbers there. Just thinking about having to decide how much to wager was really nerve-wracking for me. I had anticipated that going in; I used a couple websites to help me figure out betting strategies, but honestly all of that left my mind when I was there.”

Robert Kennedy, a lecturer in the linguistics department, is a two-time “Jeopardy!” champion who won $34,800 a decade ago. During the September 2010 taping, Kennedy recalls Trebek’s dry sense of humor and quirky commentary. What stood out to him the most, however, was Trebek’s professionalism — both on and off the screen. 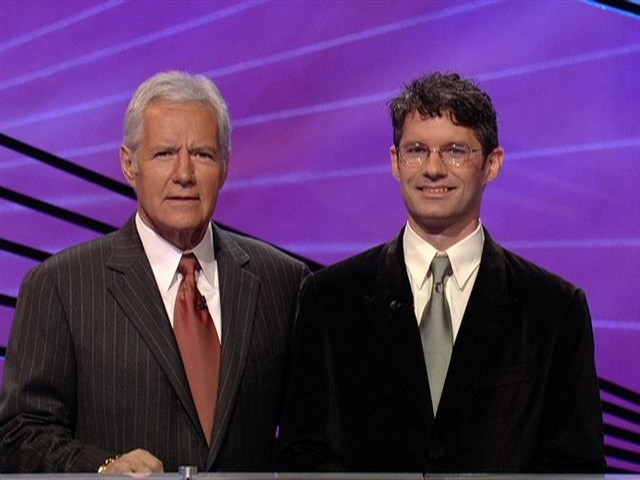 “I think what we see in him is just someone who is prepared for what he needs to do,” Kennedy said. “The idea of us taking the lesson or cue from how he conducts his life — he was a professional, and he always made sure he did things to his own standard, his own level of satisfaction.”

While Kennedy focuses on linguistics in his profession, he said preparing for “Jeopardy!” gave him the chance to learn about other topics that he didn’t know before. Staying curious in a world that does not have all the answers yet is an indispensable skill to have, he said.

“People in physics, or people in history or people in theater are all driven by curiosity about what’s possible and what types of choices drive people to seek out the answers to the questions they seek out within their fields,” Kennedy said. “The nurturing of curiosity, whether it’s through trivia or any other type of academic pursuit, is inherently an invaluable thing.”

Aaron Ballett, an executive assistant to the dean of UCSB’s Gevirtz Graduate School of Education, took home $2,000 for his second-place finish in an October 2020 episode, only two months before Trebek’s passing. 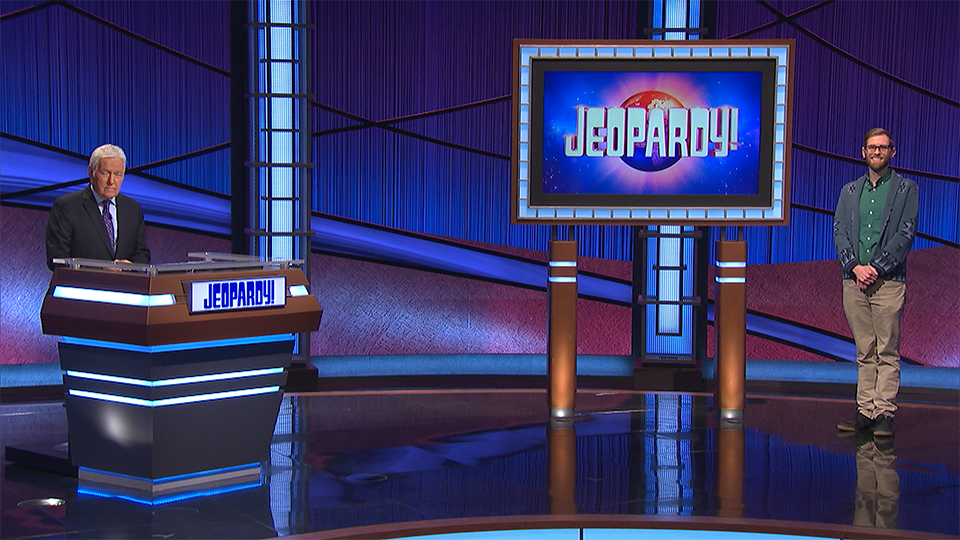 Since Ballet’s taping occurred during the pandemic, safety protocols, such as social distancing, were enforced. Courtesy of Jeopardy Productions, Inc.

Ballett said he took the “Jeopardy!” preliminary online test before the COVID-19 pandemic; since the taping occurred during the pandemic, safety protocols, such as social distancing, were enforced.

“‘Jeopardy!’ inspires a love of learning in some people,” Ballett said. “I know that’s the case for me having grown up watching it all my life. It’s sort of fun to learn random facts and crack them out. It sort of gamefies knowledge.”

Goodman, Kennedy, Ballett and Thomas-McGill concurred that “Jeopardy!” has inspired countless people across the country — most notably through Trebek’s commitment to integrity and curiosity. While the nation mourned Trebek’s death, his devotion to education and curiosity will live on.

“A lot of us are just curious about things, and we want to know more,” Kennedy said. “We want to know why things are the way they are.”

“It’s not part of your profession or your career or your calling or your job necessarily to figure out that answer,” he said. “I think it is a valuable trait to look at the world with curiosity to such an extent that you want to find answers to things.”

Some of my favorite things, UCSB, Gauchos, and Jeopardy. I am an alumni and also completed during this COVID Season. Alex Trebek was a classy gentleman with a wicked sense of humor. I hope the show continues for years to come.