The Daily Nexus
Sign of the Times
California’s Fight Against the Trump Administration for Cleaner Air
December 15, 2020 at 1:00 pm by Nathaniel Ramierez 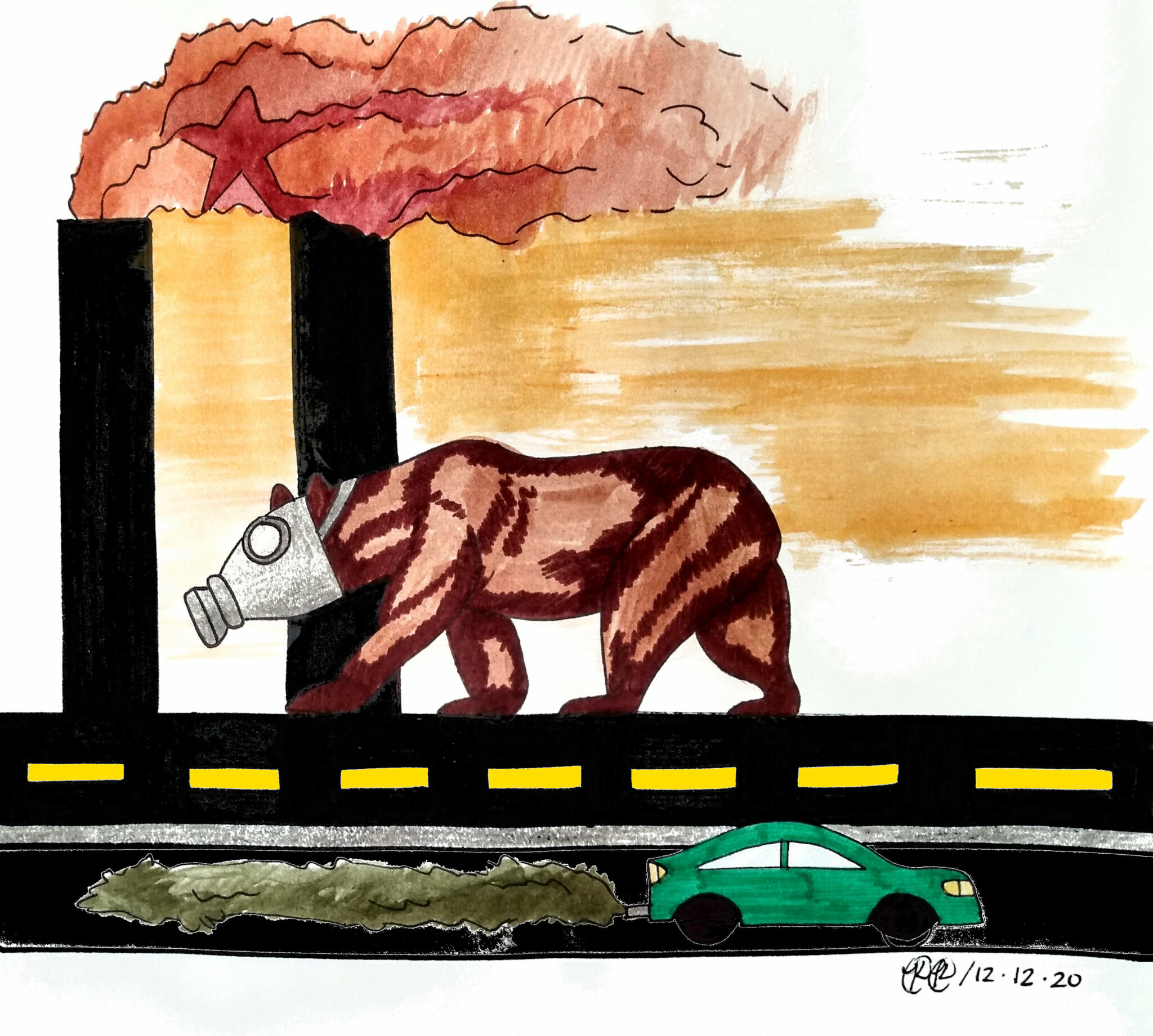 If I asked you to name a leading cause of death in the United States, I don’t think air pollution would be your first guess. However, air pollution is one of the most dangerous but sadly unknown public health issues in the world. In fact, more people die from exposure to airplane exhaust than plane crashes every year. A recent study published by the American Medical Association found air pollution causes roughly 200,000 deaths per year, which would make it the third leading cause of death in the United States.

The same study found long-term exposure to air pollution increases one’s risk of a large array of severe health conditions, such as heart disease, lung cancer, cardiovascular issues and strokes. Other health complications could include high blood pressure, hypertension, diabetes and asthma. Additional studies from the National Institute of Health and Harvard Medical School came to a similar conclusion. The most groundbreaking studies also link air pollution exposure to both short and long-term cognitive decline, such as reduced productivity in the workplace and classroom, and increased risk of dementia and Alzheimer’s. The most intriguing research included a University of Chicago study which found baseball umpires make worse calls on bad air days.

The most common air pollutants are known as particulate matter 2.5 (PM2.5), which are small particles generally less than 2.5 micrometers. These particles, which are usually made of sulfur dioxide or nitrogen oxide, are particularly dangerous because the particles are small enough to enter the lungs and bloodstream and lead to medical complications. CO2 emissions are also large contributors to air pollution, which harms the ozone layer. The largest share of pollution comes from vehicles and other forms of transportation, as well as industrial power plants that burn large amounts of fossil fuels.

While the U.S. has historically had above average air quality compared to the rest of the world, progress towards cleaner air has taken a hit during the past four years due to an aggressive effort to roll back vital environmental regulations and ignorance of science by the Trump administration. The administrator of the United States Environmental Protection Agency (EPA), Andrew R. Wheeler has spent his career lobbying to reduce regulations of PM2.5 and CO2 while working as a Senate staffer, and while representing the large coal producers as a lobbyist. The EPA under the Trump Administration has reversed over 80 environmental regulations, reduced fuel efficiency standards, disbanded the Particle Matter Review Panel, and worked to limit the types of studies the EPA can consider during policy making.

However, the administration’s disregard for science is the most troubling. Some of the most egregious actions include disbanding the Particulate Matter Review Panel, a panel of scientists who advised the EPA on PM2.5 regulations and their effects on public health. Wheeler has also limited the research that the EPA can consider to only double-blind studies. These studies require that both the researcher and the participants don’t know who was given the treatment. This policy is impractical to apply to environmental impact studies because it would be unethical to purposefully expose participants to air pollution when conducting research. The policy is tone-deaf to how scientific research is conducted and disregards groundbreaking findings of the harm air pollution inflicts on the lives of ordinary people.

Not many people think about something as simple as clean air every day, but we shouldn’t take it for granted. A future towards cleaner air requires stricter fuel efficiency standards, stronger environmental regulations and assertive leadership on the global stage. We need to make an effort to limit PM2.5 and CO2 emissions from the most egregious polluters while transitioning to renewable energy sources. This includes reducing emissions from vehicle exhaust and placing regulations to limit industrial carbon emissions.

While the federal government has disregarded science in environmental policy, California has been an active leader in lowering emissions. The Clean Air Act gave California an exemption to set higher standards than the Federal Government. However, the Trump administration and the state of California have been in a series of legal battles over efficiency standards for the past two years. After the Trump administration announced they were freezing the Obama era standards, California negotiated a deal with four major automakers to maintain the standards.

California has also announced its plan to transition to electric vehicles. In September of this year, Governor Newsom announced an executive order stating all new cars and trucks sold in California will be zero-emission electric vehicles by the year 2035. The transportation industry is the largest contributor to carbon emissions and contributes to over half of the nitrous oxide emissions produced. In the same memo, the California Air Resources Board stated the executive order would lead to an 80% reduction in nitrous oxide emissions and a 35% reduction in carbon emissions in California.

Our nation has been damaged in irreparable ways during the four years of the Trump presidency, but the most underrated tragedy is the deterioration of our environment and our clean air. President-elect Biden may be constrained by a Republican-led Senate, depending on the results of the two Georgia Senate runoff elections, which makes the most ambitious climate policy unlikely.

There are still many policies and executive actions President-elect Biden can implement which would improve our air quality. Biden has promised to reenter the Paris Climate Agreement, an international treaty committing nations to limit global temperature increases to two degrees celsius, on day one. In recent testimony to the House Committee on Oversight and Reform, a professor of earth sciences at Duke University, Drew Shindell, outlined the health benefits of reducing carbon emissions. According to Shindell, achieving the goal of the Paris Climate Agreement could reduce the impact of air pollution by 40%, saving nearly 1.4 million lives in the next 20 years.

President-elect Biden can also staff the EPA with scientists who will review the research and create and enforce regulations to hold corporations accountable. The administrator of the EPA has a prominent role in determining environmental policy such as fuel emission standards and other regulations. The Biden transition team’s shortlist for the position includes Mary Nichols, chair of the California Air Resources Board, and Heather McTeer Toney, the national director of the Moms Clean Air Force, according to Politico.

These changes can shift the United States back on track toward cleaner air, a healthier citizenry and improved quality of life for everybody. If we have leaders who care about the environment, understand science and fight for our health, we can all breathe a little easier.

Nathaniel Ramierez will tell you facts about air pollution that will take your breath away.

Nathaniel Ramierez
Nathaniel is an opinion writer who has an addiction to podcasts and scrolling through Twitter.