The Daily Nexus
Outside Opinions
Why American Public Universities Should Hesitate To Give Terror a Platform
December 8, 2020 at 8:00 am by Harrison Kerdman 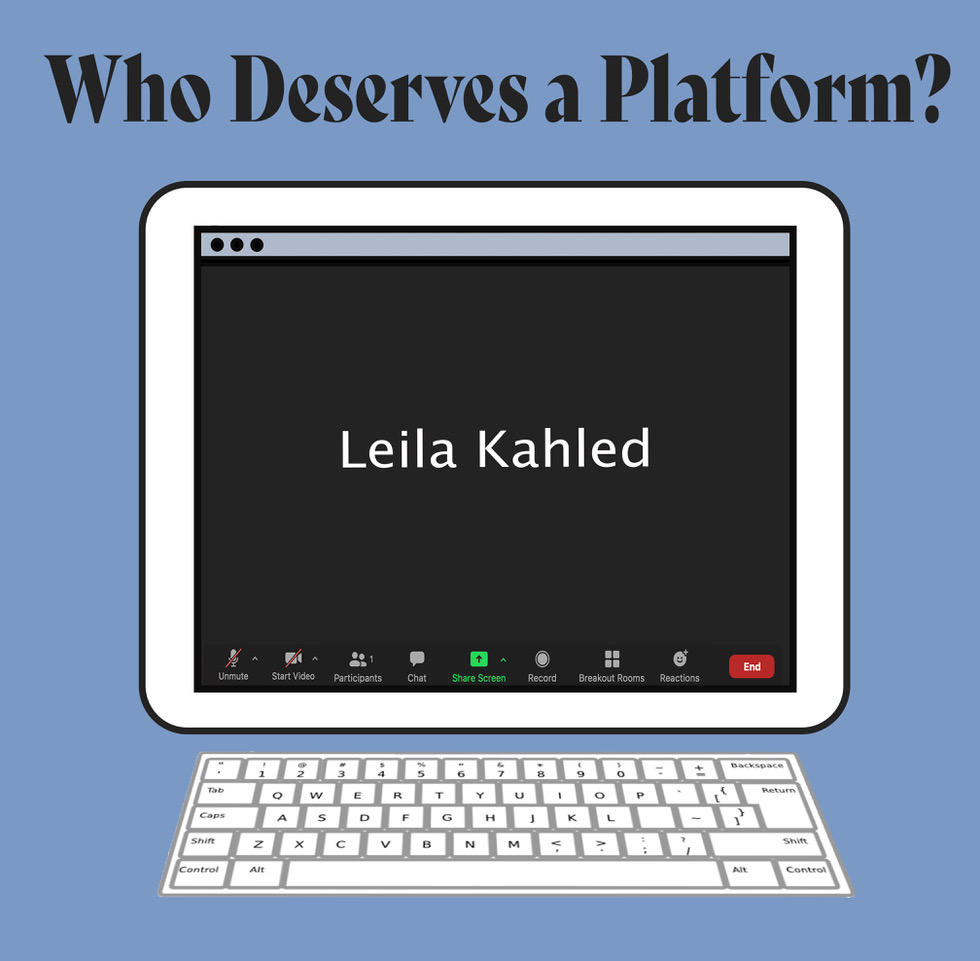 When it comes to sponsors of terrorism, the last place you might expect to find one would be an American public university. The American Jewish community was shocked this past September, when the San Francisco State University (SFSU) Arab and Muslim Ethnicities and Diaspora Studies program, in conjunction with the SFSU Women and Gender Studies Department, announced their latest event: a lecture (via Zoom) with none other than Leila Khaled, who planned to discuss her experiences both as a “militant” and as a “feminist.”

This stirred controversy because Khaled is a longtime leader of the Popular Front for the Liberation of Palestine — a U.S. State Department-designated foreign terrorist organization — and because of her active role in the armed hijacking of two civilian airliners. During her 1970 hijacking of El Al Flight 219, she attempted to blow up the plane with a hand grenade, though an air marshal and passenger neutralized it after finding the pin. Her accomplice was killed after shooting a member of the flight crew.

The Lawfare Project — a legal organization that “[defends] the civil and human rights of the Jewish people” — immediately argued that SFSU’s planned event ran afoul of federal law. Their legal arguments seem to have succeeded; prior to the event, Zoom announced that it would not host the event on its platform, citing U.S. federal anti-terrorism laws. Nevertheless, Khaled was later scheduled to speak via Zoom under the purview of University of Hawai’i at Mānoa (UH)-affiliated activist groups. The hosts met the same result as those at SFSU.

So, where does this leave us? To start, many self-described “anti-Zionist” activists who support Khaled claim their narrative is being “censored.” These activists should pick a different hill to die on, considering the potential negative legal implications.

“…any property, tangible or intangible, or service, including currency or monetary instruments or financial securities, financial services, lodging, training, expert advice or assistance, safehouses, false documentation or identification, communications equipment, facilities, weapons, lethal substances, explosives, personnel (1 or more individuals who may be or include oneself), and transportation, except medicine or religious materials[.]”

Furthermore, as The Lawfare Project’s letter argues, the U.S. Supreme Court ruled in Holder v. Humanitarian Law Project that “material support includes ‘advocacy performed in coordination with, or at the direction of, a foreign terrorist organization.’”

The court clarified that even material support meant to “promote peaceable, lawful conduct” can further terrorism. The Lawfare Project makes the argument that Zoom’s video conferencing service constitutes a “service” encompassed by 18 U.S.C. § 2339B. Furthermore, per The Lawfare Project’s argument, such a “service” would have been provided “knowingly,” as the organization sent its letter to Zoom nine days before the event at SFSU was scheduled.

At least one member of the U.S. Congress interprets the law similarly; Representative Doug Lamborn (R-CO) submitted a letter to the U.S. Attorney General William Barr and FBI Director Christopher Wray following the planned SFSU event. In it, he requested an investigation into SFSU, SFSU’s president and the hosts of the event for possible violations of the same laws prohibiting material support for terrorism. The congressman used arguments virtually indistinguishable from those of The Lawfare Project.

When it comes to tech companies’ efforts to bar Khaled from their platforms, The Lawfare Project is understandably pleased. When asked for comment, Chief Operating Officer and Director of Research at The Lawfare Project Benjamin Ryberg told the Daily Nexus, “We were encouraged by the receptivity of the top legal professionals at Zoom and Google, and applaud them for acting swiftly and decisively to avoid the unlawful provision of their platforms to a terrorist. It is incumbent on campus officials to take the relevant legal implications just as seriously, and make it abundantly clear to students and faculty that similar attempts to host terrorists will be obstructed.”

All of this raises the question, what are the potential legal consequences for such conduct? The law, in part, states that violators shall be fined, imprisoned up to twenty years or both, barring that no one is killed as a result. But then, one might ask, why should the average university student care if they had nothing to do with organizing the event? In a separate letter to Secretary of Education Betsy DeVos and Treasury Secretary Steven Mnuchin, Lamborn calls for a hold on all federal funding to SFSU, a public university, due to his belief that counterterrorism laws were violated. (Secretary DeVos is following up on the matter.) If these recent events do result in legal consequences or slashes in federal funding, the precedent would be set; any public university, including UCSB, could face a similar fate if its staff plans a similar event.

In summary, platforming a terrorist who has attempted to murder civilians in the name of the destruction of Israel could present serious legal ramifications to other universities who choose to do the same. University administrators and students alike must decide if these are the kind of speakers they want contributing to the campus climate.

Harrison Kerdman thinks that UCSB should stand against hate by standing against Leia Khaled. He is a fellow with the Committee for Accuracy in Middle East Reporting and Analysis.

Great article. Platforming someone like Leila Kahled only furthers the gap between any peaceful two-state resolution.

So true and well written!

Anti-colonial violence in the face of an imperialistic, oppressive regime is a legitimate form of protest.

The face of the imperialistic, oppressive regime is not its civilians though! Let’s not forget that significant detail! It can be such a pesky one to account for sometimes. Shoot!

The Jews should never apologize for protecting its people from the barbarians out there.
If anyone calling for Israel destruction, be prepared to your own as well.
The State of Israel never before was so successful and strong to protect its citizens.
This is something every Jew and the friends of the Jewish people should be proud of.

William Douglas
Reply to  A Jew

The state of Isreal, whether it is good to its people or not, is founded on stolen land from the state of Palestine. Before the state of Isreal, the land under British rule is called the British mandate for Palestine. There was very little Jewish population living peacefully in Palestine with the Muslim and Christian majority until Zionists came. Zionists just came with money and influence and influenced the UN to pretty much have the state of Palestine broke up and took over. There is no legal or historical basis that there is a need for a Jewish state. Christians… Read more »