The Daily Nexus
News
SBSO Seizes 22 Firearms, 90 Grams of Meth After Deputies Conduct Traffic Stop Near I.V.
December 8, 2020 at 11:39 am by Max Abrams 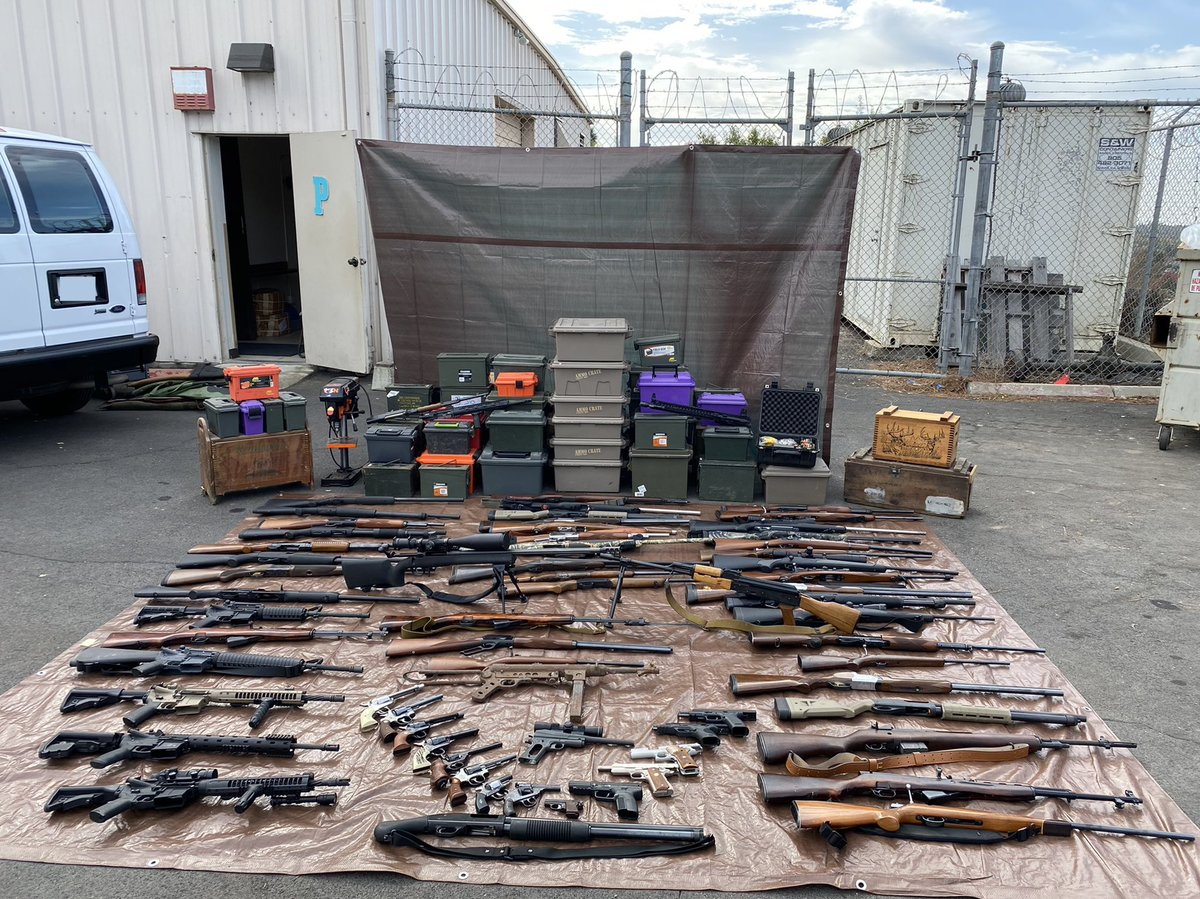 Deputies found an additional 70 firearms and 50 containers of munitions at Dodge’s residence later that same day. Courtesy of SBSO

According to a press release from the Santa Barbara County Sheriff’s Office (SBSO), deputies seized 22 firearms — 12 of which were loaded — and 90 grams of methamphetamine during the traffic stop, which was conducted near Los Carneros and Hollister Road after deputies witnessed Dodge “peel out” in front of pedestrians near Camino Del Sur in Isla Vista.

He was subsequently arrested and booked at the Santa Barbara County jail, where he remains in custody on $500,000 bail, according to custody logs.

Dodge worked most recently for Dodge City Shooters, a local gun and munitions store that he ran with his father until this spring, the Santa Barbara Independent reported.

Following Dodge’s arrest, Sheriff’s detectives authorized a search warrant for Dodge’s Goleta residence, according to the press release. Deputies found an additional 70 firearms and 50 containers of munitions at Dodge’s residence later that same day. The investigation is ongoing.

Looks like if he couldn’t find a party, he was going to have a party all his own! What an idiot! Driving around peeling out in front of the popo with a bunch of guns and meth. BRILLIANT!