The Daily Nexus
Tech
NASA and ESA Partner up to Launch an Oceanography Satellite from Santa Barbara County Designed to Monitor Rising Sea Levels
December 7, 2020 at 9:00 am by Brian Patton

Scientists in the US and Europe have come together in order to monitor and counteract the problem of rising sea levels. The global mean sea level has risen between 8-9 inches since 1880. A third of this rise in sea level has occurred over the past 25 years. Scientists from the US-based space exploration agency the National Aeronautics and Space Administration (NASA) collaborated with the European Space Agency (ESA) to develop an Earth-imaging satellite with new technology designed to monitor the rising sea level. 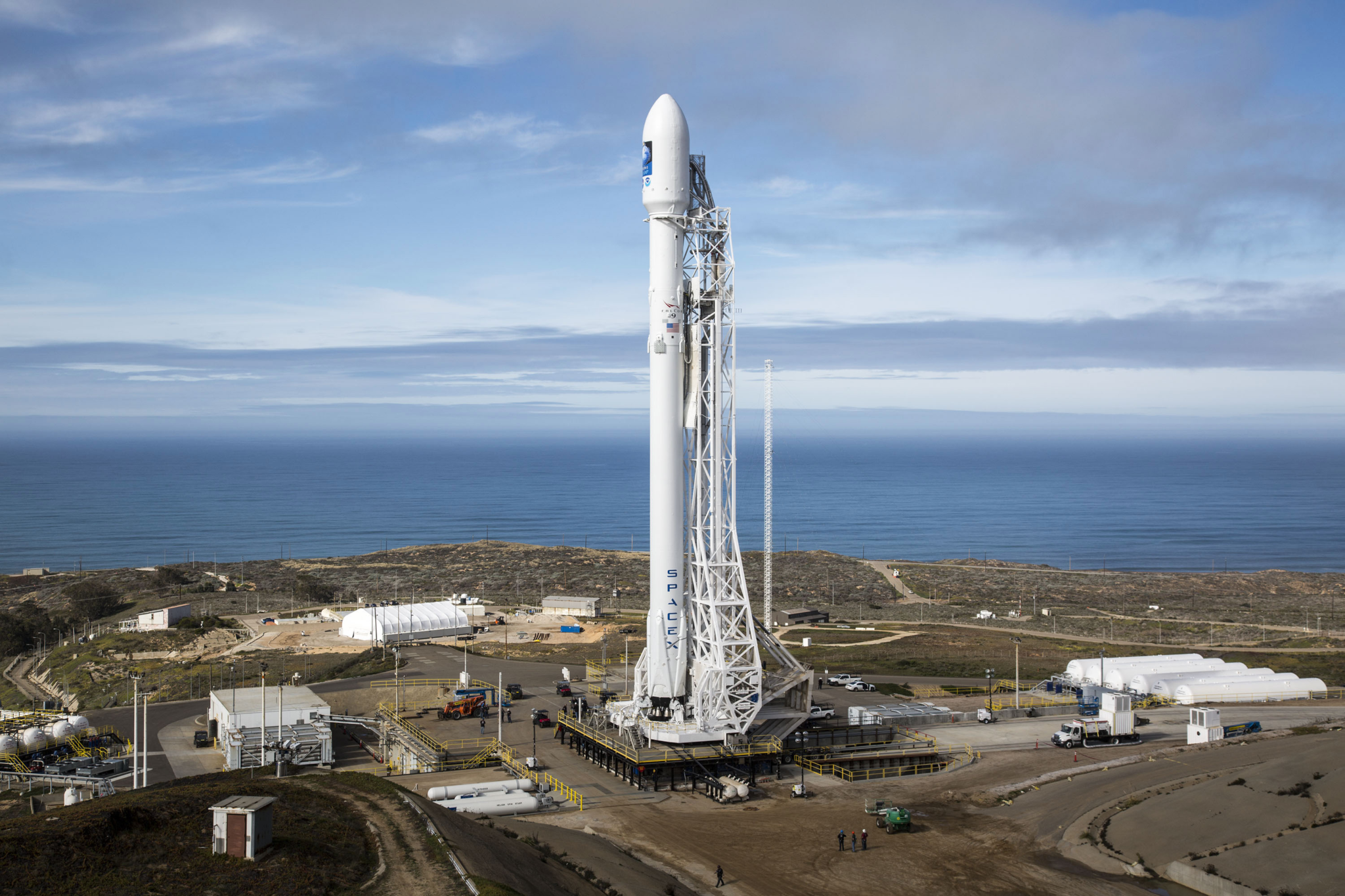 A SpaceX Falcon 9 rocket at Vandenberg Air Force Base in 2016. Courtesy of Wikimedia Commons

The SpaceX Falcon 9 rocket lifted off from Space Launch Complex 4E at Vandenberg Air Force Base carrying the Sentinel-6 Michael Freilich on Saturday, Nov. 21 at 9:17 a.m. PST, just 55.8 miles from the University of California, Santa Barbara campus, from which the rocket could be seen in flight.

”The Falcon 9 is the first orbital class reusable rocket capable of reflight,” according to SpaceX.

This is Falcon 9’s 99th mission, which successfully launched the oceanography satellite into orbit and then landed back in Santa Barbara within less than nine minutes. The Sentinel-6 Michael Freilich earth imaging satellite can monitor the global sea level with millimeter precision. It is the latest edition of the European-based Copernicus Programme and will work together with existing satellites already under the program. The Sentinel-6 Michael Freilich is the beginning of the sixth family of satellites under Copernicus which is designated to monitor global sea levels.

Technology on board Sentinel-6 Michael Freilich is the most advanced satellite dedicated to earth imaging to date. It is solar-powered and processes the data using its onboard data system, a central processor and mass memory software. Like the technology on board Jason-2 and Jason-3, Sentinel-6 will incorporate Advanced Microwave Radiometer (AMR) technology, which is used to measure the amount of water vapor between the satellite and the ocean with the new Advanced Microwave Radiometer for Climate (AMR-C).

The AMR-C, developed by NASA Jet Propulsion Laboratory (JPL), improves upon the AMR through its incorporation of an onboard calibration system. Ordinarily, AMR’s radar altimeter can make the ocean appear higher or lower than it actually is. The new calibration system is intended to improve on the stability of radar delay measurements from year to year, “ensuring the altimeter system is capable of tracking changes in the global mean sea level extremely accurately,” according to a press kit from JPL.

The Sentinel-6 Michael Freilich will be controlled by the ESA, under the Copernicus Programme from their ESOC Operations Centre in Darmstadt, Germany. Earth imaging data collected by the program is distributed for public use free of charge. 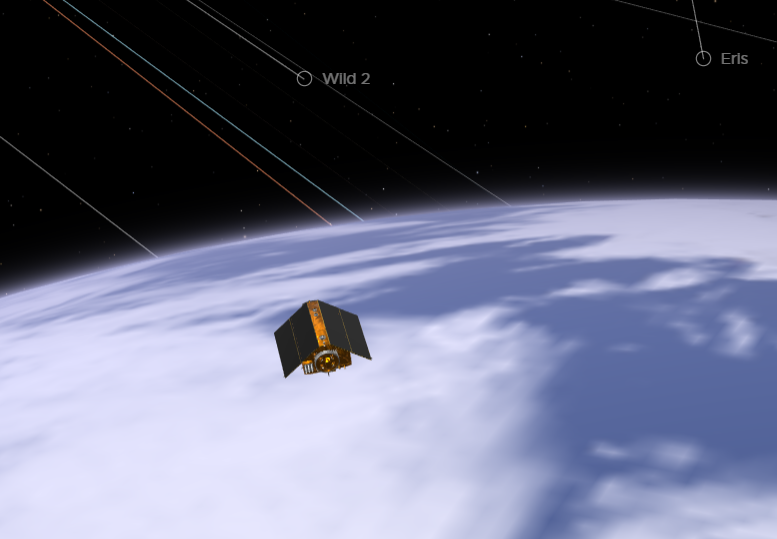 A screenshot of Sentinel-6 Michael Freilich viewed on “Eyes on the Earth.” Courtesy of NASA’s Eyes.

Sentinel-6 Michael Freilich is named after former Director of the NASA Earth Science Division Michael Freilich, who passed away on August 5, 2020 at the age of 66 due to pancreatic cancer. As a young man, Michael Freilich was a talented nature photographer and he dedicated his entire life to earth sciences.

While serving as NASA’s director of the Earth Science Division, Freilich “revitalized the fleet of Earth-observing satellites… he received, among other honors, the NASA Distinguished Service Medal, NASA’s Distinguished Achievement Award and Public Service Medal, and the Jet Propulsion Laboratory’s Director’s Research Achievement Award,” according to Freilich’s obituary published in the Philadelphia Inquirer.

According to a press release from JPL, “this latest mission marks the first international involvement in Copernicus, the European Union’s Earth Observation Programme”

The Sentinel-6 Michael Freilich will begin transmitting oceanography data within three months, following a series of tests and calibrations which are already underway, according to JPL’s press release.

“The Sentinel-6 Michael Freilich oceanography satellite is currently processing a series of tests and calibrations where it will begin transmitting science data within 3 months.” The satellite will enhance weather forecasts and provide new data on coastal sea levels and sea currents, extending a 30-year continuous dataset shared by the US and Europe.

The onboard AMR-C equipped with the experimental HRMR makes this satellite the Earth’s most accurate sea level monitoring satellite. It will use its millimeter precision to scan 95% of Earth’s sea level surface within 10 days of collecting data, from 800 miles above Earth. Sentinel-6 Michael Freilich can be watched in real time on NASA’s Eyes.