In 2018, Kali Uchis released her debut album, “Isolation.” With standout features from artists such as Tyler, the Creator, Damon Albarn and Steve Lacy, the project was met with critical acclaim and anticipation for the music that Uchis would release next. Earlier this year, she released “TO FEEL ALIVE,” a short EP consisting of demos curated to provide her fans with music to listen to during the early months of quarantine. She later announced that she would be dropping a full album later in the year. While discussing the release of this album, she noted on Twitter that some of her English speaking fans are often disappointed when she drops music in Spanish, as they are not willing to listen to music in other languages they can’t understand. 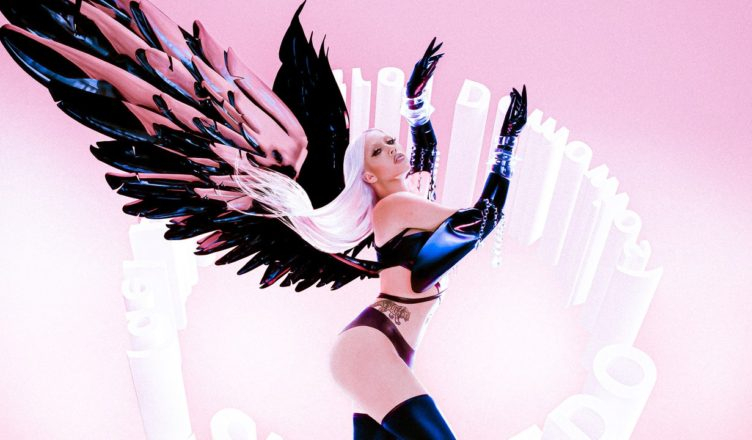 On Nov. 18, she then dropped “Sin Miedo (del Amor y Otros Demonios) ∞,” which translates to “Without Fear (of Love and Other Demons) ∞” in English, her second studio album and first Spanish language project. In this album, Kali Uchis not only proves her artistic creativity and her ability to blend genres but also successfully embraces and highlights her Colombian roots in defiance of criticism. The LP employs a wide array of Spanish influences that not only includes the currently chart-topping genre of reggaeton but also the ‘60s and ‘70s Spanish music she grew up listening to in a Latin household.

The album opens with “la luna enamorada,” a low-pitched, hauntingly beautiful track that draws the listener into the captivating world of “Sin Miedo,” which may feel like a stark contrast to her previous work as the opening track is heavily influenced by ‘60s and ‘70s Latin pop. The song even pulls lyrics from  “La luna en tu Mirada” by ‘70s Cuban vocal group Los Zafiros. The next track, “fue mejor” featuring PARTYNEXTDOOR, is more reminiscent of Uchi’s R&B-infused sound and signature sultry vocals. The track features lyrics of letting go of a past lover after realizing her self worth, and on the chorus she sings, “Fue mejor volar pa’ no caerme / No, amor, no me duele perderte,” or ”It was better to fly so as not to fall / No, love, it doesn’t hurt me to lose you.” PARTYNEXTDOOR’s feature is a bit lackluster and neither detracts or adds to the song. The song “telepatía,” centered around a long-distance relationship, is also reminiscent of her established sound and even sounds like it could fit in on her debut album. The bubbly “//aguardiente y limón %ᵕ‿‿ᵕ%” is a fun fusion of old R&B and new Latin influences. As reflected by the stylistic title named after a schnapps and lemon drink, the song is playful and fruity accompanied by Uchis’s high-pitched vocals.

“¡aquí yo mando¡,” which translates to “i’m in charge here,” is one of the most heavy-hitting songs on the album and a standout track. Rico Nasty, who features on the track, raps in both English and Spanish, which may surprise listeners who are unaware of her Puerto Rican heritage. The empowering track unabashedly embraces domination and femme power, created and sang by women who have been dominating their respective music scenes with their unique fluidity of the genres employed in their discography. “¡aquí yo mando¡” was the first single released from the album, followed by singles “te pongo mal(prendelo)” featuring Jowell & Randy, and “la luz(Fín)” featuring Jhay Cortez. These tracks are all influenced by a more commercialized reggaeton sound. “te pongo mal(prendelo)” is complemented through the addition of the Puerto Rican duo Jowell & Randy, creating a hot, bold reggaeton track, while “la luz(Fín)” is carried mostly by Uchis compared to Jhay Cortez’s brief verse.

“vaya con dios” and “que te pedí//” again display a ‘60s and ‘70s influence, in particular the sounds of Latin bolero. “que te pedi//” is a cover of “Que Te Pedí” from Cuban singer La Lupe and she channels “the Queen of Latin Soul” as both of the songs exemplify her vocal range accompanied by dramatic — cinematic, even — string and brass instrumentals. The album concludes with “ángel sin cielo,” which brings the album full circle and quietly comes to a close with warped vocals from Uchis as she sings, “Ángel sin cielo / Hay que hacerlo sin miedo / La vida es una y a nadie le debo,” “Angel without heaven / You have to do it without fear / Life is one and I owe no one.”

By unabashedly embracing her bilingual and binational identity, Kali Uchis demonstrates that she can dominate both the English and Spanish markets. While this album is a venture into Latin genres, she refuses to be held back by any one genre and encapsulates many different influences that fuse with her unique sound. The stylistic naming of the tracks also reflects her inability to be bound by music norms. The album is not long, barely reaching over thirty minutes, and while this project does not leave listeners longing for more, they may be excited to see how Uchis will continue to evolve as an artist.