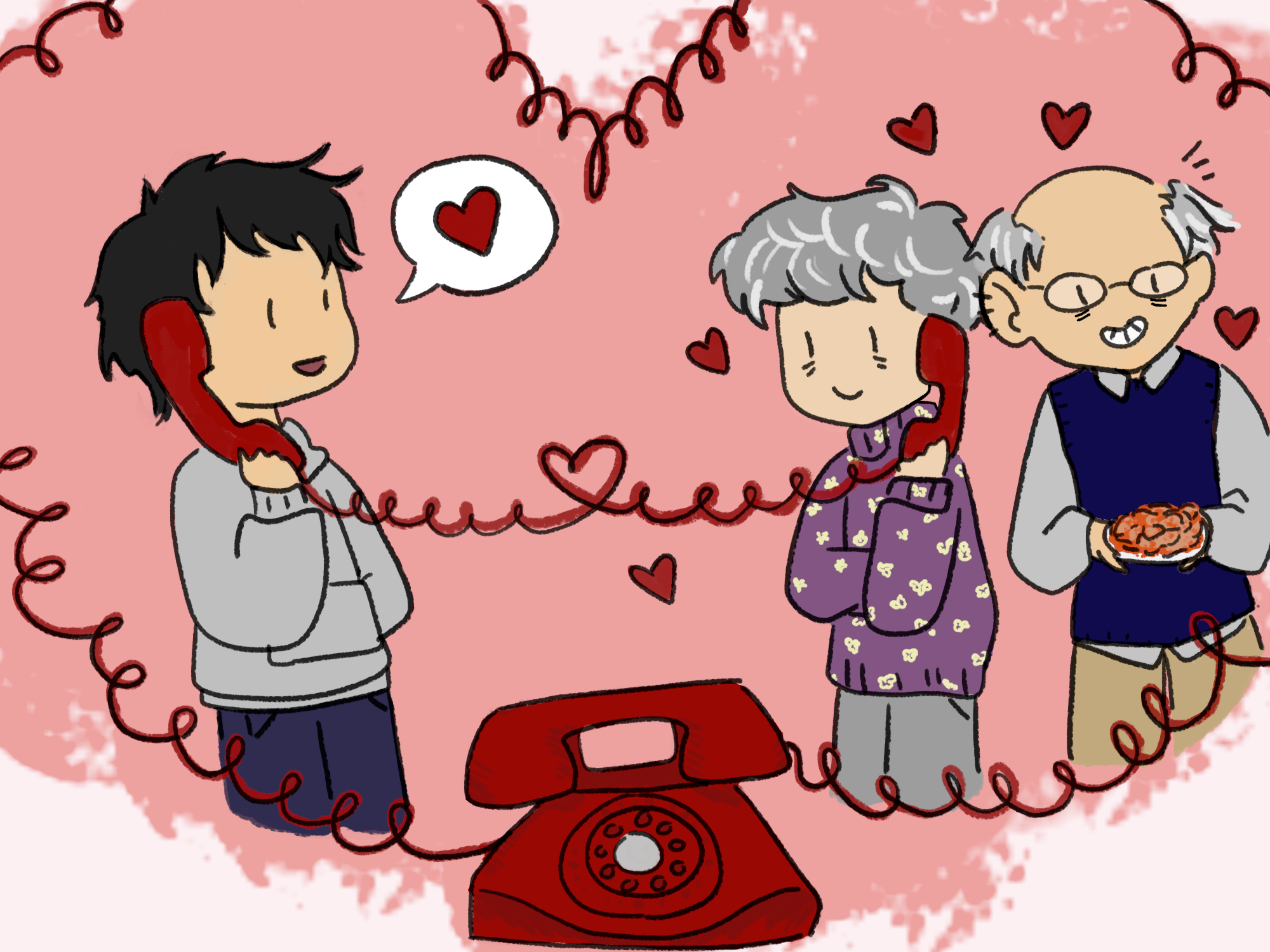 I already know I sound like your parents (with more or less cursing depending on your family). When I was in the fifth grade, my grandmother told me numerous times that my sister would go to hell because she stopped going to church. To put it lightly, that shit fucked me up. So I understand why some of you might be thinking it’s a lot more complicated than just picking up the phone and giving ol’ Nana a call.

In some ways that’s true, I don’t know your life story, and ultimately I can’t give you the exact right advice to give you that perfect Disney Channel family moment.

Just like the conversations I would have with my grandma where she’d explain to me how my own sister would suffer eternal damnation and other similar moments haunt me to this very day, I often find that memories of her warmth in the happy moments are what center me when I’m most stressed. I love her, and I can’t help that I do. She’s made mistakes, but I know that doesn’t change that she loves me too. I still vividly remember — back when I was in grade school — how I’d come home from school to a nice plate of warm Korean food waiting for me. She’d sit there and do nothing but watch me eat, which bothered me when I was little. Since then, she’s moved out because of complications, and now I oddly miss the love that was expressed in that form of attention.

Without me even being able to properly notice and appreciate it at the time, she was my anchor. As an Asian American, it’s difficult to live a life attempting to assimilate into a society that at alternate times will either choose to be indifferent to or hate your “un-Americanness.” As a second-generation immigrant, I learned to get past that barrier for the most part and fit in culturally. The twist is that once you get past that line, you learn just how difficult it is to go back. I don’t think it’s possible for young non-white Americans to truly appreciate their culture until much later when they see that it’s all they have connecting them to a world that doesn’t have the same history of hating them that the good ol’ U.S. of A does.

My roots, the culture that included the stinky or ugly food that white kids would gawk at in the 2000’s to the early 2010’s and which is now fetishized by those same kids, have never left me no matter how much I may have fought it at times because of my grandma. The food, the customs, the language — I don’t have the knowledge of these that I wish I did, but they never stopped surrounding my life because of members of the older generation such as my grandmother.

Now I look outside in the midst of a political panic over the election of the next U.S. president and I see Trump signs and banners all around my neighborhood. All of this during a pandemic that has seen the scapegoating of Asian Americans for an issue mishandled by the American government.

Now I’m blessed with two fears: my grandma getting the disease, and her getting blamed for spreading it. I see the rising statistics of discrimination against Asian Americans, and I’m truly horrified. I almost wish a dude would try and test me, I’m angry as hell — let’s just see what I say back. I’ve seen Fox News make a mockery of people in Chinatown for not knowing English in the past and the racially motivated attacks committed by cowardly fucks against defenseless older Asians, and I’m filled with a rage that I don’t think people who haven’t felt the same sort of anger could ever understand.

My roots, the culture that included the stinky or ugly food that white kids would gawk at in the 2000’s to the early 2010’s and which is now fetishized by those same kids, have never left me no matter how much I may have fought it at times because of my grandma.

My grandma, on the other hand, couldn’t have less fucks to give about all that, or at least that’s what I’ve observed from her. All she cares about is seeing me and the rest of the family. That’s all she wanted before the pandemic and it’s all she wants now. I cannot imagine how difficult it is for her to constantly have to be told that she needs to stay home instead of being with us. We still see her from time to time, but there is an obvious limit to what we can do and how frequently we can do it due to the pandemic

With every other crazy thing going on right now, it’s important to remember that older people are also victims of a system that has failed to suit their needs. My grandmother is far from the only victim among this demographic and neither is she really anywhere near as afflicted as those who are a part of other communities, but that’s hardly a comfort.

So yeah, I call my grandma. I call her to check in and make sure everything is okay. I call her to let her know that I still love her and want to communicate with her even though at times my actions might suggest the opposite since I want her to stay safe. I call her because I want to.

At first I was worried about the language barrier between us. I didn’t want to call because I was really embarrassed about that. It was already hard to communicate with her before, but now with the two of us strictly communicating verbally through the phone, it felt like calling her would be nothing more than an empty gesture. But all of those worries melted away after hearing her immediate reaction to my call.

Obviously I can’t give anyone real guarantees on behalf of their grandparents, but to those that are hesitating to make that call, I’d urge you to consider what you might be cheating yourself out of. You should, of course, consider all the reasons to do it for the sake of your grandparents, but stop for a moment and think about what it might do for you. There aren’t many people in the world whose voice will light up and be so happy to hear from you besides your loving grandparents. If your grandparents fit that description, I hope you don’t cheat yourself out of that special feeling.

When I made that first phone call, I didn’t do it for me, but now I feel like these calls help me just as much as they help her. So please, just consider calling your fucking grandparents because right now, I think everyone could use a little bit more of love in whatever form it may come in.

Thank you for sharing this and putting these feelings into words. Despite no longer having my grandparents, I needed to read it–because I still have my parents, my aunts and uncles, siblings… There were so many parallels in this piece to me, it felt like I wrote it. This part in particular really hit home: As a second-generation immigrant, I learned to get past that barrier for the most part and fit in culturally. The twist is that once you get past that line, you learn just how difficult it is to go back. I don’t think it’s possible for… Read more »