The Daily Nexus
News
“It’s fun and not fun watching from the outside”: UCSB International Students Discuss U.S. Election
November 14, 2020 at 5:26 pm by Mariam Bagdady, Julia Catacutan and Melody Chen

While the world watched Joe Biden become the next president-elect of the United States last week, UC Santa Barbara international students — living in California, yet citizens of another country — expressed different perspectives than most students while anxiously awaiting election results. 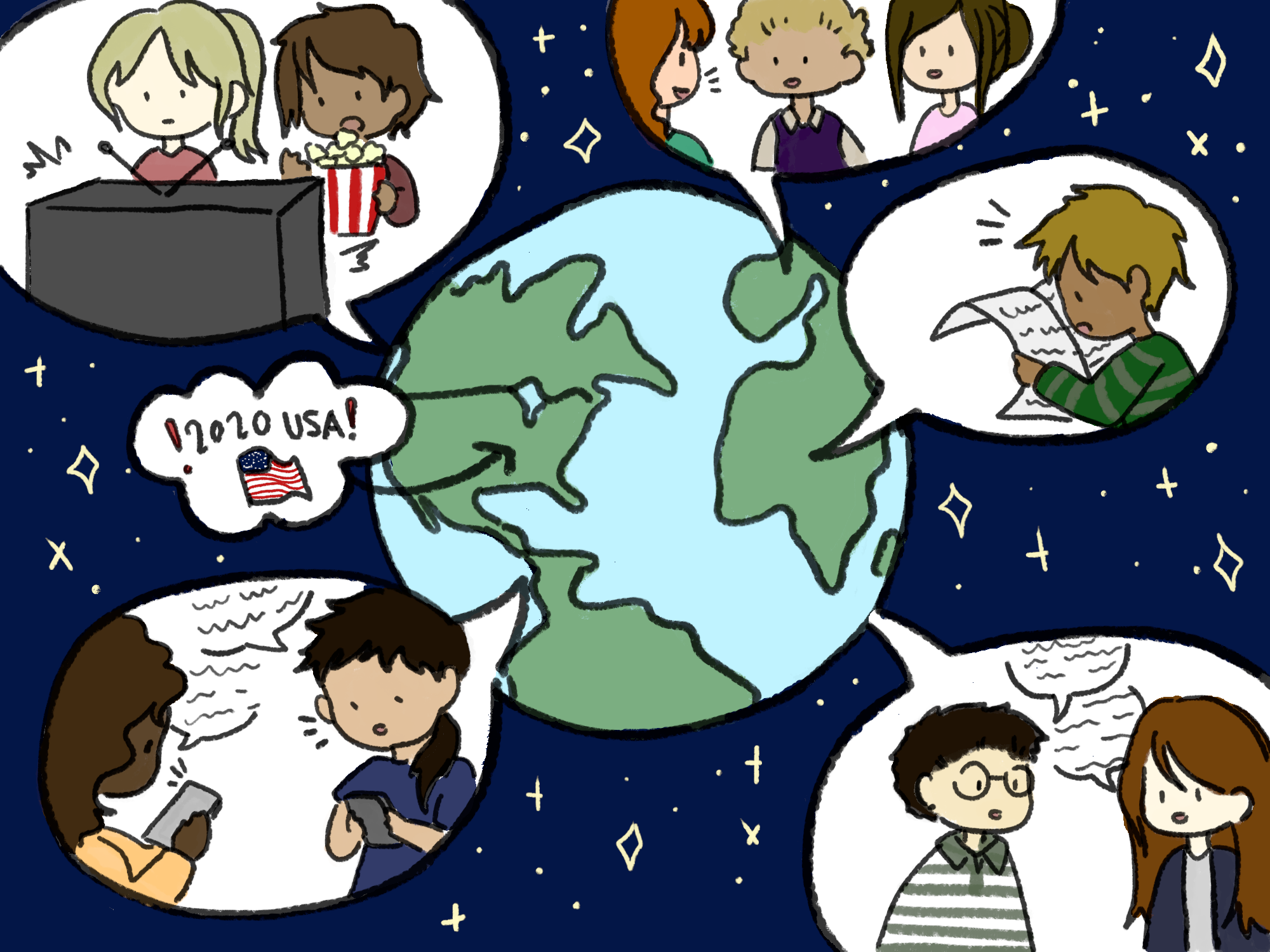 The American political landscape is not the only one affected by the recent election. Lauren Huang / Daily Nexus

Christine Wang, a third-year political science and global studies double major, said it was difficult watching the election unfold without being able to actively participate in it.

“As an international student, it’s fun and not fun watching from the outside,” Wang said. “It’s nice to sit on the sidelines and see how things are going, but it also stresses you out because it could determine so many other aspects around the world.”

Wang’s parents are of Taiwanese descent but she grew up in China, where she attended an English-speaking international school. Later, Wang applied for her F-1 visa in Taipei shortly before moving to Pennsylvania, where she attended high school for two years. She now lives in Isla Vista.

“As an outsider looking in, not being able to vote, it’s just frustrating to see how divided the people are. Growing up, knowing that America is the land of the free, people are free to choose what they can. It has never appeared in my head that it is so divided — so extreme in a sense — like on two opposite spectrums,” Wang said.

Bruce Fan, a second-year economics major from Zhangzhou, China, described this election cycle as “a critical moment” that has caused anxiety for both himself and the international community.

“I kept up with the entirety of this election, it was intense,” Fan said.

While he felt stressed watching the news coverage, Fan emphasized the importance of understanding the underlying meaning of this particular election.

“I think we have arrived at a moment … [where] it’s not about each candidate; it’s really about American democracy as well as decency,” Fan said. He hopes the election will bring a “return to normalcy” and said he was optimistic about Biden’s approach to handling the COVID-19 pandemic.

“I do think he’s actually going to do something,” Fan said about Biden. “I agree with his stance on immigration and the coronavirus.”

Fan and Wang agreed that the Trump administration revealed itself as unfit to run the nation during the course of its term.

The two pointed to the U.S. Immigration and Customs Enforcement (I.C.E.) directive released in July that would have required international students to take at least one in-person class for the fall term in order to remain in the U.S. I.C.E. reversed its decision following multiple lawsuits against the federal government, including a lawsuit filed by the University of California.

“It felt like the U.S. was shutting me out just because I wasn’t a citizen,” Wang said. “There’s so much more than a document saying you’re from here or not.”

“I definitely saw it as a screen for discrimination as well. I thought it was just a weak political play with the whole thing going on with the U.S. and China … In a sense, the international students were used as a leverage,” Wang continued.

While the election has caused a nationwide partisan divide, Fan stressed the importance of collaboration, even while being ineligible to vote.

“There’s a healthy and robust process in which we can share and communicate how important voting is. Although I cannot vote, I’m urging my friends, many of whom are citizens, to vote,” Fan said. “I’m doing my part.”

But the American political landscape is not the only one affected by the recent election, according to Francesca Knoell-Harris, a second-year environmental studies major from Madrid.

“Trump’s presidency has made far-right parties more popular. In Spain, we have had the rise of [the] extreme right party Vox,” Knoell-Harris said. “As soon as Biden was elected, the Spanish stock market rose significantly after a long period of time without any growth.”

A former campaign member for UCSB Students for Bernie, Knoell-Harris said she considers herself politically active and believes that Trump should concede the election. To celebrate Biden’s victory, she said she went out to a diner with friends and “indulged in some old school American brunch dishes.”

Wang said that while she could not vote in the election, she was grateful for those who chose to vote.

“It’s better for you to vote than not vote because people’s voices need to be heard. Every vote represents a lot; it represents the individuals as well but it also represents a lot of other people who are underrepresented.”

A version of this article appeared on p. 5 of the Nov. 12 print edition of the Daily Nexus.

Julia Catacutan
Julia Catacutan is a second-year English major from Brooklyn, New York. She can be found reading on any stoop, eating Twizzlers.

Wow no wonder you stayed anonymous. No way you would say that with your real name and or photo attached to it. What an ignorant stupid thing to say if only we could ship you somewhere else so we would be a better place