The Daily Nexus
News
Students Reflect on the 2020 Presidential Elections and Prepare for Political Divisiveness
November 13, 2020 at 2:30 pm by Asumi Shuda

Following a divisive election season and President-elect Joe Biden’s victory over President Donald Trump, voters across the country and the political spectrum have displayed a wide array of reactions and emotions, from celebrations outside the White House to “Stop the Steal” protests in favor of Trump. At UC Santa Barbara, students have expressed mixed opinions regarding post-election partisan tensions. 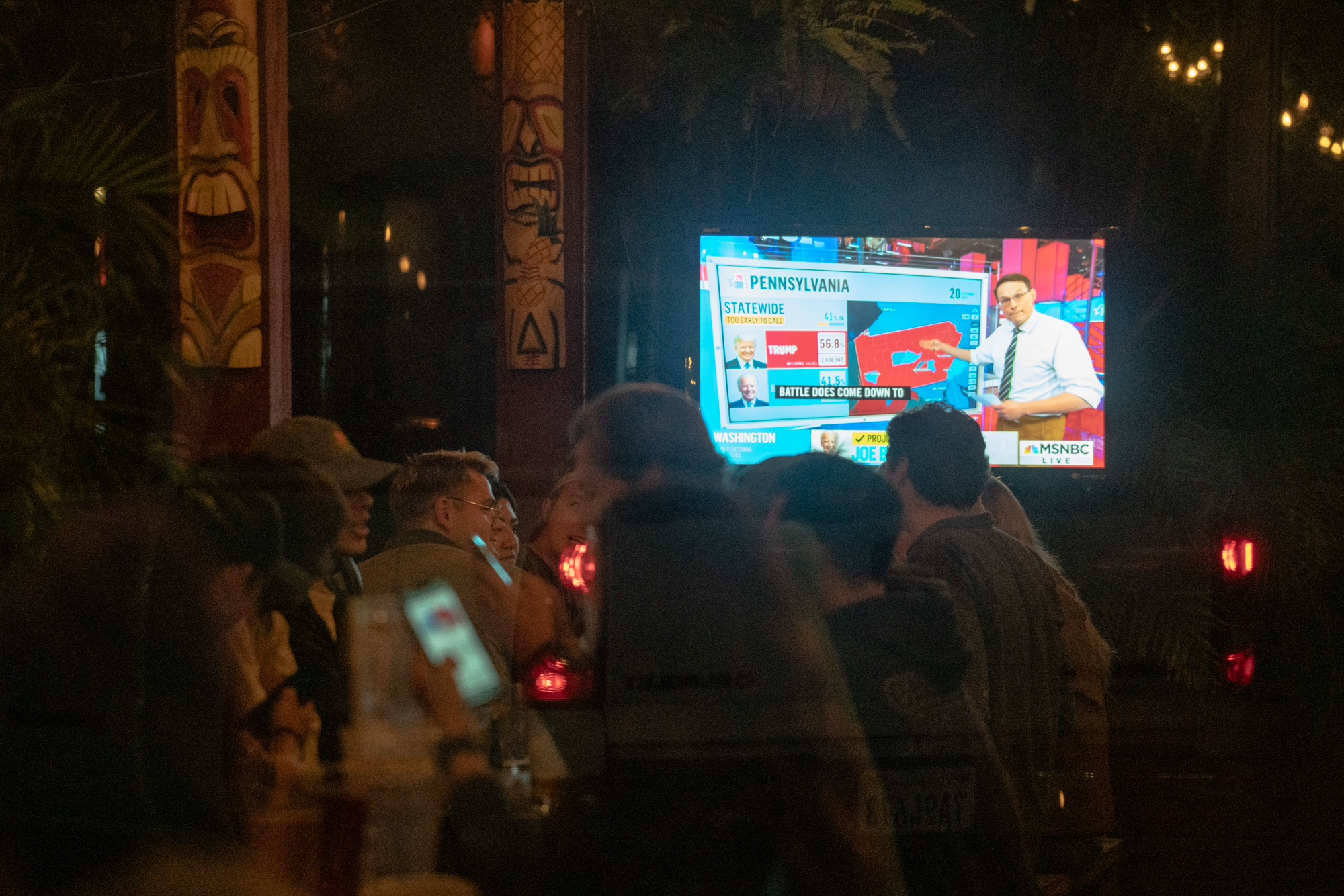 From warnings of post-election violence to cities and businesses putting plywood over their buildings in anticipation of rioting, concerns over Trump’s refusal to accept the election results have caused some students — in both Isla Vista and their hometowns — to worry about civil unrest.

“I think there is a real possibility that demonstrations from both sides in states where votes still have not been tallied could turn ugly, and I worry that more people will be unjustly killed,” first-year mechanical engineering major Cesar Castillo said.

“The fact of the matter is that our political discourse has devolved from civilities to barbaric acts and blatant displays of hatred and cruelty,” he continued.

For Castillo, who currently resides in Northern California, the possibility that violence could occur in his hometown is not much of a concern. However, he is worried that Santa Barbara County may see partisan unrest and hopes that UCSB students will keep their wits and take any necessary safety precautions.

“Do not let emotions overcome your rational thought, and focus on your own safety and the safety of those living with you,” Castillo said. “Everything will be alright in the end.”

For the Isla Vista Community Services District (I.V. CSD), there is little to no concern of violent demonstrations and law enforcement has not provided any information on possible threats in the area, according to I.V. CSD General Manager Jonathan Abboud and I.V. CSD Board President Spencer Brandt.

For first-year global studies major Micaela Davis, on the other hand, concerns over a possible rise in hate crimes in her hometown as well as neighboring areas in the next few weeks are founded in reality. While she has been primarily residing at home in Carson, California, she worries for her working family members, especially with crimes against the Black community being displayed on the news.

“Even before the election, there were hate crimes, specifically with Black men being lynched right out in the open, so that is definitely a fear,” Davis said. “My family often goes [to work in]  neighboring counties where these kinds of crimes are more rampant, so anything could happen.”

Davis said she keeps a packed bag of necessities and has stocked up on groceries in response to news outlets’ warnings of violence both during and after election day.

“Once I heard that people were planning on doing things, I just decided for myself — and I told this to my parents as well — to keep a bag packed with clothes and necessities,” Davis said. “We are going shopping soon to just stock up on food as well, just so we do not have to be out and about as often.”

“First and foremost, make sure that you are in a position to protect yourself, whether that means carrying pepper spray or a taser and wearing a mask,” Davis said. “Someone may purposely cough on you or generally come close to you in these gatherings, so always better to be safe than sorry.”

Similarly, Abboud and Brandt urged the community to continue following COVID-19 safety health guidelines, whether election-related disturbances occur or not.

“I think it is important to remember that we are in the midst of a pandemic, and that we need to stay vigilant in keeping our community safe and healthy,” Brandt said.

Castillo has hope for the future with the results of this election. He said that he thinks Biden’s victory is the first step toward unifying a country that is currently in a state of polarization.

“I think this is the first of many steps that the country will take in order to improve,” Castillo said. “We voted out a president with autocratic aspirations, but in order to achieve a more perfect union there is still lots of work to be done.”