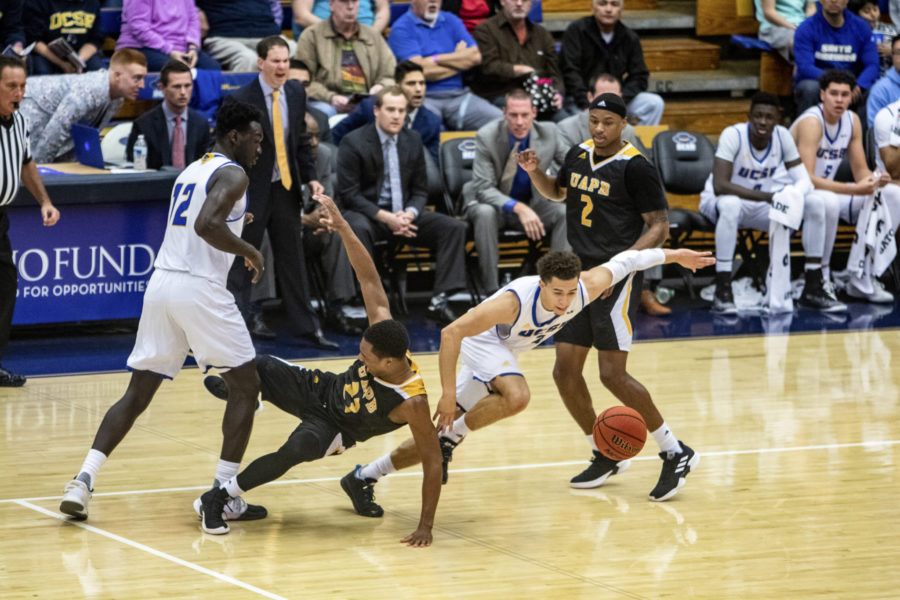 With the 2019-20 season having ended early due to the COVID-19 pandemic, the Gauchos were unable to see what they could have achieved at the semifinals of the Big West Conference men’s basketball championships. But the prospect of a new season brings with it new hopes and aspirations: a Big West title.

Ever since the 2017-18 season, UC Santa Barbara has consistently performed as the second-best team in the Big West Conference, boasting an overall record of 21-10 last season. Their dominance over the past couple of years has set them up to win their first championship this season since 2011.

With rival UC Irvine as the clear threat to achieving this goal, the team will be looking to make up some major losses, with five players having graduated from last year’s team., including Max Heidegger, who was the team’s leading scorer. However, it is worth noting that the Gauchos went 11-2 in the 13 games that he missed, showing that the other players are capable of stepping up when needed.

Regardless of losing five members this year, the team is full of experienced players. The team will be commanded this year by senior guards JaQuori McLaughlin and Devearl Ramsey. One asset they will both bring to the team is their 3-point shooting and playmaking, as they averaged a combined 20 points and 7 assists per game last season.

Delivering the scoring punch for the Gauchos, junior Amadou Sow will look to come in as a more polished scorer and fill the void left by Heidegger as the team’s leading scorer. As Sow finished second last year in points per game and first in total points over the season at 437 points, this is a very achievable goal for the talented junior. As the forward, Sow will look to bolster the team’s rebounding and shot-blocking, for which he was responsible for his team-high 7 rebounds and 1.1 blocks per game.

Nagle is a versatile big with a great 3-point stroke, shooting 40% from deep for his career, while Idehen is big with a soft touch and good defensive IQ. Another player that will assume a larger role is junior Sékou Touré. With Heidegger gone and Ramsey joining the starting lineup, Touré will be given the keys to the backup ball-handling duties — a job that he proved himself more than capable of doing last year.

The team excelled in assisting and rebounding last year. If the Gauchos continue on this trajectory while working on their 3-point shooting, then they may be able to clinch a title under the guidance of Coach Joe Pasternack.

The team will kick off their season on Dec. 27 against UC Irvine. This season will be a true test of character, what with COVID-19 protocols in place, but the Gauchos are highly capable of performing well regardless of the situation.

A version of this article appeared on page 7 of the November 12, 2020 print edition of the Daily Nexus.