The Daily Nexus
Features & Essays
“Six Cents” Podcast: Three UCSB Students Give Their Two Cents on Politics, Sports, Music and the World Around Them
November 12, 2020 at 10:56 am by Sunidhi Sridhar

By this point, most of us have our preferred escape methods from the bleak reality of the COVID-19 pandemic, whether that be arguing with strangers on “Among Us” until the early hours of the morning or baking yet another loaf of sourdough just to feel something. If you’re like me, however, and have had every intention of listening to the horde of podcast recommendations you’ve received over the years but never quite got around to it, there is no better time to start than now. For those of you who are looking to add a new podcast to your rotation, allow me to introduce you to UC Santa Barbara’s very own “Six Cents.” 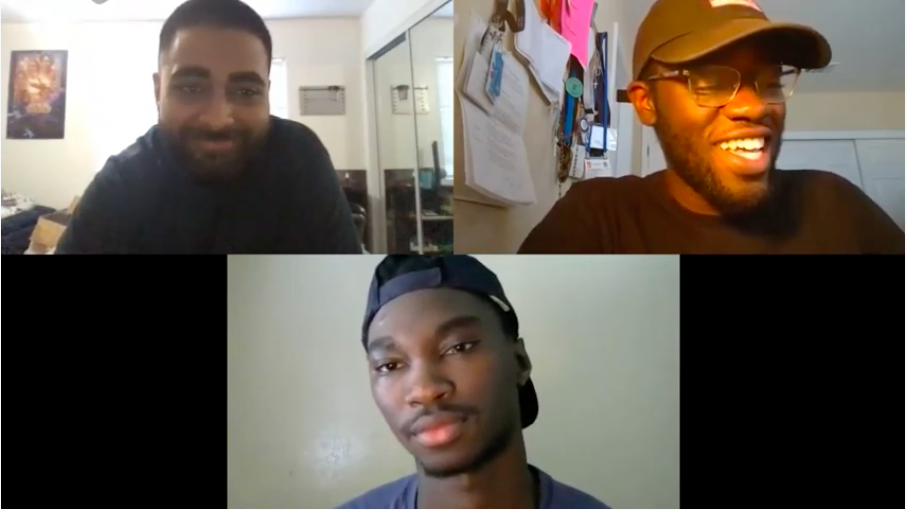 “[My friend] Jude came up to me our third year, just randomly, [while] we were at an ‘Art in A Park’ [event] in I.V. […] and he was like, ‘Hey, do you want to start a podcast? I already got another friend and I want to do a podcast,’” said Gurinder Singh Jassar, a fourth-year political science major and one-third of the “Six Cents” team.

“Six Cents,” created by Jassar and his friends Jude Kiruuta, a fourth-year financial mathematics and statistics major, and Sekou Yansane, a fourth-year sociology major, encompasses many topics that brought the trio together, such as politics, sports and hip-hop.

“I’ve always had a burning passion to talk to someone about politics, so that’s personally kind of why I always wanted to do a podcast with somebody, just to have someone to talk to about these things,” Kiruuta explained.

Since their first recorded episode in April 2019, the podcast hosts said they have appreciated how much they have grown from each other’s company, crediting their conversations as part of the reason why their personal and political beliefs have evolved.

“I like learning from them and it’s definitely changed the way I view politics,” Yansane revealed. “Before coming to this podcast, I definitely knew I had a progressive mindset, but with these guys, they’re more grassroots-minded and [our podcast] deepened my understanding of it. I’m knowing what to look for and what to avoid, and it’s been a really good experience for me.”

A year and a half later, Jassar, Kiruuta and Yansane have more experience under their belts as content creators, but the process was not smooth sailing at first. Kiruuta mentioned that the team was initially unsure about what equipment to use but ultimately realized that their phones would do the job. “Anyone that is going to start a podcast, your phone is actually a pretty good start, that’s what I would say,” Kiruuta said.

Yansane also mentioned challenges like finding a quiet place to record and figuring out how to edit the episodes. “We [have] to make sure our levels are correct after so I can post. We have to make sure we got any cuts out, any interruptions out, and make sure nothing was too distorted. We all shared some editing parts, so that was cool to have all of us involved.”

When asked if the episodes are scripted or if the dialogue flows naturally, all three hosts insisted that the conversations that their listeners hear are an authentic representation of who they are as friends. “We’ll just have a list of topics, and sometimes we won’t get to all of the topics or we’ll talk about something else that we didn’t put on the list beforehand. Other than that, there’s really no planning, and just speaking to the authenticity, I feel like we’ve honestly gotten a lot better as the episodes have gone on,” Jassar said.

When classes were in person, the trio admitted that they uploaded episodes more regularly but like everyone else, the COVID-19 pandemic has forced them to adapt to changing circumstances. “When we were on campus, we never really missed weeks. Maybe one week and we’d hop back up. COVID just really slowed us down a lot. We definitely want to get back up again,” Yansane emphasized. In the meantime, he said, they occasionally record episodes over Zoom and upload them to the podcast’s YouTube channel. 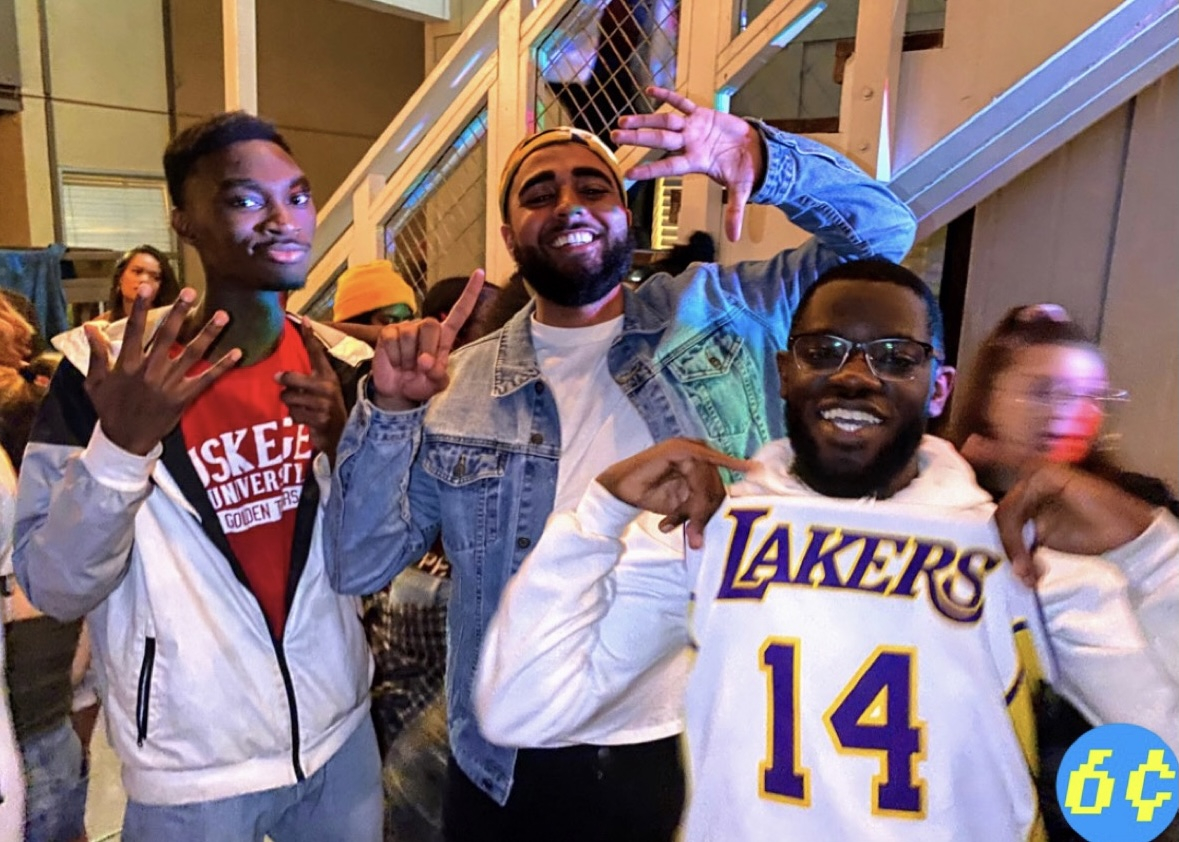 “We [used to] record our shows on Sunday mornings when there’s nothing to do, really, so that was the time for us to get together and knock a podcast out of the way and go back to doing our schoolwork,” Kiruuta said. “Now, with COVID, the motivation is there but there are so many things to tend to at home and it’s hard for me to have a consistent schedule.”

Not only have Jassar, Kiruuta and Yansane learned a lot about themselves and each other throughout this experience, but their conversations have also shed some light on which fields of study they would like to further explore.

“I saw [the podcast] as a chance for me to practice my skills producing content. I’ve always been interested in film production, more behind the scenes,” Kiruuta said. Jassar also expressed that the podcast has deepened his understanding of politics and its effects on everyone’s daily lives, and said he may consider a career as a journalist.

When they’re not busy recording, the “Six Cents” hosts can be found listening to their own favorite podcasts. Yansane listed “The Joe Rogan Experience” as an interesting listen to get some perspective from the conservative side, even though he said he first got into the show because of his interest in boxing. One of Jassar’s go-to podcasts is “All The Smoke” with ex-NBA players Matt Barnes and Stephen Jackson. Kiruuta is a fan of “Hella Black,” a radical left political podcast based in Oakland.

Even though the podcast is on ice for the time being, the creators of “Six Cents” are optimistic about the future of their show and are grateful for the friendships they have formed along the way. “The main thing is us growing as friends. As our podcast grew, especially in the beginning, I feel like we really clicked,” Jassar exclaimed.

Kiruuta echoed Jassar’s sentiments, saying that what he likes the most about their show is its authenticity. “Going into this, I wanted it to be just us, speaking from our hearts.”

You can listen to “Six Cents” on Spotify and Apple Podcasts.

A version of this article appeared on pg. 8 of the November 12 print edition of the Daily Nexus.