The Daily Nexus
Nexustentialism
It's satire, stupid.
Frats Test Positive for Everything
November 11, 2020 at 4:20 am by A. Wiessass 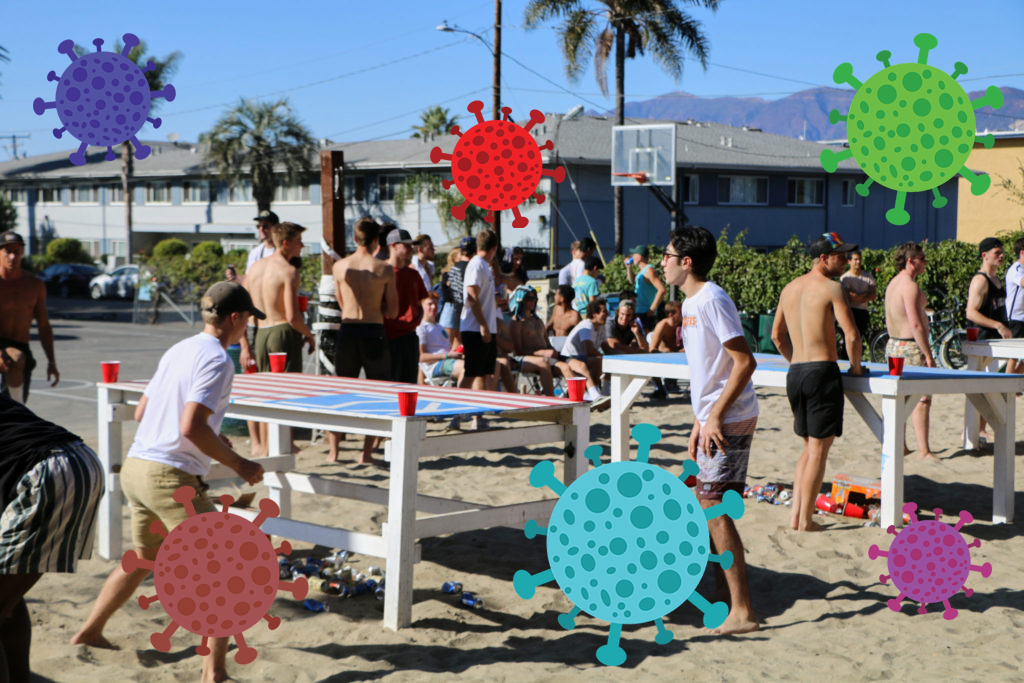 In an only slightly shocking turn of events, it appears as if the various fraternities of Isla Vista have collectively tested positive for every disease known to modern medicine. This update comes as disheartening news as Isla Vista continues to be the coronavirus hot spot for all of Santa Barbara County and winter classes are set to be almost entirely online. Public health officials have been reached out to for comment but were too busy banging their heads against the walls of their office and muttering, “How fucking dumb can these kids be,” under their breaths.

“I am shocked and outraged,” one A.S. senator posted publicly in response to this news. She continued, “I will do everything in my power to make sure that the frats are held responsible for the damage they are causing the community.” She has since posted three infographics to her Instagram story and introduced no legislation to the Senate.

Upon further investigation, it seems as if the different frat houses across I.V. have taken de facto specialties in their contracting. Some have gone for domestic diseases, some have gone for diseases that target specific systems within the body and, while most houses have a respectable collection of STIs, some houses seem to be looking to collect every strain of every STI in every combination possible.

“Well, we all have COVID; Neil went on to the South and came back with West Nile and I somehow got Zika. Remember that one?” asked Stuart Spredder, a member of a frat that has been dabbling in some classic diseases from the news cycle of the 2010s. “It wasn’t really a conscious effort at first, but once we saw how quickly we could spread a bit of SARS, we started to take pride in our immense infectiousness.”

A version of this article appeared on pg. 5 of the November 12 print edition of the Daily Nexus