The Daily Nexus
On the Menu
What Students Eat During Desperate Times
November 9, 2020 at 12:34 am by Celine Pun, Nicole Wakeland and Maya Salem

It is easy to think that the homebound time we have gained from this pandemic has made us better chefs. Fridges are bulging more than ever before and everyone is learning how to mince garlic — after all, foodie Instagrams were created to flex this adulting skill.

However, behind the scenes, not every plate is photo-worthy. Sometimes, there are too many back-to-back meetings that require participation. Sometimes, cooking just seems like too much work. Sometimes, four hours of sleep does not give us enough energy to light a stove, season our ingredients and wash dishes.

Our desperation can create “interesting” definitions of what constitutes a meal, but that’s okay. Desperation food still provides nutrients.

We were wondering what our fellow UCSB students consume during their desperate times, so we asked around — virtually, of course. Here are their responses: 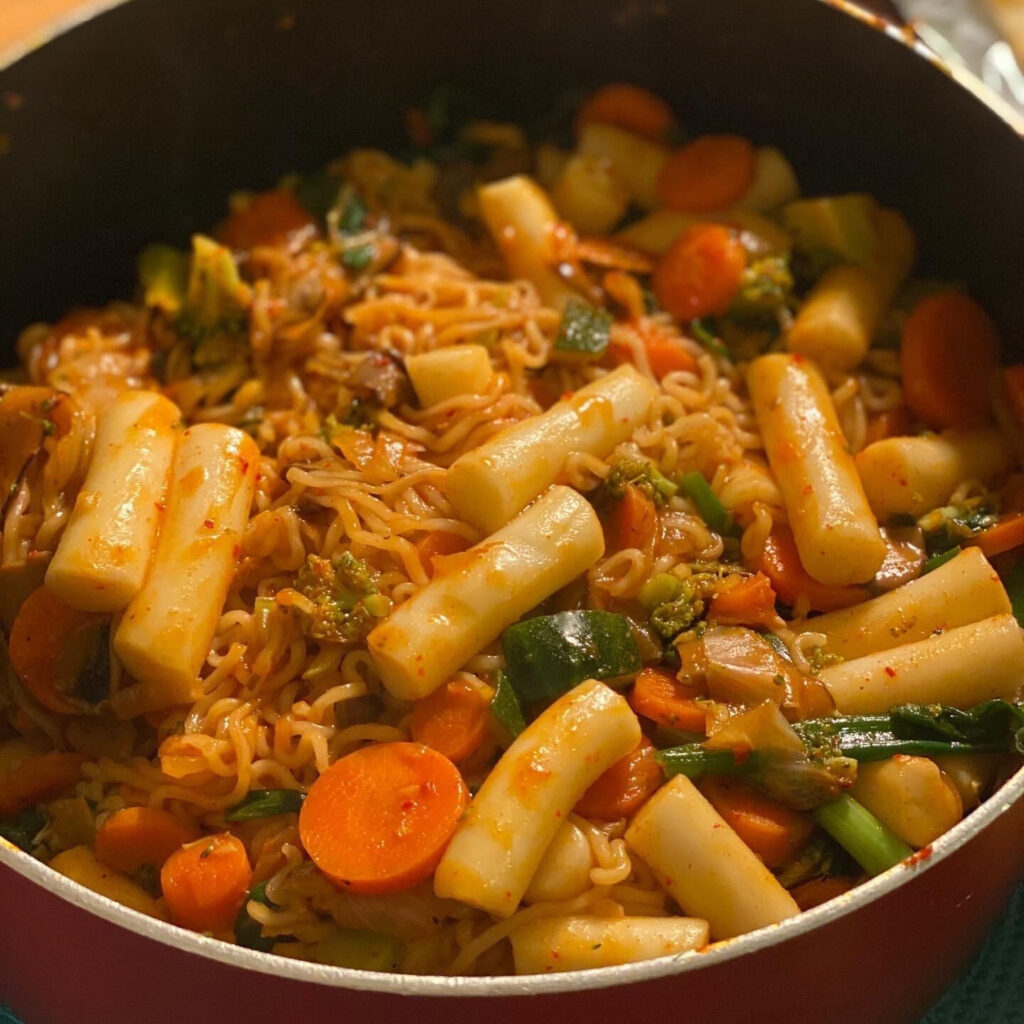 Since Nissin created the first Cup Noodles in 1971, instant ramen has remained a staple product for many college students. Nothing beats how affordable and effortless it takes to whip up a bowl of this desperation meal. According to the responses from our interviewees, ramen’s reputation won’t change any time soon.

Jenlane Feng, a third-year math major who is the number one simp for Sykkuno: “A lot of Shin ramen. Chop up garlic and fry that in oil. Then, boil water. Then, noodles. Crack an egg — soft boiled egg.”

Hak Zhang, a third-year CCS physics major who is a Hawaiian bread and philosophy enthusiast: “Cup noodles — water in a mug at CCS building and heat it in the microwave and put it in the noodles. If there is sesame oil that is not mine but there, I will use it.” 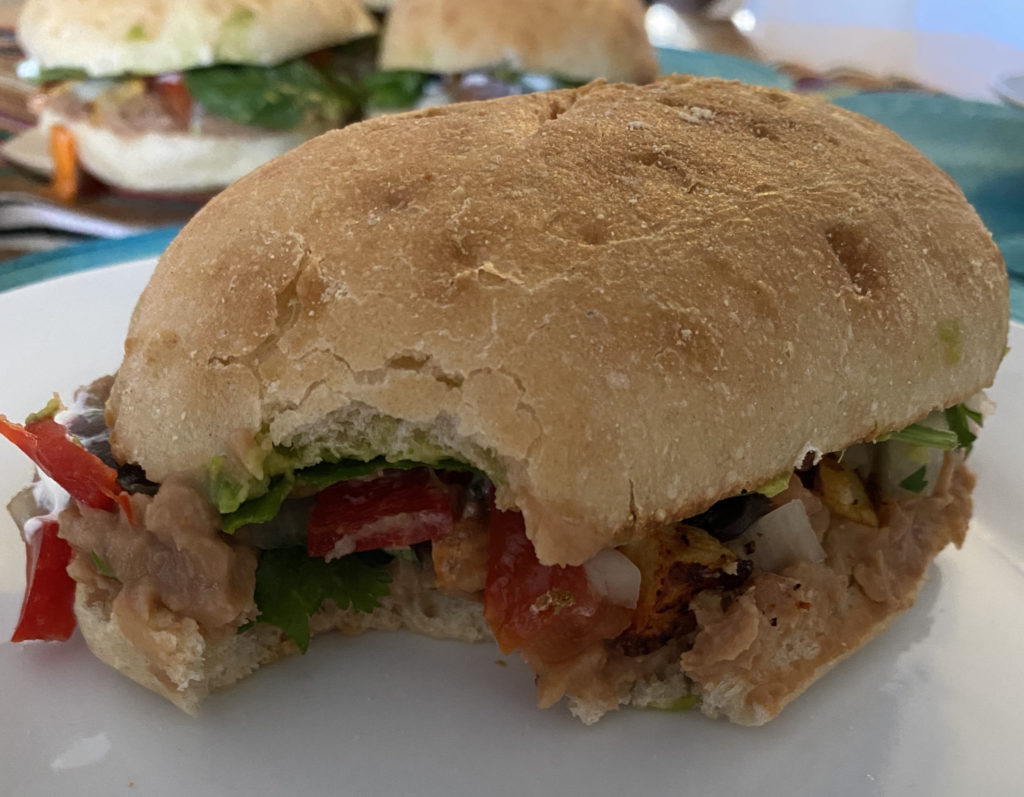 With the most basic ingredients and the right sauce, a sandwich can turn out pretty tasty. Not to mention, sandwiches don’t take long to make — a perfect snack on the go. In desperate times, we will resort to the old elementary school classic: the peanut butter and jelly.

Richard Yang, a third-year CCS physics major who has eye strain from looking at shrimp embryos: “A sandwich: two pieces of toast from the [Associated Students] Food Bank. Lettuce rinsed under tap water. Slices of tomato. Choice of bacon or sausages. Optionally grilled on the pan. Add mayo and Thousand Island as see fit.”

Pierre Thibodeaux, a third-year CCS physics major who turns in homework too early and is bad at chess: “Anything can be a sandwich with two slices of bread.”

When in doubt, rice can complement or become a nutritious meal. Full of vitamins, like vitamin E and potassium, as well as protein, rice may be the best option for a quick meal. It’s low in fat and high in starchy carbohydrates — which makes rice so filling. Whether rice is cooked in the microwave, on the stove or in a rice cooker, rice is perfect for desperate times.

Rei Landsberger, a third-year CCS physics major who is a Clash Royale clan dictator playing tennis at two in the morning: “I like my natto and I like my short-grain Japanese rice. I can eat bowls of that shit.”

Thibodeaux, also a sandwich advocate, agrees: “I am Asian so eating things over rice is also very convenient.”

In desperate times, we are allowed to treat ourselves. Incorporating sweetness — whether it is processed or naturally occurring — brings some light into dreary times. For example, throwing some banana bread in the oven is a tasty way to repurpose week-old bananas sitting on the counter. Another quick way is by adding more fruit to your freezer to later add to smoothies, “nice” creams or sparkling water, or to be fried in pancakes, consumed as is or defrosted in the microwave.

Paige Dixon, a third-year physics and CCS writing and literature double major who is taking 21 units and has eyes for Hans Zimmer: “Oatmeal because I can make it one day and eat it another. Add walnuts, cinnamon, maple syrup and bananas. I also finally started baking some stuff like banana bread and pumpkin crisps like what they make at Carillo [Dining Commons].”

Frozen food, whether bought or meal-prepped, is the most popular choice for desperate dining. Trader Joe’s and Costco are affordable stores to obtain all your frozen amenities. Not only are the foods well-prepared, but 2 a.m. breakfasts also require less than 10 minutes to make. The convenience of this concept is genius, and we are totally here for it. Also, don’t forget the best thing about frozen food: shelf life extends to weeks!

Brenda Nusiem, a third-year financial mathematics and statistics major who is a sucker for horror movies and wine: “Pepperoni Hot Pocket. Kraft mac and cheese to-go cups. I am such a big chicken tenders advocate. Pre-made fries. Frozen Mexican food: quesadillas, burritos. A lot of Taco Bell, McDonald’s and Chick-fil-A.”

Landon Loock, a financial mathematics and statistics alumnus who plays a bit too much basketball during the pandemic but still rocks a smile in his voice: “Pot pies. Chicken bakes. Both from Costco. Frozen pizza. Not the best but so good.”

“Anything that is frozen and cooks easily like Trader Joe’s gnocchi. Add a little kale. The food my parents make.” 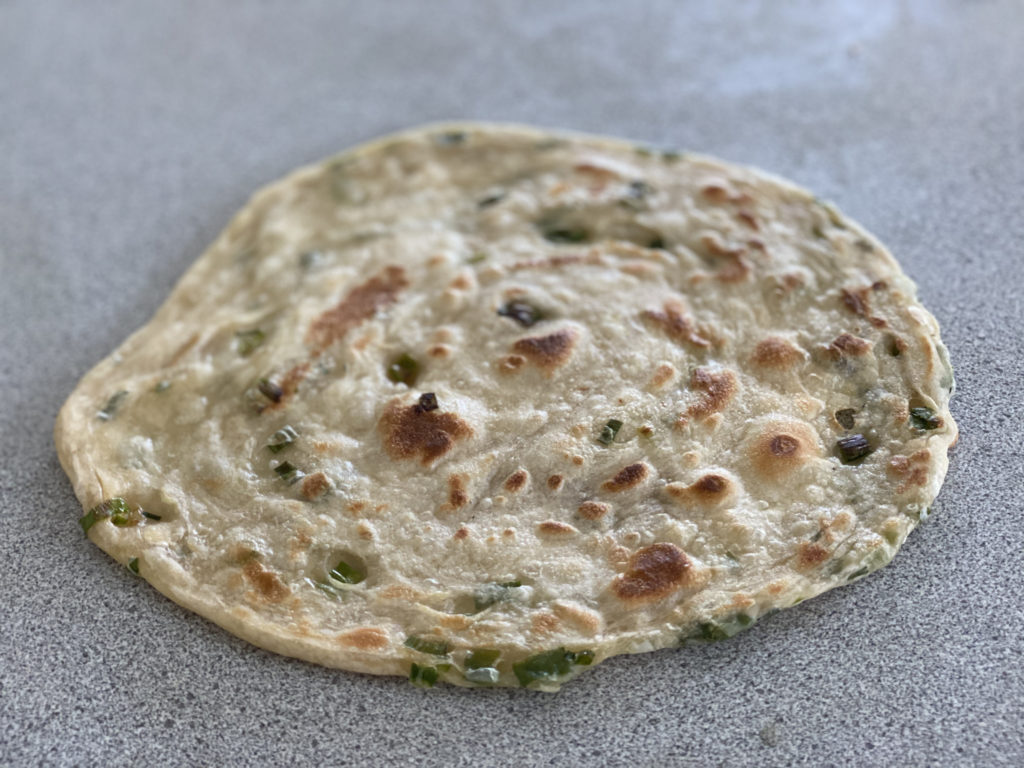 Desperate times are sometimes like the day before grocery shopping: a near-hollowed fridge, unrecognizable foods stashed in corners and menial leftovers scattered in Tupperware containers. Sometimes, these crazy ideas can turn into surprisingly fine dining. Grab a little protein, toss in some wilting produce and finish the meal with some old sauce.

“Shitton eggs — eggs and whatever I have around the house: spinach, tomato, onion, sometimes chicken sausage. Lemon pepper seasoning.”

Michelle Chiu, a fourth-year CCS biology major who’s the person in the CCS Community Council listening to Blackpink and doing everything: “My grandmother mass-produces green onion pancakes. Mash up some avocado and hummus and add some arugula, sometimes cucumbers and tomato or tempeh. Sprinkle some salt and pepper and chili flakes.”

Not all of our cooking adventures are social-media worthy, but they can help us survive the day — or week. In hindsight, ramen for breakfast, lunch and dinner is not recommended, but at least knowing where your next meal comes from is a favor in disguise. With the experience gained from handling desperate times, we can accomplish anything.

Fingers crossed, of course, that such times won’t befall us again.