The Daily Nexus
The Daily Stench
Collective Sigh of Relief Blows Down Trees, Carries Away Children Across Country
November 8, 2020 at 4:20 am by Henri Bemis 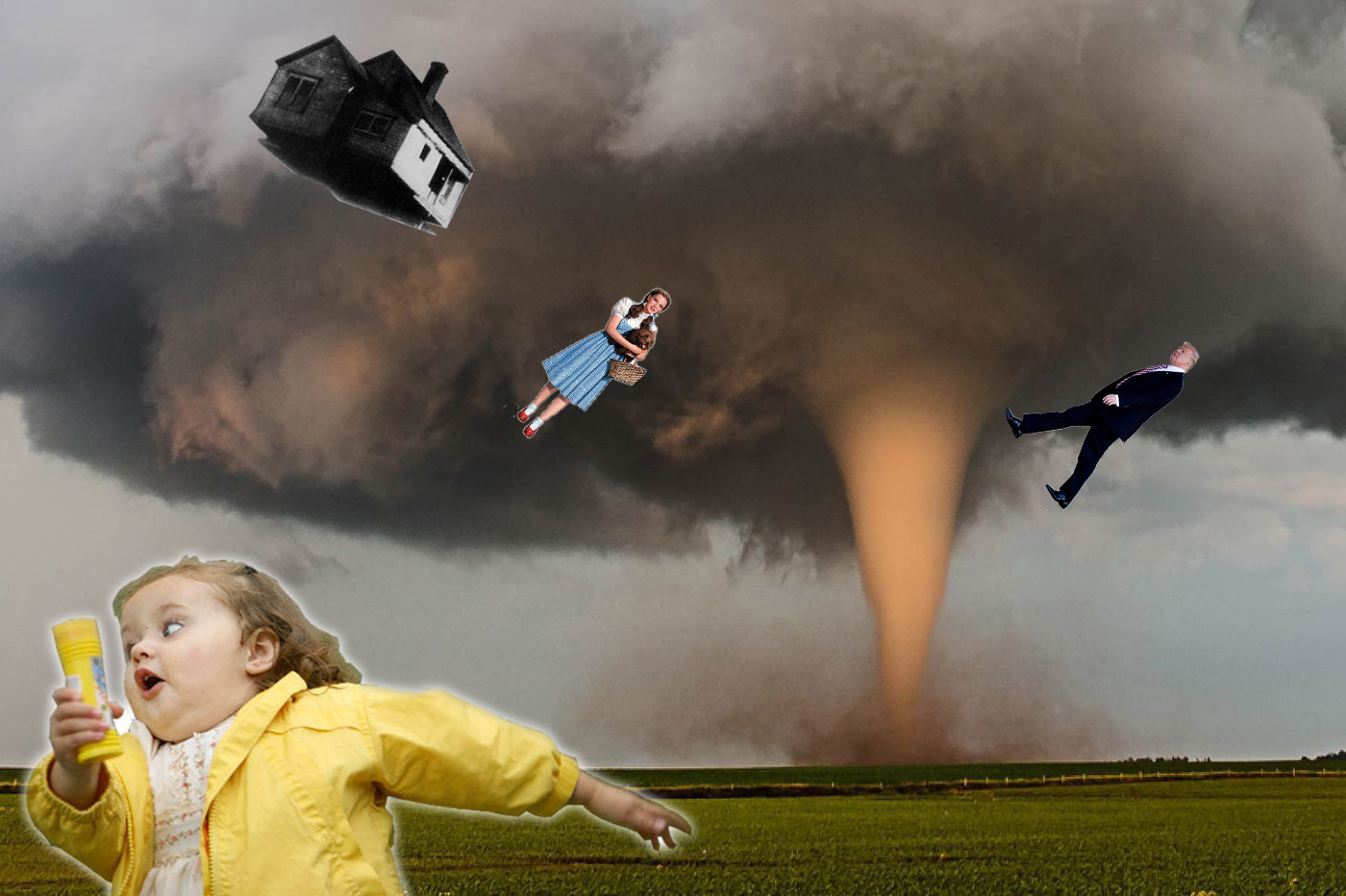 Finally releasing four years’ worth of tension, citizens of the United States huffed and puffed this evening upon realizing their nightmare was finally over. The enormous magnitude of their collective sigh reportedly blew over trees and carried away all small children unfortunate enough to be holding umbrellas at the time of exhalation.

Gusty conditions are expected to last throughout the week as news of Joe Biden’s victory in the presidential election spreads throughout the country’s population. Weather analysts have warned citizens to stay indoors while everyone mentally processes the fact that we actually let Donald Trump be the president of the United States for four whole years.

“Wind speeds of over 100 mph are expected to last throughout the week,” reported our resident Nexustentialism meteorologist Stormy Manuels. “And that’s just the beginning –– gusts are likely to increase again once people realize the nation’s slide into fascism may be taking a temporary hiatus.”

True enough indeed, reports have come in from all across the country that small children and animals, as well thousands of bouncy houses, were swept into the sky as soon as the news broke that Biden would likely win the election.

Some citizens will likely be holding their breath a little bit longer, waiting for Trump’s final (and likely forcible) removal from the White House like the engorged, disgusting tick on the taint of this nation that he is. Upon this excision, the sigh of relief released by the American people is expected to circle the globe many times over, bulldozing buildings and whisking away anyone who failed to seek shelter –– it will be catastrophic (but still leagues better than the alternative electoral possibility).

When asked to describe their relief, citizens across the country found that words failed them. Many were found sitting cross-legged on their floors, eyes closed and mouths upturned in blissful smiles –– some even gently levitating, having finally found true inner peace knowing that the time of the awful orange man was coming to a close.

Henri Bemis has never used Xanax but imagines this is what it feels like.