The Daily Nexus
The Daily Stench
In The Absence of Students, Campus Gnomes Colonize Girvetz Hall
November 4, 2020 at 4:20 am by Raana naghieh 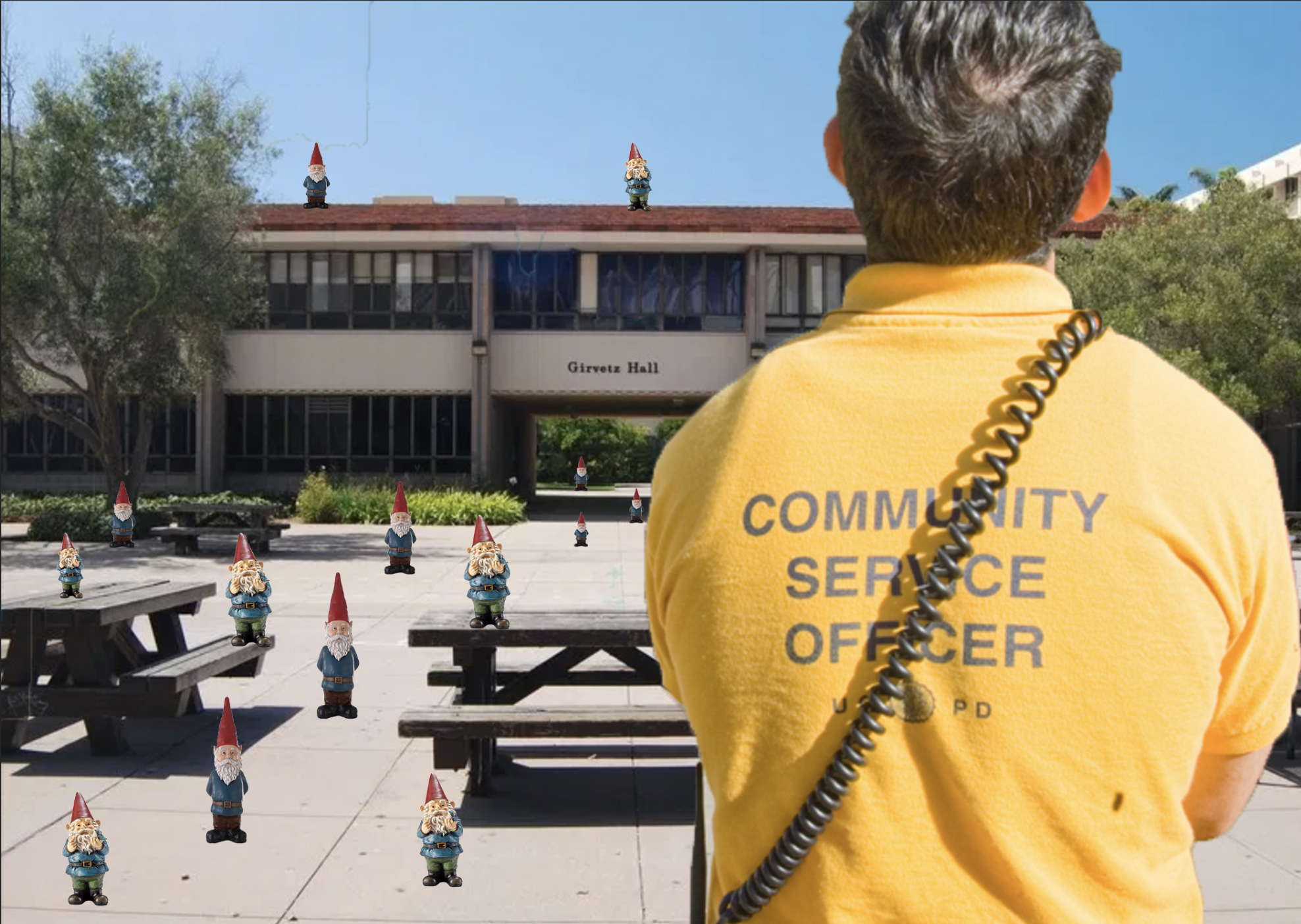 For hundreds of years, UC Santa Barbara students have speculated as to whether there are truly gnomes living behind the Department of Gnome Studies’ door in Girvetz Hall. All those who dared to venture beyond the miniature door have never returned. As of today, however, we can confirm with a heavy heart that the rumors of a flourishing gnome city-state on campus are true.

Yesterday evening, a merciless horde of gnomes swept through the dust-covered, supremely malodorous classrooms of Girvetz Hall. When asked why they colonized Girvetz , a representative of the gnomes said (in between unintelligible grunts): “The empty campus seemed like the perfect opportunity to seize our birthright and demand a larger living space. Also, we ran out of Puff Bars and needed to get some more.” He then promptly shotgunned a White Claw.

Witnesses describe that the gnomes — lit only by the light of the moon — began to fortify the walls of Girvetz, dig a moat and lock themselves inside.

Knightly Community Service Organization (CSO) officers rushed to the scene, laying siege to the building with cannons and trebuchets — but to no avail. Around midnight, the CSO General, Bryan Bootelikerre, described their next course of action. “We’ll knock down Storke Tower and use it as a battering ram, I guess?”

As of this morning, the gnomes have managed to elude the CSO officers, and plumes of Puff Bar smoke can be seen rising out of the most hideous building on campus. In response to being asked what their next plan of action was, the gnome representative responded, “We don’t really gnome.”