The Daily Nexus
Student Gov
A Guide to the Student Advocate General Special Election
October 26, 2020 at 11:47 pm by Katherine Swartz

Following the resignation of Melissa Perez in September, 12 UC Santa Barbara students have officially declared their candidacy to become the next Student Advocate General in a special election being held this week.

The special election for the Student Advocate General (S.A.G.) position will be held from Oct. 26 at 8 a.m. to Oct. 29 at 4 p.m. At least 4% of undergraduate students will have to vote for the results to be valid, which amounts to approximately 930 students.

Each candidate filled out a questionnaire pertaining to their background and platform points. Below is a summary of each candidate. 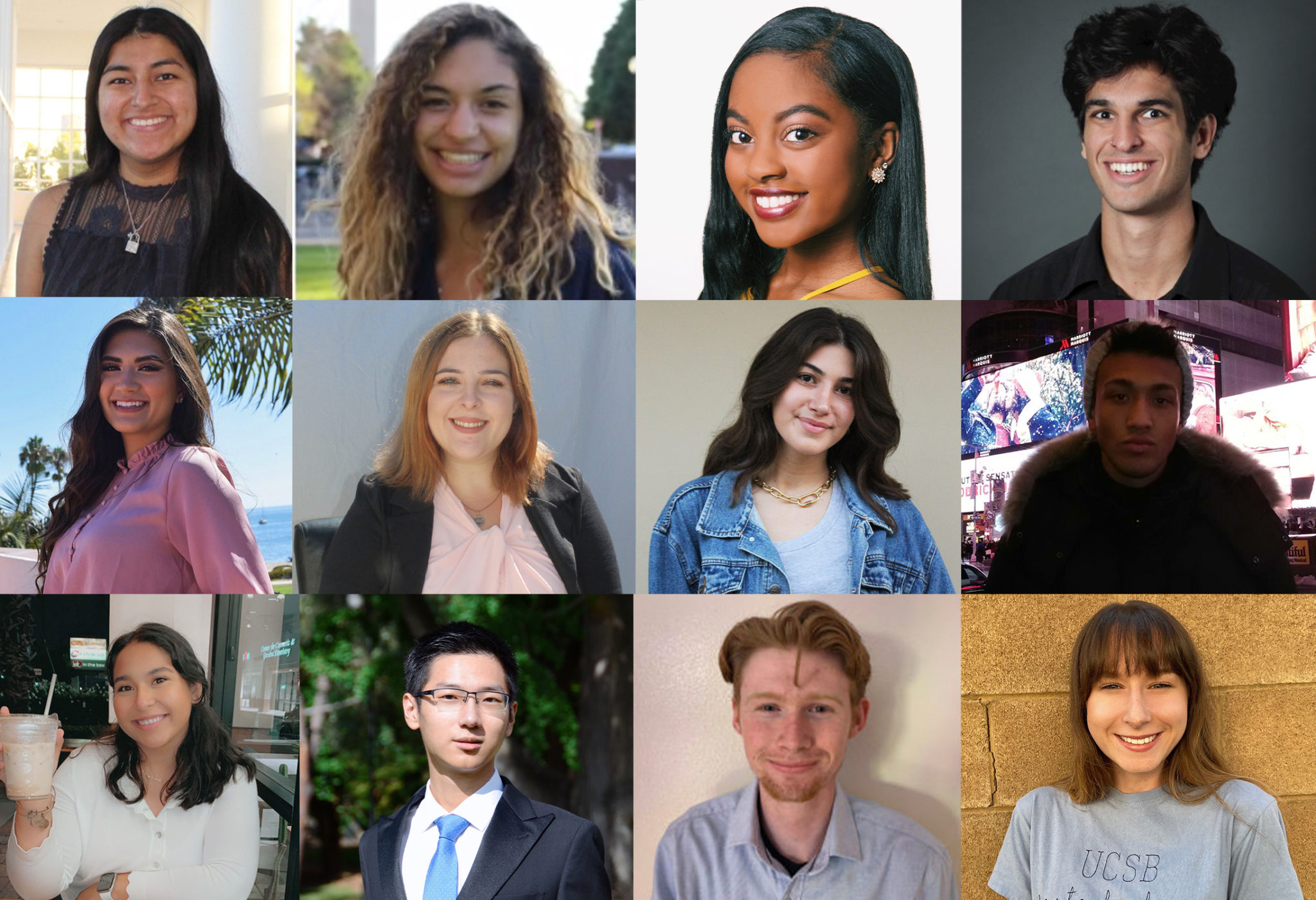 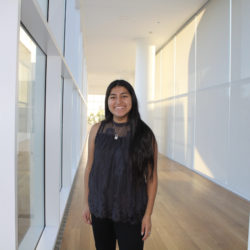 A fourth-year history major, Cuevas said her experience within Associated Students (A.S.) is “minimal” but said other leadership experiences — such as interning in the UCSB Art, Design and Architecture Museum and tutoring — “helped me help other students reach their potential, find their inner strength and help them find a voice.”

She said she’s running for S.A.G. because she wants to ensure students know their rights and are aware of “the processes surrounding administration,” and that as S.A.G., she plans to prioritize inclusivity and providing a safe space. 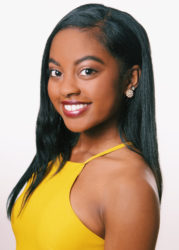 As S.A.G., Walton says she will prioritize mental health advocacy and “[advocating] for students who are looking for support when faced with obstacles.” A third-year dance and sociology double major, Walton has experience working within A.S. on mental health projects such as by serving as the mental health special projects director, co-chair for the A.S. Public and Mental Health Commission and mental health coordinator for the External Vice President for Statewide Affairs office, along with work in other A.S. offices. She also works as the youth chair for the National Alliance on Mental Illness and created her own charity, “Breaking the Silence,” to raise funds for teen and young adult mental health awareness.

Along with creating more mental health services both on and off campus, Walton said she plans to establish a S.A.G. resource website with an appointment system for caseworkers in light of remote instruction, create a S.A.G. grant to aid students in financial need and establish a housing casework division. 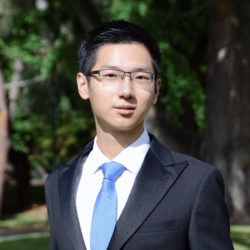 Fan, a second-year economics major and international student who ran for off-campus senator in Spring 2020, said he wants to address racial injustice and prejudice by focusing on students’ safety and well-being and by increasing accessibility and transparency in the Office of the Student Advocate (OSA). Specifically, Fan says he’ll work to implement permanent COVID-19 testing sites in I.V., create a division of the S.A.G. office for international students, relax the requirement of academic probation for students with severe mental distress and host regular forums to educate the student body about “racial justice, diversity [and] accountability.”

Previously, Fan served as a student-at-large representative in the A.S. Internal Affairs Committee — where he reviewed Senate bills and provided suggestions for amendments — and is currently the communications director for A.S. Lobby Corps. Outside of A.S., Fan is an intern for Congressman Salud Carbajal’s reelection campaign and in April fundraised $1,000 as a donation to the local government to “combat the [corona]virus.” 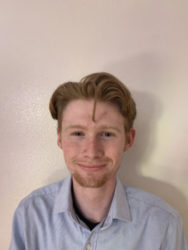 Breslin is a fourth-year political science major and said he first heard about the S.A.G. office in an email about the special election. Breslin said he personally has had issues with financial aid and “other problems with the university that I dealt with myself and felt helpless [about].”

A transfer student, Breslin said he hasn’t been involved with A.S. but was a student senator at his community college and previously started and ran a grocery delivery team to help distribute groceries to those impacted by COVID-19. He said his main priorities as S.A.G. are outreach and education, and that he wants to “change the image and efficacy of this office and transform it into something that all students know about and utilize.” 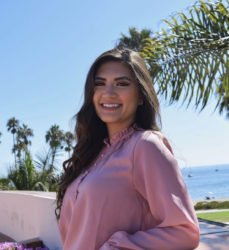 Mihaljevic is a fourth year majoring in communication; she previously worked in the Academic Counseling Center at her community college, assisting students with academic problems and serving as a liaison between students and professors. Mihaljevic is the co-founder and former president of the Association of Multi-Ethnic Persons, where she said she “gained experience as a leader, running a board, and executing our club goals.” At UCSB, she’s served as a peer advisor in the Transfer Student Center and has worked with the Office of Student Life, where she became trained to assist transfer students.

She said her priorities are to create “more accessible resources that aid virtual learning,” such as providing more students with laptops and stable internet. She said she wants to create an inclusive environment that increases accessibility to resources among marginalized, underrepresented and non-traditional students specifically. 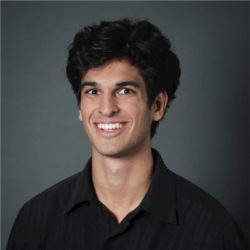 Aly is a fourth-year double major in economics and political science and served as external deputy chief of staff in the S.A.G. office last year. He was responsible for outreach efforts for the office such as organizing free student events, promoting and advertising the office and reaching out to other student organizations to promote the office’s resources.

He said that every student who approaches the OSA is likely facing their own set of obstacles, so it’s important for the S.A.G. to know how to communicate with people from “different backgrounds, cultures, and communities” to establish trust-based relationships. Aly’s main priorities for the office are raising awareness about OSA and providing students with a full understanding of the services OSA provides. He plans to do this by building relationships with UCSB staff and faculty, who can lead students to the office when they’re in need. 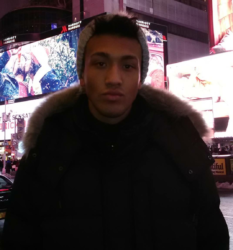 A fourth-year economics major, Espinosa’s top priorities for his tenure include lowering GPA requirements for financial aid, lowering student penalties and providing “more comprehensive resources for those affected the most by this pandemic.”

“COVID has disproportionately affected underrepresented groups, and I intend to fight to assure that all students have an equal chance to achieve their academic and personal goals, without having to compromise,” Espinosa said.

Espinosa said he does not have experience working in A.S., but said he worked with the City of Santa Barbara Rental Housing Mediation Task Force to assist low-income individuals in finding housing while in high school. He said he also worked with a nonprofit last year to provide advice and both academic and professional solutions to at-risk students. 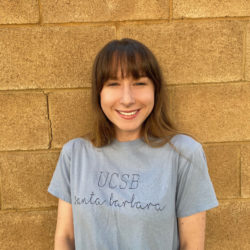 Bandoni is a fourth-year transfer student majoring in English, and said she wants to increase awareness of the OSA and that her priority is “to make all students feel as though they are not alone.”

She said she has no prior experience in A.S., and said she has “demonstrated a history of leadership capabilities in life outside of UCSB.” 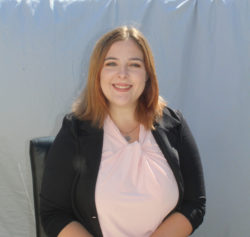 Gates, a third-year sociology major, said that in her experience “this office has simply not done as good a job as we should be doing.” She served as an OSA conduct caseworker last year, and said she’s handled “everything from residents getting written up in dorms to cases of assault threatening expulsion.” She says she’s the only candidate who has a full year’s worth of experience working with students in the office, and that caseworkers are “the glue” of OSA, meeting the most crucial student needs. Besides work in the OSA, Gates served as a UCSB Mock Trial captain last year and currently is on the TEDxUCSB board and serves as the fundraising chair for the UCSB Scuba and Freediving Club.

“What I think is even more important than what’s on your resume is actually having the patience and problem solving ability that you need to be successful in the office,” Gates said. “This office has to balance productivity with sensitivity. The students we see may be going through the worst time of their lives — I recognize that. And I’ve already shown that I can do that.”

Gates said her top priority is outreach, and that the struggle this year is connecting with students virtually. She plans to implement an online system that gives students immediate access to the OSA staff, and outside of normal office hours, she said she’ll prioritize helping students receive help as quickly as possible. She will establish a schedule for OSA members to virtually attend and interact with campus clubs and organizations so that the OSA will be students’ “first call by the end of the year” in times of crisis. 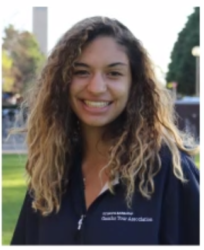 Rubin is a second-year political science major and said her priorities for the office are building a student website with all resources in one place and implementing a forum for students every quarter to allow them to connect with administrators, which she said will “place students’ voices at the forefront and bridge the gap between the students and administration.”

Rubin said she has no prior experience within A.S., but in high school, she was a juror in her city teen court and at UCSB worked as a tour guide and is the chief of staff for the UCSB Model UN team. 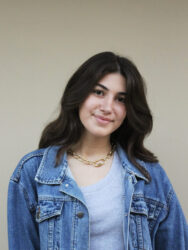 Danielzadeh is a fourth-year English major and served last year as an A.S. College of Letters & Science senator. Currently, she’s the publicity coordinator for the office of the External Vice President for Local Affairs, where she said she has  provided COVID-19 updates and increased accessibility to the office’s resources. Outside of A.S., she’s a web and social media intern for the Division of Humanities and Fine Arts and previously interned at Westminster Free Clinic in her hometown of Thousand Oaks.

She said that many students are still unaware of the resources OSA provides and plans to further increase outreach and social media publicity. She also wants to focus support toward students facing academic inequality or difficulties due to COVID-19 and remote learning. She plans to support survivors as S.A.G. by creating a coalition “to ensure the work students are already doing to support survivors is acknowledged by [the] administration by cultivating a more streamlined network of survivor resources.” She also plans to create an A.S. advocacy council to consolidate advocacy efforts within A.S. by meeting with “other organizations that are already working to amplify students’ voices.” 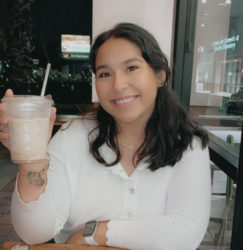 Carmona is a third-year political science and Spanish double major, and said she wants “to become an ally for those who want to defend themselves against an adversary that could be intimidating.” Her priorities are to make the office more well known, create “a trusting and empowering bond” between the office and students and work alongside UCSB Undocumented Student Services.

Carmona said she’s been involved with A.S. since her first quarter at UCSB, previously working as a president’s fellow and continuing projects coordinator under last year’s A.S. president, Alison Sir, where she focused on revamping the A.S. Strategic Plan. Outside of A.S., Carmona is involved with the UCSB Legal Education Association for Diversity and CALPIRG, and she is an intern for a state judge at the Superior Court of California in Los Angeles.

This “AS Strategic plan” has to be the most laughable thing ever. You need to plan a plan so other people can make a plan?