The Daily Nexus
Science & Tech
Rivers in Madagascar Offer a Window Into the Inner Workings of Abrupt Channel Shifts
October 18, 2020 at 10:30 am by Sean Crommelin

Sam Brooke, a postdoctoral researcher at UC Santa Barbara, has been curating Landsat satellite imagery, looking at the major rivers of the world in search of patterns on the decadal scale. He has an eye out for one feature in particular: how the river channels approaching the sea have changed over time — in other words, avulsions. 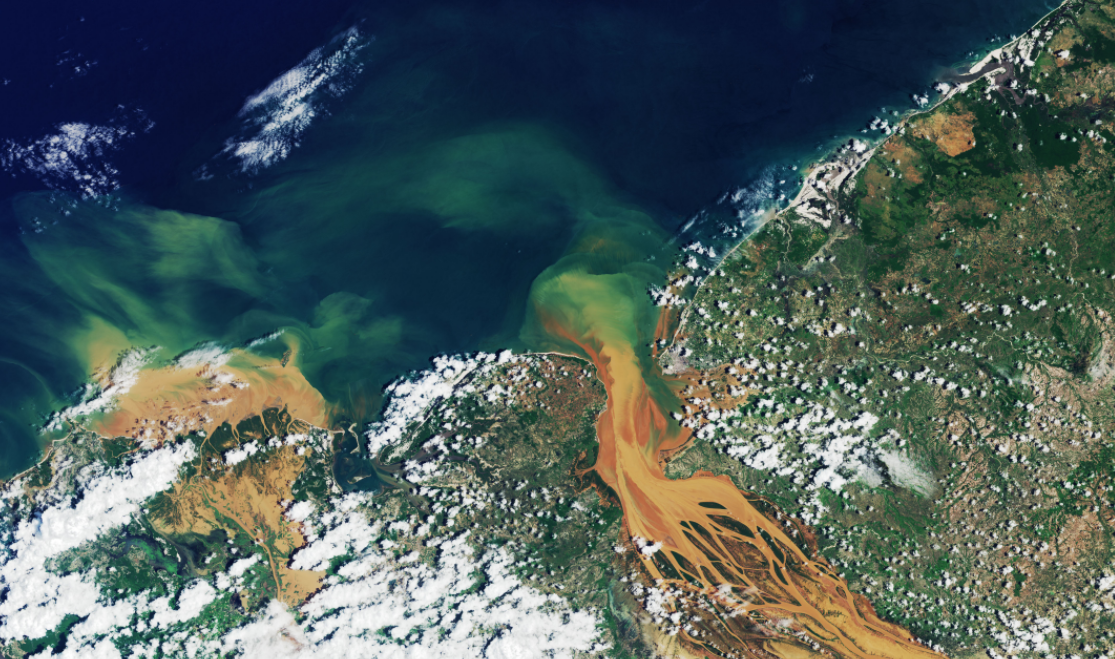 A river avulsion is an event in which a river shifts its course, abandoning a channel in favor of a new one. Such events can be devastating to the communities around these areas.

“Avulsions are potentially one of the most unpredictable but also dangerous river natural hazards because most of the world’s population likes to live on fertile plains where you can grow things, and [river] deltas make fantastic farmland,” Brooke said.

Rivers are constantly adjusting their channel paths in response to water discharge and the supply of sediment along and, occasionally, against them. Sometimes, however, one will encounter a major shift where a river has moved multiple channel lengths. Deltas and alluvial fans have a fan-radial shape to them because of these shifts over time, according to Brooke.

“Our end goal …  is to collate global avulsions and figure out where they are and whether our models can adequately predict why they occur where they occur,” Brooke said. “We have a hypothesis that avulsions tend to occur in areas where there is both sufficient sediment supply and sufficient flood discharge variability.”

Brooke and his collaborators, including Vamsi Ganti, an affiliated professor in the Department of Earth Science, are among the first group attempting to map out where avulsions occur and using this to test existing hypotheses regarding the factors and conditions leading to these events.

The conventional belief is that the node of an avulsion — the point of a river where it begins to branch off — tends to occur within the backwater reach of a river, which is the length upstream from the mouth of a river where the effects of the sea, or a standing body of water like a lake, are felt. In a backwater, there is often little or no current.

The backwater reach is often the site of avulsions because the deceleration of water which occurs there tends to result in an aggregation of sediment on the bend of the river. Over time, rivers there begin to degrade and eventually an overbank occurs, in which a high flood event causes a river to carve a new channel in search of a better path of least resistance.

However, in Madagascar, the researchers discovered avulsion nodes much further away than scaling using the backwater length would have predicted — about 20 times further. Sites in Madagascar may appear initially to be an edge case.

They believe other factors, such as flood events and the characteristics of sediment in a river, are in play influencing avulsion nodes in Madagascar, which could help bolster their hypothesis.

“This was a good indication to us that areas with sufficient fine-grained deposits that are also steep are highly likely to be very prone to adjusting quickly to changes in discharge variability,” Brooke said. “That’s the kind of model that we want to test.”

Rivers in Madagascar are particularly steep and contain very fine saprolitic soils made of silt. Madagascar, in fact, is one of the fastest eroding basins on Earth, owing to both its saprolitic soils as well as extensive deforestation. During flood events, the rivers become turgid with this silt.

“And so in Madagascar, we have a combination of both very high flood discharge variability and very fast river adjustment timescales,” Brooke said.

“From the months of January to March, the rivers will be at their maximum depth; there will be at their bankfull width and depth. This time, all the material in the backwater reaches at the very bottom of the river, where it’s closest to the sea, will be raised. And the floods coming from the upstream will scour way further up, past the backwater length.”

If Brooke and Ganti prove correct, this does not bode well for rivers facing shifts in weather and flood discharge due to climate change and sea level rise.

“This Landsat-based remote sensing fieldwork that we’ve done in Madagascar is the first test of the importance of the intensity and length of your floods on setting the location of avulsions, and Madagascar has been a fantastic example of where these effects can really produce a tangible difference in how our rivers change over time,” Brooke said. “The climate change component of this is the importance of flood discharge variability and how that might relate to changing rainfall.”

If rainfall becomes more extreme, as climate science suggests, the flood scour durations will increase in response to this. According to Brooke, this will cause avulsion nodes to migrate upstream, putting more people and land at risk of avulsions.

On top of this, sea level rise may result in upstream migration, as well as an increase in the length of the backwater.

Having completed this promising first step, the researchers now plan to look to other avulsions and to mount more evidence.

“What we’re going to do now is with our new database of about 100 avulsions — in Java, the Philippines and all over the world — we’re going to ask, ‘Does our model hold up?’” Brooke said.

“We might be close to a model that works everywhere … In our current model, Madagascar isn’t an edge case. It’s just an area where avulsions are much better described through flood scour.”