The Daily Nexus
Nexustentialism
It's satire, stupid.
Fly on Mike Pence’s Head Secures Deal with Fashion Nova After Newfound Fame
October 15, 2020 at 4:20 am by Valerie Fu 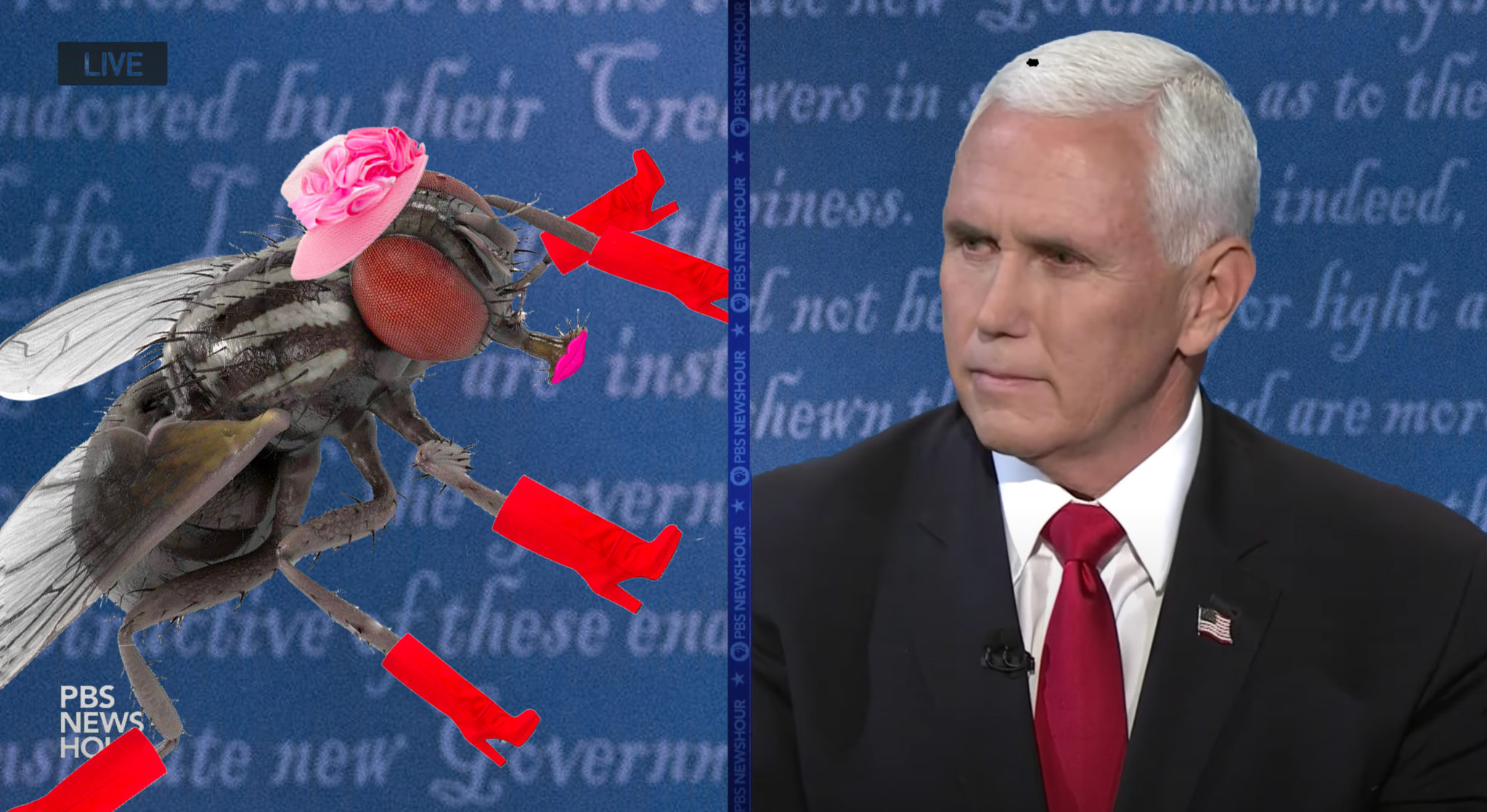 After enjoying a week of newfound notoriety, the now-infamous housefly (Musca domestica) that made its debut on the downy white head of Vice President Mike Pence during the 2020 United States vice-presidential debate has secured a lucrative deal with clothing retail giant, Fashion Nova.

“Honestly, things blew up overnight,” said The Fly. “One morning I woke up, checked Twitter and found that I had become a cultural and political icon. It’s really quite overwhelming, especially for someone who was literally born last week.”

Fashion Nova, an affordable fast-fashion brand that has become a favorite of high-profile figures such as Kylie Jenner and Hailey Bieber, has struck a winter capsule collection deal with America’s new politically savvy sweetheart. Despite having little to no modeling or fashion design experience, The Fly has decided to apply its political expertise to a broader and arguably just as influential pursuit: serving looks.

When asked about what direction the new capsule collection will be going in, The Fly replied, “I’m thinking of combining NYC chic, you know, like slick leather boots and snakeskin, with a playful twist.” Ever the politically conscious citizen, The Fly added, “I also want to give a nod to my family by adding iridescent elements to mimic the sheen of a housefly’s wings and include chain belts to symbolize the oppression of U.S. citizens under President Donald Trump’s fascist regime.”

The Fly plans to take these next couple of days to work out and eat clean in order to put the best of its six feet forward for the upcoming shoot. “My ass really is my best feature; it just refuses to quit. I really have to focus these next few days so that I can stay snatched as fuck,” The Fly said. “Can’t afford to get dragged on stan Twitter after my 15 minutes of fame.”

Even after securing such a lucrative fashion deal, The Fly still plans to pour its remaining energy into encouraging voter participation, working for the Biden-Harris campaign and continuing to defame and smear the image of Vice President Pence. “My only regret is not taking a massive shit on Pence’s snow-white, cotton-candy hair fibers,” The Fly lamented. “Next time for sure.”

Valerie Fu is terrified of any and all flying insects, even politically iconic ones.