The presence of the invasive mosquito species Aedes aegypti was confirmed by the Mosquito and Vector Management District of Santa Barbara County. 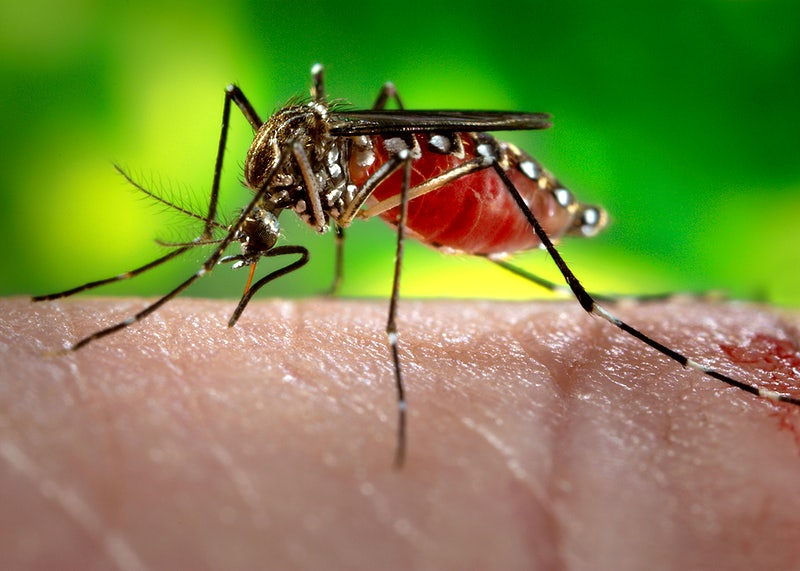 A female Aedes aegypti mosquito. Courtesy of the Centers for Disease Control and Prevention

The mosquito was first spotted at a home in Santa Barbara near the intersection of North La Cumbre Road and Foothill Road, and was later identified as Aedes aegypti.

According to Brian Cabrera, general manager of the Mosquito and Vector Management District, this species, originating from Africa, has the potential to transmit several viruses, including dengue, yellow fever and Zika.

“It’s a very serious concern,” Cabrera said. “In Southern Florida, where this mosquito also is, they’re experiencing localized transmission of dengue fever. This is one of the reasons why we’re so concerned about these mosquitoes … we have mosquitoes that are capable of transmitting such diseases.”

While these diseases are not locally transmitted in California, Cabrera said the Mosquito and Vector Management District is taking the threat posed by these mosquitoes very seriously.

According to Cabrera, the mosquitoes, as they spread, pose a detriment to the quality of life for Santa Barbara County residents.

“In areas in Southern California where they’ve been around for a while now, people call them ankle biters,” Cabrera said. “Plus, they’re very highly adapted to living around and in human dwellings. They don’t travel very far away because they know there are humans nearby to feed on.”

However, removal of this particular species will prove difficult, Cabrera said.

“We’ll do what we can to try to eradicate it,” Cabrera said. “We want to try to stay positive, but more than try to eradicate it, we’re trying to just control the population. It’s going to be a very long uphill battle, because in these areas where it is now [in Santa Barbara County], there is so much vegetation where water can accumulate and the mosquitoes can lay their eggs.”

According to Cabrera, these mosquitoes will be very difficult to wipe out because of how little water the larvae require to hatch — about a bottle cap’s worth. This means that the eggs can be laid and hatch indoors in practically anything: buckets, birdbaths, plates under potted plants and in the plants themselves.

“It doesn’t take much, and their eggs can survive without water for several months,” Cabrera said. “It’s also a very tough mosquito to try to keep under control because they can breed very quickly. The development time from an egg to an adult can be as short as a week to 10 days.”

According to Cabrera, spreading awareness is one of the most important parts of controlling this invasive species. Residents of Santa Barbara County are being urged to remove all sources of standing water. Larvae can cling to the sides of containers as well, so it is important to scrub any left out containers clean to dislodge the eggs. The Mosquito and Vector Management District also recommends that residents wear long-sleeved shirts and long pants, use insect repellent and keep their doors and windows closed or otherwise screened.

In addition to spreading awareness and urging individual efforts to help quell the spread of this species, the Mosquito and Vector Management District  staff are setting up traps and conducting property inspections where the mosquitoes were originally found.