UC Santa Barbara’s Associated Students Senate currently has three seats to fill — following the resignations of one off-campus senator, one on-campus senator and one Letters & Science collegiate senator — and a looming dispute about how to fill them. 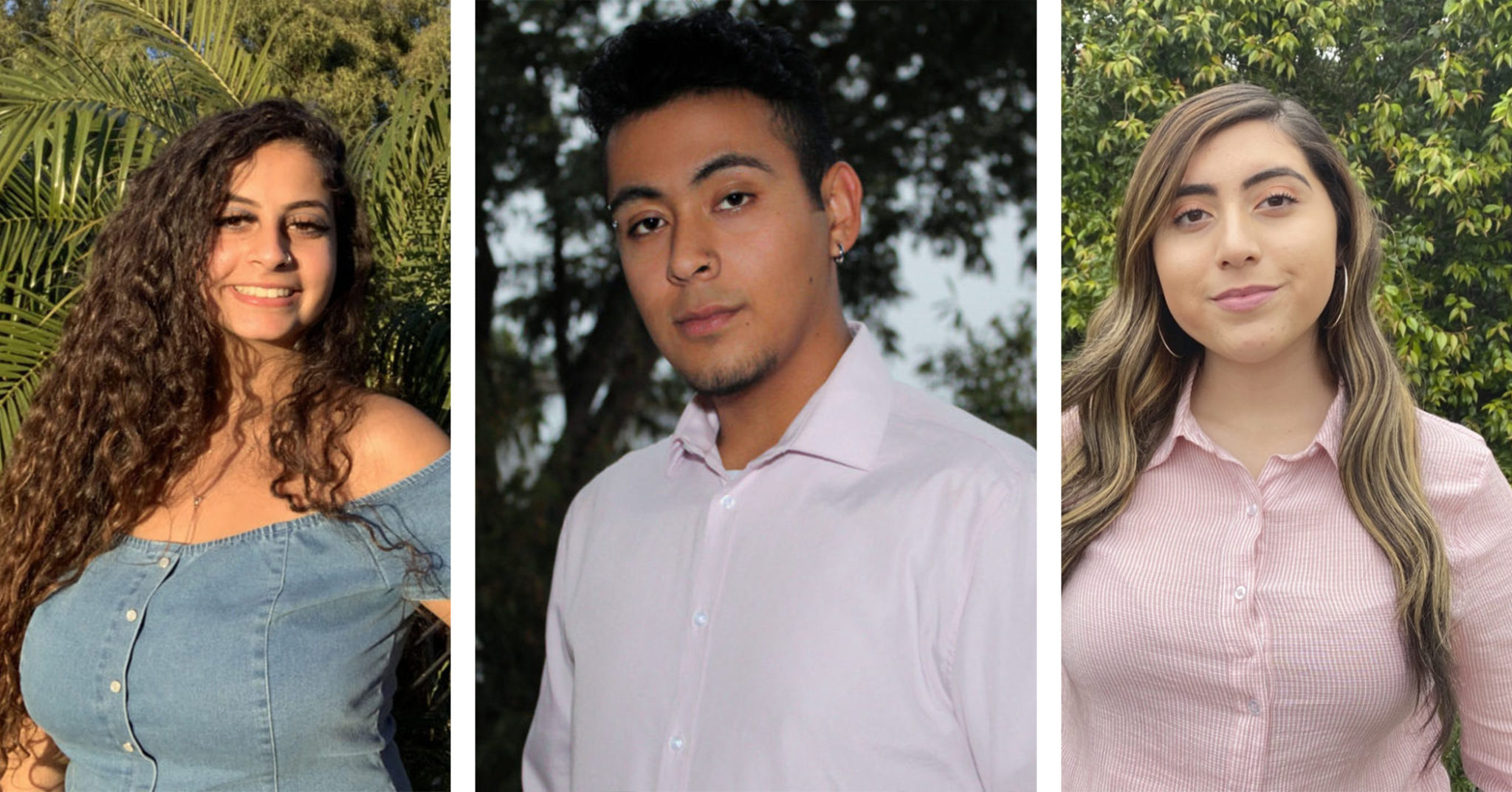 Two appointments to fill the vacant seats of Off-Campus Senator Kyremina Youssef and College of Letters & Science Senator Jose Gonzalez-Herrera were scheduled for last Wednesday’s Senate meeting. However, just minutes in, Internal Vice President Tianna White announced to the Zoom audience that the swearing-in wouldn’t take place that night due to a judicial council case involving the new appointments.

On-Campus Senator Dania De Ramon announced Monday afternoon on Twitter that she will be resigning from her senatorial position to “focus on [her] mental health and well-being.” No replacement has been announced yet.

When a senator resigns or is removed, the runner-up with the next largest sum of votes is appointed to fill the vacancy, according to the Associated Students (A.S.) Legal Code.

But according to a petition obtained by the Nexus, there is an ongoing disagreement within A.S. about how the next highest vote-getter — and thus the runner-up — is determined. It’s now up to the A.S. Judicial Council to decide what the process will be.

The Judicial Council placed an injunction over Medland and Huynh’s Senate appointments last Wednesday, which will halt the process until the council holds a public hearing on Oct. 20 to decide how the three vacancies should be filled.

“This injunction is not meant in any way to obstruct the business of Senate or any other institution, but it is just to ensure that we’re able to handle our cases and process them as we’re supposed to, as laid out in the Associated Students’ Legal Code,” Raymond Alonso, chair of the A.S. Judicial Council, told the Nexus in an interview.

A.S. Legal Code does not indicate a clear system for determining the runners-up, only that the highest vote-getter not elected from the previous spring’s election will fill the position. Under the current method for calculating election results, there are multiple ways to determine the number of votes a candidate receives.

Since 2015, election results have been calculated using a Single Transferable Vote (STV) system, where voters rank all candidates in numerical order for a position. Before that, voters would not rank candidates, instead only choosing their top-choice candidate.

“[STV] is a lot more of an inclusive way of being able to properly represent what constituents are voting for. You’re not just voting for one person in every single category, you’re being able to have a say in who’s filling all of those vacancies, not just one of those individuals,” Daniel Segura-Esquivel, a fourth-year sociology and communication double major and current chief of staff for the A.S. Student Advocate General, said.

Segura — along with fourth-year computer science major Dylan Kupsh — filed a petition with the Judicial Council last week stating that White “failed to properly identify ‘the highest vote-getter,’” which resulted in “the wrong runner-up senators being chosen.”

When A.S. Legal Code changed to the STV system, the requirements for choosing a runner-up stayed the same, even as it became more difficult to calculate who a runner-up was, according to Kupsh.

“It made sense in the previous system where people are clearly coming in first, second, third. But in a single transferable vote, that’s not as clear in this sort of voting system,” Kupsh said.

Kupsh and Segura argue in the petition that the votes from last spring’s election need to be recalculated without Youssef and Gonzalez-Herrera, with their votes redistributed to the voters’ second-choice candidates to more accurately reflect who received the most votes: a system known as a “countback election.”

If a countback election was used, meaning that all the votes for Youssef and Gonzalez-Herrera were nullified and the election recalculated, the runners-up would be Alexandra Perez and Ava Kargosha, for off-campus senator and Letters & Science senator, respectively, according to a calculation in the petition. 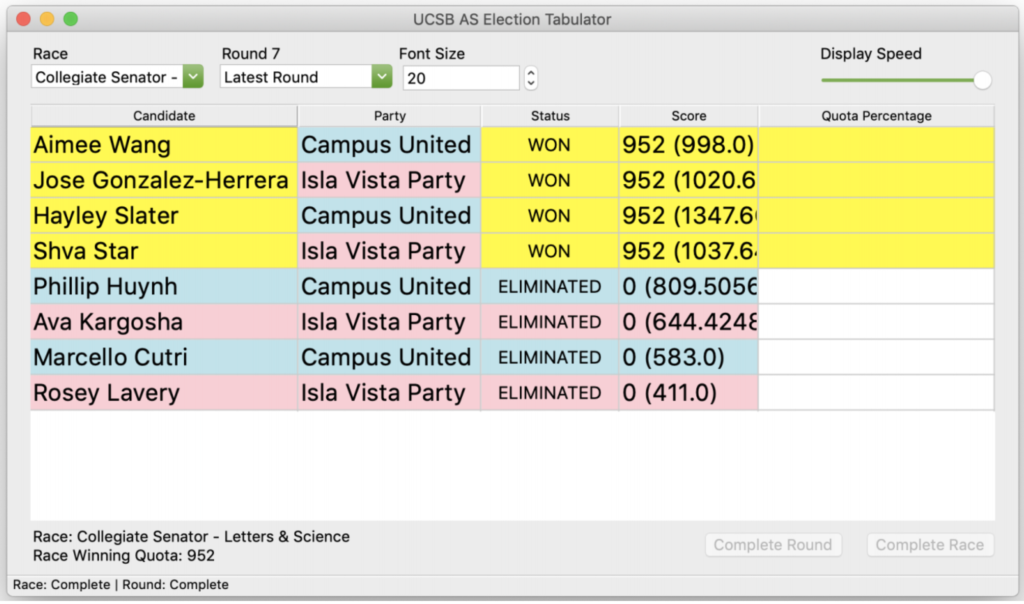 Results from the 2020 Spring Letters and Science election, calculated at the end of the night.  Results for this seat including Gonzalez-Herrera show Huynh as the highest vote-getter who was not elected. 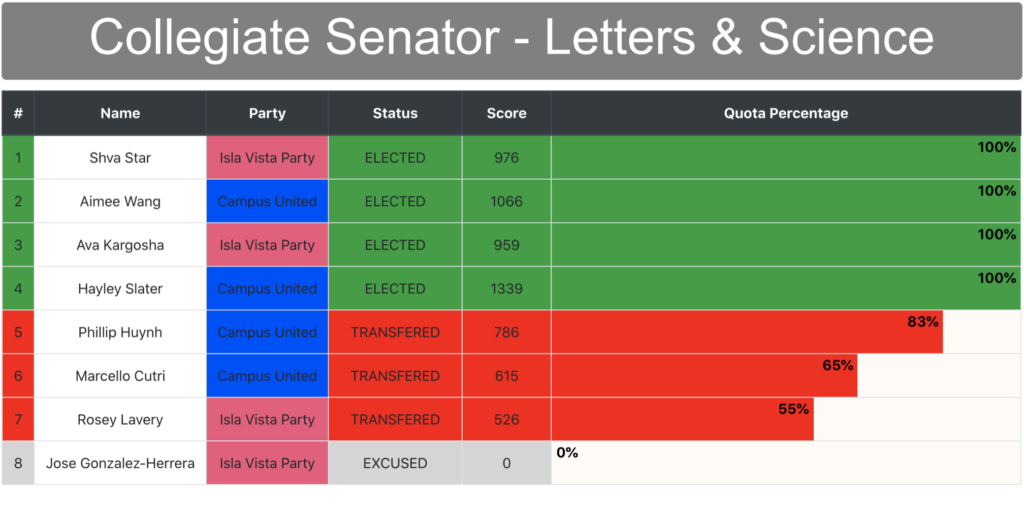 Results calculated using the “countback election” method (eliminating Gonzalez-Herrera) shows that Kargosha — not Huynh — would be the highest vote-getter not elected in spring. 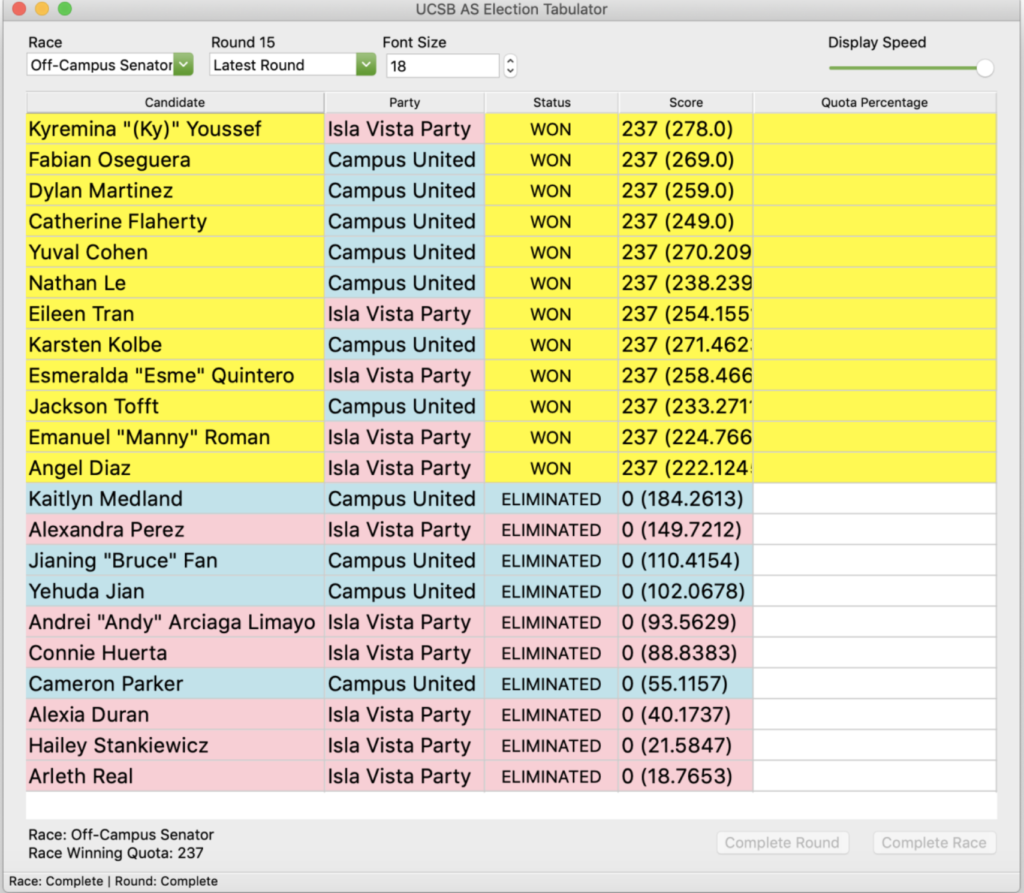 Results from the 2020 Spring off-campus senator election, calculated at the end of the night.  Results for this seat including Youssef shows Medland as the highest vote-getter who was not elected. 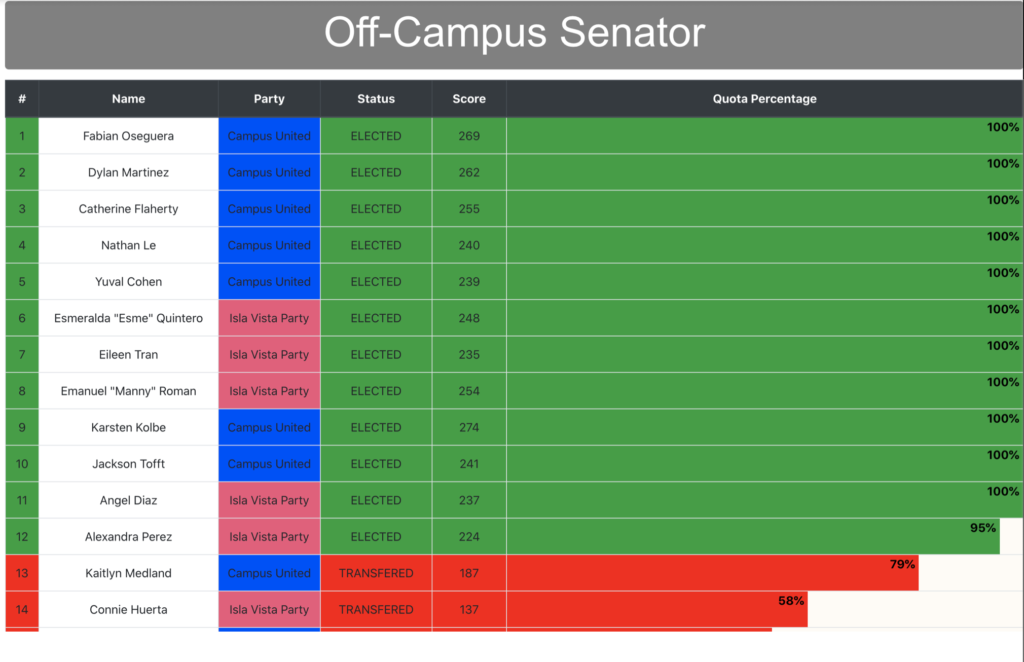 Results calculated using the “countback election” method (eliminating Youssef) shows that Alexandra Perez — not Medland — would be the highest-vote getter not elected in spring.

love how all the “popular” ones from twitter resigned lol they care about nothing and still get elected.

Anonymous
Reply to  pissed off

exactly. everyone quitting ran on their “clout” and are now leaving the students who elected them empty handed. they fkin suck!

Anonymous
Reply to  pissed off

they’re all Isla Vista Party… IVP is the worst

…or maybe IVP is filled with mostly working class students and this global financial crisis has hit them really hard in terms of mental health and housing issues. im working class and thats why I supported them in the elections, and the pandemic has been a shitshow for me

Riley
Reply to  pissed off

….we’re in a pandemic lmao there’s so many more unforeseen circumstances that have come up for students, especially for low income students. IVP is generally filled with a lot more low income candidates as compared to CU and so they’ve been hit harder. ppl don’t resign for no reason after spending all that $ and time

Sabrina
Reply to  pissed off

let’s relax, have some empathy, and remember there’s a pandemic going on. As commenters have already explained, people are going through it financially and emotionally. Unemployment is ridiculously high and people’s loved ones are dying. You can’t help your community to the best of your ability if you’re in crisis. If they stayed and did little to nothing with heir positions bc they couldn’t, I’m sure you would also criticize. These people wanted to give their seats to those with the capacity to adequately serve students. That’s a hard decision and they deserve some respect. It’s disturbing that this is… Read more »