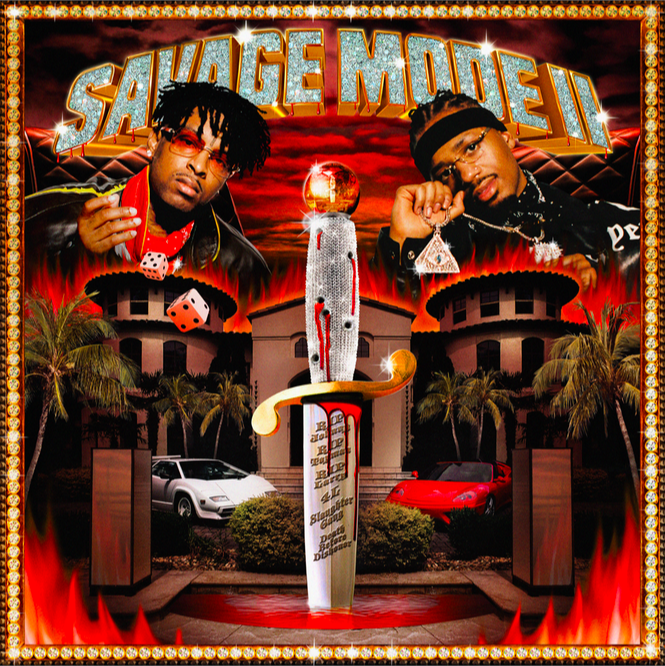 As we all sat in our bedrooms this summer waiting out this unpredictable and world-changing pandemic, many of us started to run out of content — or the will to consume it. This tricky predicament brought out an unprecedented hunger for original and exciting content. When rumors began circulating that hip-hop superproducer Metro Boomin and street-talking big dog 21 Savage were cooking up a sequel to their much loved “Savage Mode” from 2016, the community began to wait in eager anticipation.

“Savage Mode II” finally arrived last Friday, and both Metro Boomin and 21 Savage delivered a gritty, dark and menacing project that exceeded the original. With Morgan Freeman narrating the album, Metro and 21 dropped a body of work that feels like one of hip-hop’s most self-contained packages in years, and with show-stopping line after line, Freeman takes this album from excellent to immediate-classic status.

Ever since the original “Savage Mode” dropped way back in 2016, 21 Savage has been a strange and powerful force in hip-hop. With a voice that is somehow strained and relaxed at the same time, 21’s ability to consistently drop bar after hard-hitting bar certainly makes one take note of his skills. Even though he was born overseas — a fact much discussed and memed when it hit the spotlight — he brings Atlanta street talk to the hardcore rap game with a ferocious yet strikingly laid-back intensity with which very few others can compete.

The album begins with a dramatic and stellar intro by Freeman, who riffs on the idea of how great men, who may be worlds and generations apart, can come together and not just add to each other’s talents, but somehow multiply all attributes and become one. An eerie sample plays, transitioning into the adrenaline-pumping “Runnin,” as 21 comes in hot and the Metro bass drops. It is truly an epic moment, and I felt like I was floating off the chair I was sitting on, if you want to know the truth.

Standout tracks on this project include the Drake-featured “Mr. Right Now,” and the violin sample on the next song, “Rich Ni**a Shit,” is striking and incredibly well done, with a strong feature from Young Thug. The “Snitches & Rats” interlude is honestly worth listening to just to hear Freeman explain what he feels is the crucial distinction between the two. The track “Many Men,” which pays homage to and samples the 50 Cent song of the same name, is a wonderful little bit of hip-hop nostalgia for those of us who love the old-school world as well.

Sure, some tracks, like “My Dawg” and “Brand New Draco,” are a bit weaker than the rest on the album, but not by much. And in any case, they have enough bangers in between and after them (see “Steppin On Ni**as” and “No Opp Left Behind”) or they have Freeman come in unexpectedly towards the end to deliver some incredible lines to more than make up for it. A personal favorite of Morgan Freeman’s G.O.A.T. talk was, “A focused mind is said to be like a knife… but the scalpel is wisdom. All one can do is accept that life is a double-edged sword. Stay on the edge.” LeBron James also happened to transcribe and retweet this, word for word.

21 Savage and Metro Boomin are one of the most prolific duos in hip-hop right now, and both seem to really bring out the best in each other. Plus, this isn’t the first time Morgan Freeman has been hired to introduce an album, but no one has ever used him this effectively. On the album, Metro not only plays the role of the genius producer but puts together an experience that feels more like a movie, with a Tarantino-like eye for sequencing and dramatic flair. He always brings out the best in the artists he works with, and this project is no exception.