The Daily Nexus
News
SBSO Continues Search for Missing Pilot Who Crashed Off the Coast of I.V.
September 28, 2020 at 9:38 pm by Holly Rusch 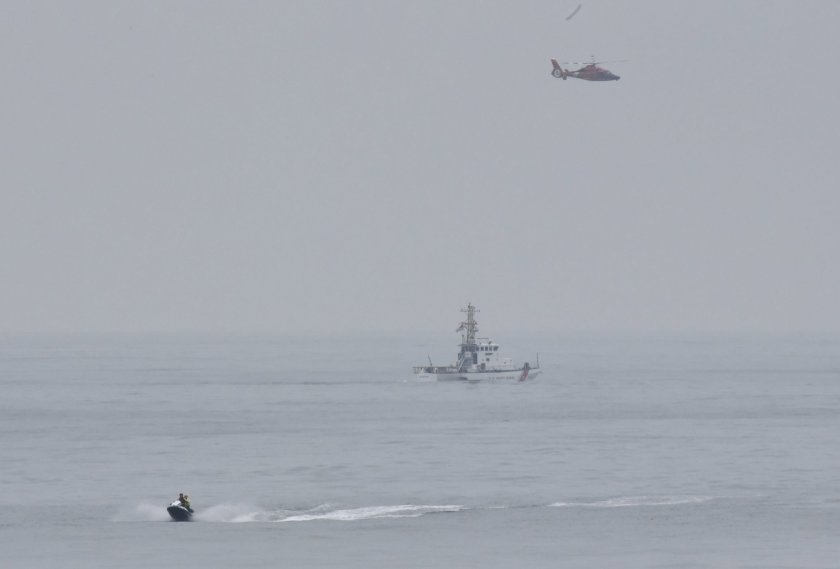 The single-engine Cessna 182 took off at the Santa Barbara Airport shortly before crashing into the ocean at 7:55 a.m. Courtesy of Mike Eliason / SBC Fire Department

The search for 61-year old Deborah Nicholson — the plane’s pilot and sole passenger — was originally handled as a search and rescue but is now being handled as a missing person investigation, according to the press release.

The single-engine Cessna 182 took off at the Santa Barbara Airport shortly before crashing into the ocean at 7:55 am, according to Emma Duncan, a Federal Aviation Administration spokesperson. A witness also reported seeing the plane rapidly lose altitude after taking off from the Santa Barbara Airport, the Los Angeles Times reported. Other witnesses reported seeing a “large splash” off the coast before search and rescue personnel were deployed.

“Deputies responded to the area of Goleta Beach along with County Fire, County Air Support, and the Coast Guard to assist with search efforts for the plane that was reported to have crashed into the ocean, approximately two miles off of Campus Point,” the press release said.

According to Santa Barbara County Fire Department spokesperson Mike Eliason, rescue personnel found several areas in the ocean with an oil sheen, including one that smelled like aircraft fuel, where debris consistent with a missing plane was found nearby.

The Los Angeles County Sheriff’s Department Special Enforcement Bureau’s Dive program is currently helping search through the wreckage with specialized equipment that can operate over 200 feet underwater, according to the press release.

The National Transportation Safety Board is currently investigating the cause of the crash, Noozhawk reported.