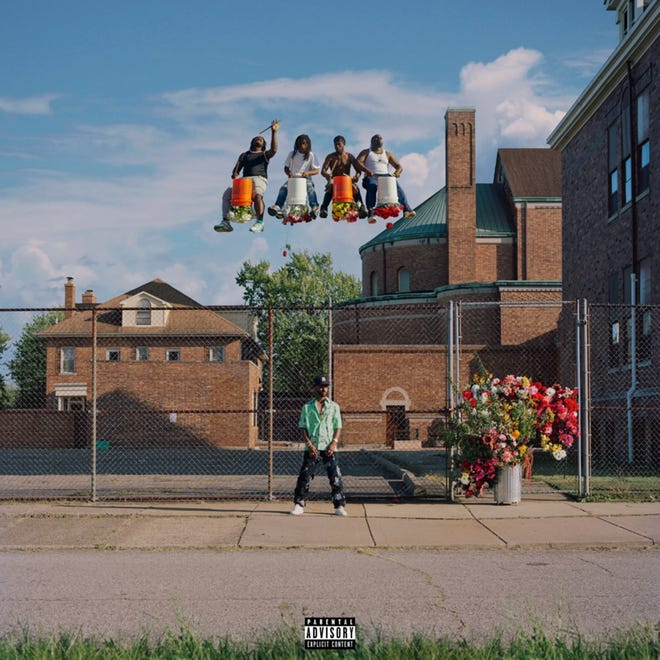 Big Sean came onto the rap scene as a protege of Kanye West, signing with West’s G.O.O.D. Music label in 2007 and appearing on his hit single “Mercy.”  Like fellow rapper Travis Scott, he was heavily influenced by West’s sound, but whereas Scott received acclaim for his unique sound and experimentation that influenced today’s rap, Big Sean’s music was not as well received.

Throughout his career, Big Sean has often been labeled as a “corny” lyricist, and despite being a frequent collaborator of the “Big 3” of modern rap (Kendrick Lamar, Drake, J. Cole), he has never released a body of work that is considered to be of the same caliber as these artists.  In 2013, fans on social media criticized him for allowing Lamar’s feature to outshine his verses on his song “Control.” The criticism and hate he received caused Big Sean to become suicidal and almost consider quitting music.  On “Detroit 2,” the rapper addresses the struggles he has gone through and how he has overcome these struggles to produce his most mature album to date.

“Detroit 2” is the sequel to Sean’s “Detroit” mixtape,  where he pays homage to the city where he was born and raised. He features Detroit artists such as Eminem and Tee Grizzley, as well as stories about the city through interludes from people such as Dave Chapelle and Erykah Badu.  Despite Sean’s collaboration with many rappers and producers from his hometown, the beats and production on this album are very pedestrian and typical of what you might find in any trap song. The worst offender is “Wolves,” which features Post Malone supplying one of his most phoned-in and laziest verses, along with an extremely cliche hook: “I was raised by the wolves.”

The most interesting production can be found on “Guard Your Heart,” which features an interpolation of Talib Kweli’s “In the Mood.” This track boasts a very smooth feature from Anderson .Paak that leads into the verses of Sean, Earlly Mac and Wale.  There doesn’t seem to be a consistent sound on this album and the features seem to dictate the sound of each song.  On the tracks that feature R&B artists such as Jhene Aiko and .Paak, Big Sean sounds more like a feature than the main artist.  The same is true of “Lithuania” featuring Scott, as the sound and aesthetic of the song is much more in line with that of Scott’s discography than Big Sean’s.  The worst beat on the album, however, is found on “The Baddest,” which sounds like a parody of a hip hop beat and is reminiscent of the infamous production found on Earl Sweatshirt’s “East.”

Throughout the album, Sean displays a wide variety of lyrical content.  On some songs, such as “Respect It,” he pulls from the typical subject matter of rap—women and money:  “I just bought the pinkie Berkie for my Easter baby/ Got her throwing diamonds in the air like it’s a playpen.”  Sean’s most personal lyrics come from the songs without features, such as “Lucky Me,” where he describes being diagnosed with a heart disease when he was 19.  He then goes on to advocate for holistic medicine as the reason he was able to rid himself of the disease.

On “Deep Reverence,” Sean addresses the situation between him and Lamar and raps, “After what happened to Nipsey, I reached out to Kendrick/ It wasn’t even no real issues there to begin with.”  This same track finds Sean talking about his struggles with mental health and the dark places those struggles took him: “In high school, I learned chemistry, biology, but not how to cope with anxiety/ Or how I could feel like I’m by myself on an island/…Look, I ain’t think I had the thought of suicide in me/ Until life showed me all these different sides of me.”

On “Everything’s That’s Missing,” Sean shares his resolve to remove the hold social media has on his life, rapping, “I’m ’bout to delete my Twitter and follow my intuition.”  Sean also displays his new positive mindset on “Lithuania”: “Long list of problems, long list of blessings (Woah)/ Makin’ sure the first one never outweigh the second, yeah.”

The interludes further explore the impact Sean’s hometown has had on popular culture by featuring Dave Chapelle, Erykah Badu and Stevie Wonder telling stories about their experiences with the city.  Chapelle tells a very entertaining story about a time when he had a poor performance in Detroit and how the audience’s reaction was emblematic of the city’s culture.  Badu delivers a spoken word where she describes how she sees Detroit as a special place and how it has impacted her.  Wonder describes his childhood in Detroit and advises everyone that “God gave you a brand even before you were born. All you had to do in life is walk into it.”  These stories help to illustrate how Sean sees Detroit and can be seen as a testament to the influence Detroit has had on music and on culture in general.

“Detroit 2” is perhaps Big Sean’s most mature and consistent album to date.  He has left behind the immaturity found on tracks like “Mercy” and “I Don’t Fuck With You.”  This sentiment is perhaps best exemplified on the album’s lead single, “Single Again,” where Sean proclaims “Got me feeling like, “I don’t fuck with you’/ Oh nah, nah, that’s the old me/ You fucking with the new me.”