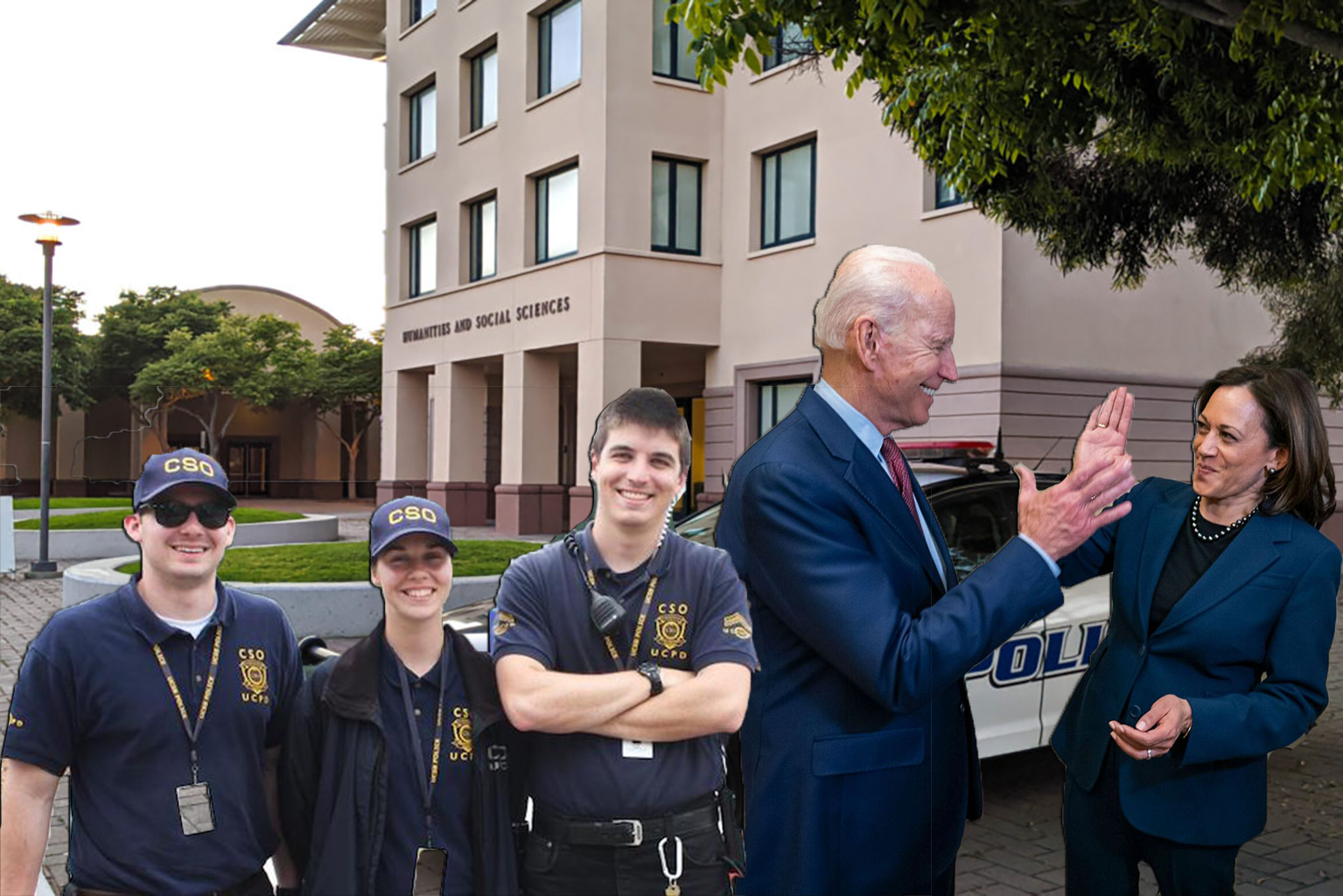 In a beautiful moment of political serendipity, new polling numbers have confirmed that Joe Biden’s campaign has snagged the elusive, yet highly sought-after CSO vote. In the wake of these new developments, top UCSB political analysts (the guys in your intro poli-sci Zoom class who talk too much) believe that, in choosing Kamala Harris as his running mate, Biden has all but sealed the deal with our local operatives in the Community Service Organization.

While we at Nexustentialism were putting all of our little heads together to come up with a reason as to why this might be, one astute reporter simply observed, “They are wanna-be cops and she is a mega cop; it’s a boot-lickin’ bonanza.”

Harris’ prioritization of “law and order” has wooed many CSOs. “I’ve never felt so seen!” said CSO veteran John Schweineliebhaber, a straight, cisgender, white man studying economics. “This move by Biden really signals that he’s looking out for voters just like me.”

Schweineliebhaber’s glee has been echoed across the organization with others filling their timelines with pro-Biden “hot” takes and memes of Harris as a cop, but in a way that makes it clear they think that it’s a good thing. Much like their physical presence always is, the online presence of CSOs since Biden’s VP announcement has been annoying, hard to bear and completely unnecessary.

The Biden campaign has responded to this ubiquitous support from CSOs by doubling down on its promise to pour even more taxpayer money into law enforcement programs. And despite the pleas of many Americans to defund the police and reallocate those funds into programs that directly benefit their respective communities, the Biden campaign has instead backed a plan that would expand the Community Service Organization, particularly by making enrollment in the service mandatory by all Gauchos.

These recent poll numbers have brought CSOs into a political spotlight that is rarely shone upon them, with some in the general public now asking if this bloc of power-tripping virgins will cast the deciding votes in the upcoming election. This is a question that many have pondered and even more have answered with a resounding, “lol, no.”

A. Wiessass is legitimately scared for the future of the nation, #defundCSOs.