The Daily Nexus
Self Study
Roll Call Racism: The Power In Pronunciation
September 8, 2020 at 9:00 am by Atmika Iyer 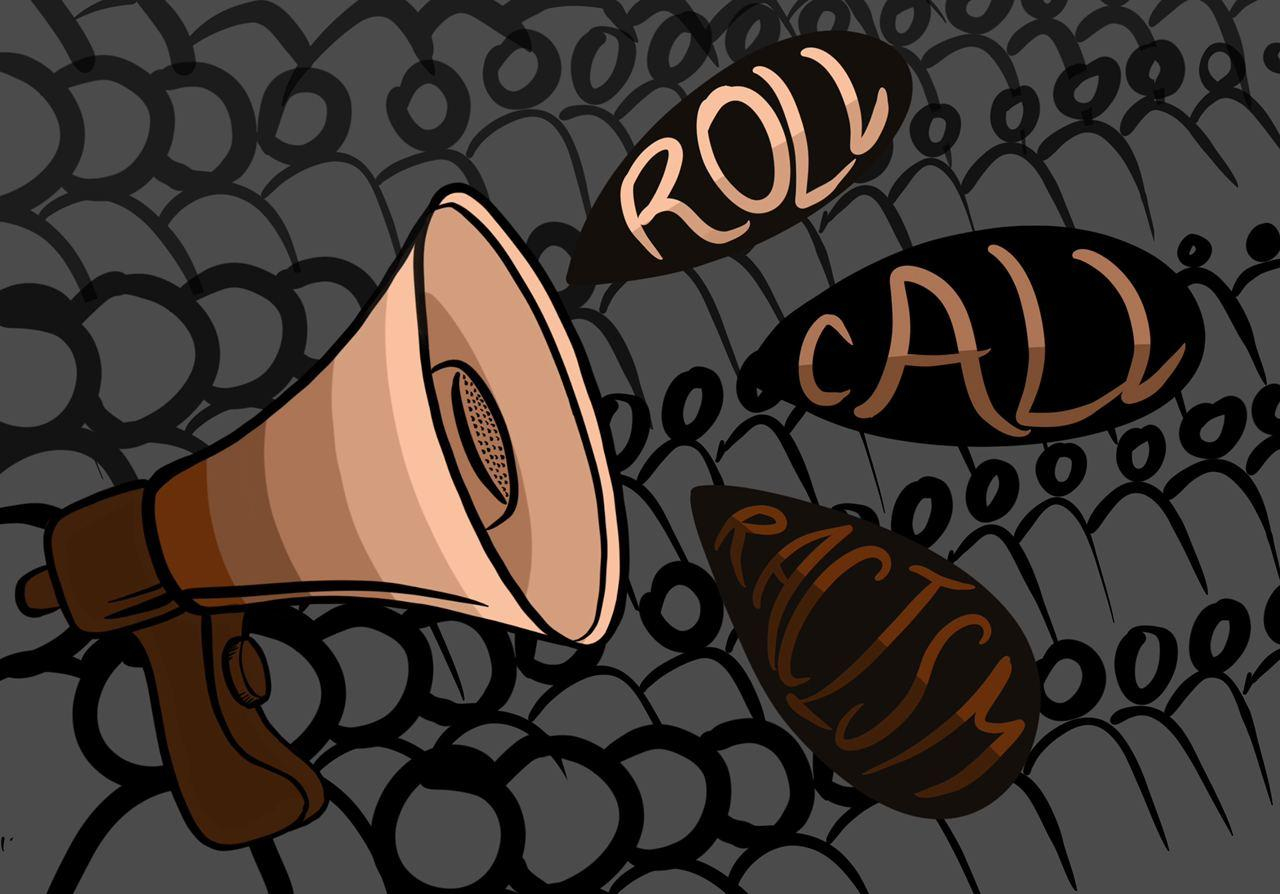 From first to twelfth grade, those who knew me through the Indian community pronounced my name correctly. Those who didn’t, pronounced it as At-MEE-ka I-YER.

Why? Because I stayed in the same school district for 12 years, and my first-grade teacher, no matter how many times I corrected her, kept saying At-MEE-ka I-YER. My friends and peers took her direction, and my 6-year-old self grew tired of correcting people. At the age of six, I essentially had two names, two identities, two personas — one for the Indian world and one for everyone else.

From the ages of 6 to 18, it didn’t seem like a big deal. The two worlds already had barriers: language, food, attitudes. Essentially, they were a whole culture apart, so why did it matter if I had two names? It was simply another distinction that separated my two worlds.

However, as time passed, my two names were no longer just a barrier, but the identifying call of two separate people. I hadn’t realized it, but I was creating two different personalities when I allowed my name to be changed for the purpose of fitting better in the mouths of non-Indian people. The reason why this transformation was so problematic for me was that as an Indian American, I have constantly struggled with my cultural identity. Indian and American cultures are not by any means the same, and to be both is to find values, traditions and attitudes of two worlds and create an amalgamation that represents who you are.

For a long while, I didn’t understand what that meant. It was my cousin, Smrithi Ram, who paved a path of amalgamation that allowed me to understand that creating that mixture was possible. Her superpower: The S Movement. She and her friend, Sree Brahmamdam, created this movement to “showcase the beauty of South Asian culture intertwined with a hip-hop lifestyle.” They founded the movement with the intention of “stand[ing] up for [their] rich, beautiful and vibrant culture and [with the] hope to empower you to do the same with yours.” It’s when I heard my cousin explain all this in her TED Talk that I understood: It’s not a task that invites the separating of my two cultures, but rather encourages them to coexist.

After heavy bullying in elementary school, I couldn’t bring myself to bring Indian food to school for lunch. But, in high school, I started bringing certain sweets and snacks to eat before my extracurriculars began after school. It was a weird transition at first. It sounds quite simple, but I was so used to keeping my two worlds so far and away that the simple act of bringing Indian snacks and sweets into my American world led to a little bit of discomfort. The transition isn’t complete even now; I’m still a work in progress, but at least I’m working on it and making progress.

Allowing my name to become another barrier between two vital parts of my identity obviously didn’t work in my favor. And because I internalized a lot of experiences with racism, I didn’t care enough to begin correcting people.

For a long time, I struggled. I’d be upset if my parents spoke Tamil, our native language, or wore traditional Indian clothing outside of our home. In my defense, I was upset because I heard people make belittling comments about our traditions, clothes and language, and I didn’t want to fuel the fire.

In elementary school, my friends would make fun of me if I ate Indian food. In middle school, my friends would whisper behind my back about how Indian people could never be beautiful. I had another teacher who would constantly make fun of East Asian and Indian households. In high school, I was told that Indian people were civilized by the white people so we should be grateful for colonization, I was randomly asked if I had been married off yet, I was compared to a gorilla because “you know, Indian people are like monkeys,” and so on and so forth.

I hadn’t realized it, but I was creating two different personalities when I allowed my name to be changed for the purpose of fitting better in the mouths of non-Indian people.

To ask people to pronounce my name correctly would be to further take on the identity of an “Indian,” and why would I want to do that when the response to my ethnicity was already so negative? I was willing to accept At-MEE-ka because I thought of her as American, and if she was American, in my mind, maybe she could avoid the whispers and comments.

But changing for other people is a pattern I had to break — and I chose to begin with my name.

I’m not trying to expel or insult my American traits, qualities or values. As a first-generation immigrant, I value the opportunities and life this country provided my family and me. But to white-wash myself is to erase my heritage, ancestry and half my culture. The white-washing began with me allowing people to mispronounce my name, and that’s where I wanted to bring the first change.

My story may seem like an individual case, but almost every one of my Indian friends has a very similar story to tell. I see a struggle of cultural identity within every one of my first-generation friends. There is a very common fear of being anything other than a Judeo-Christian American, whether it be through culture or name.

A study called “Teachers, please learn our names!,” stated that mispronouncing names “can result in children shifting their self-perceptions and worldviews, and believing that their culture or aspects of their identity are an inconvenience or are inferior.” This often manifests itself in “a great deal of anxiety, shame or feelings of ‘othering’” and ultimately results in the internalization of  racial microaggressions that cause young children to confuse “racism with a burden of their culture.”

Of course, each language has its own set of rules and to adapt to another’s is to learn how to properly pronounce a name that comes from a language unfamiliar to you. It won’t be an automatic change or a quick learning experience. But with a little practice, learning how to properly pronounce somebody’s name is a sign of respect for who they are and what their identity is.

We live in a world where Western culture is a default setting. For those of us coming from the outside, it’s a setting we cannot completely switch to, and the constant white-washing takes its toll. A different setting isn’t bad, and to ask our peers, teachers and friends to switch to a new setting once in a while to participate in the non-American, and/or non-white perspective of the world by pronouncing our names correctly isn’t a chore, but a stand to take for yourself with dignity and pride.

It’s not an easy step to take, to ask people to pronounce your name correctly, when for years you allowed your friends, peers and teachers to pronounce it incorrectly. There is a fear in revealing your real name to people, a stigma of having a name that sounds like another language. But, if you love your identity and your culture, putting aside the fear and stigma is an essential obstacle to overcome. Self-love and self-care is something we all like to preach, but it begins with self-respect. If you have a name that is hard to pronounce, I encourage you to take the extra second to teach others how to properly pronounce your name.

I can’t say that who I am right now is someone who has grown and matured to the point of never white-washing themselves, or never feeling like the outsider. Internalized racism and the society we live in will, to some extent, always keep me from that. But recognizing the problem, and being willing to work on it is half the battle. I’m fighting the other half right now, and I can accept that it will be a long battle, and one worth fighting.

Atmika Iyer is tired of hearing her name being mispronounced, so please don’t be offended if she corrects you.

Don’t white wash yourself. Haven’t you heard? White babies are being born less and they’ll be the new minority. Fuck them. Now they’ll have to fit in our world.