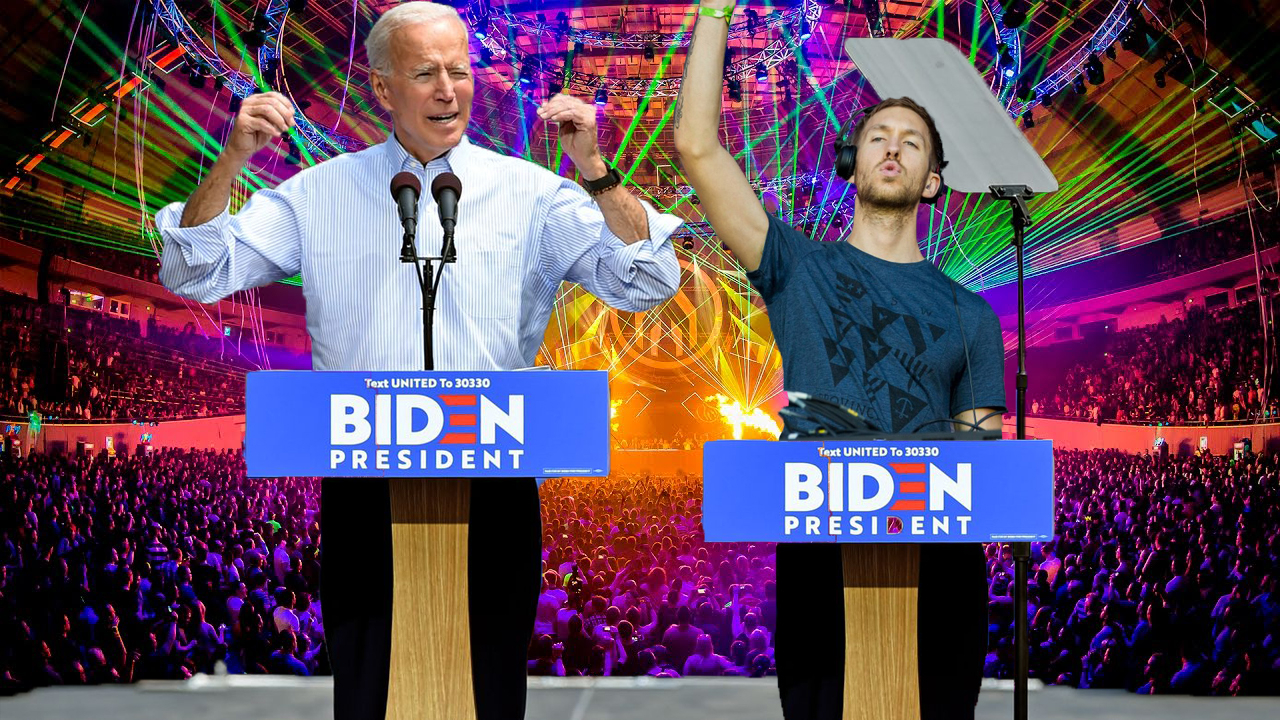 Seeking to unite the American people through the power of beeps and boops, the Biden campaign finally announced world-renowned DJ Calvin Harris as the running mate of the 2020 Democratic presidential candidate. Arriving to an American populace fraught with discontent, vice-presidential candidate Harris has stated that he hopes to find love in a hopeless place.

Since being announced as Joe Biden’s vice-presidential pick, Harris has released a roster of cabinet picks — including acclaimed “bad girl Riri” Rihanna as Secretary of R&B (Resources and Budgeting) — and has responded to the demands of thousands of American protesters by promising to “remix the police.”

Harris has also said he intends to begin a federal jumbo-jetting program to give young EDM artists across the world access to the same opportunities that allowed him to attend the techno, disco and dance-pop schools that led him on his trajectory toward becoming the next vice president of the United States.

Given a general lack of Scottish musical artists in the White House, Harris’ selection as VP pick represents an enormous victory in American history for these historically underrepresented groups in government, and Harris has said he hopes to serve as a shining example to inspire young Scottish DJ’s to follow in his political footsteps.

Senato –– excuse me –– Songwriter Harris represents a vision for a progressive and revolutionary American future, stating in an interview with Nexustentialism that he intends to “raise the roof on the West Wing to heights never before seen.” The Biden campaign has already released schematics for the installation of powerful, multicolored lasers to the White House lawn capable of burning a hole in overhead military satellites, as well as being choreographed to Harris’ latest remix of the national anthem.