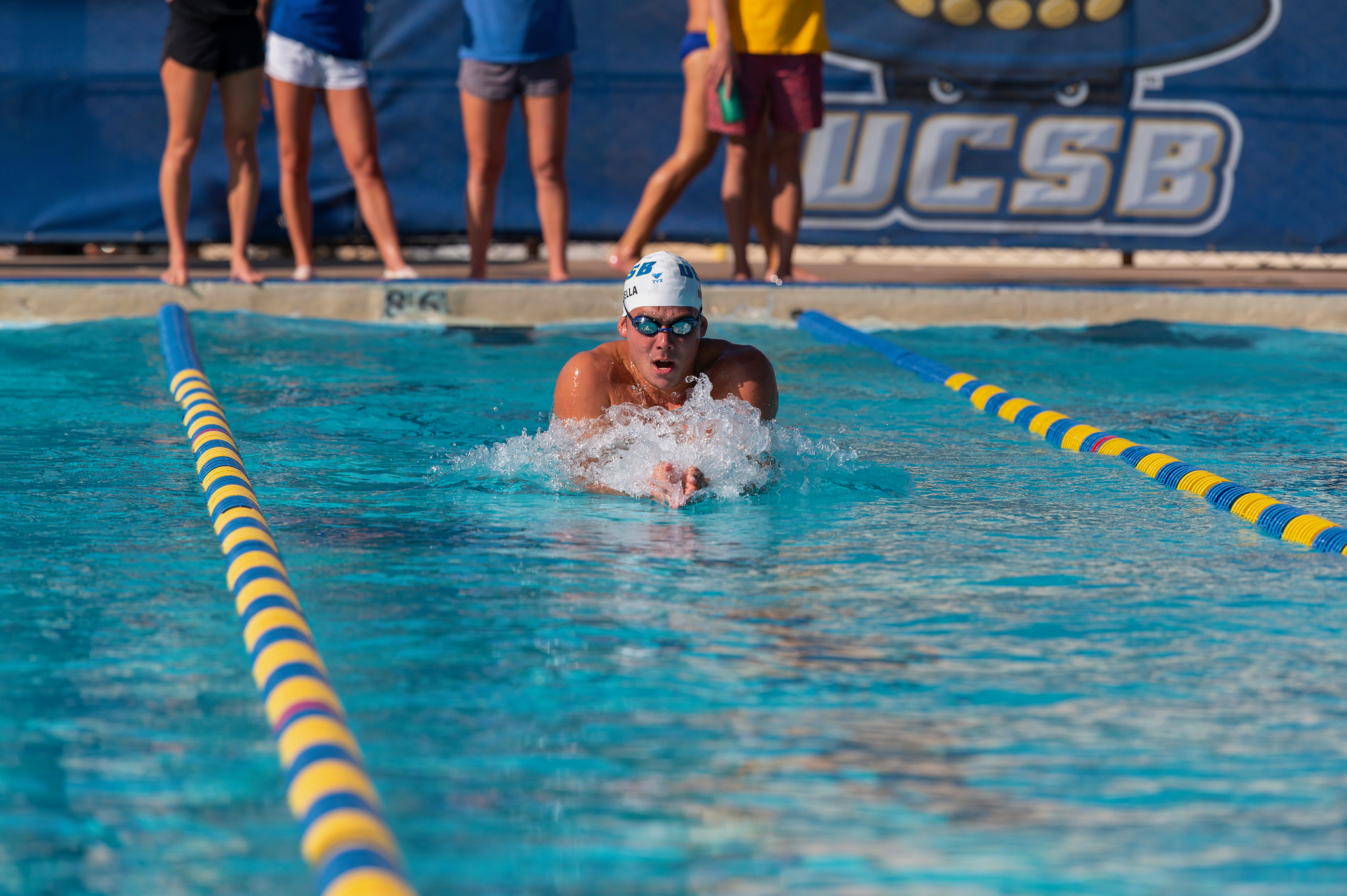 Dan Marella was never serious about swimming 10 miles — at least, not at first.

Sure, Marella had picked up open water swimming during quarantine, but that was largely out of necessity. With the closure of swimming pools due to COVID regulations, Marella, a rising UC Santa Barbara junior and men’s swimming team captain, had begun training with a group of older swimmers, including his assistant coach, Mark Stori. After the group had finished a six-mile open water swim to celebrate a group members’ birthday, Stori jokingly told Marella that he should do a 10-mile swim.

“At first, I didn’t take it seriously,” Marella said.

A few days later, however, Marella decided to turn that off-the-cuff statement into reality.

“The whole thing came together naturally,” he said. “I decided that if I was going [to swim 10 miles], I wanted to do it for a cause.”

Marella began to brainstorm causes he was passionate about, causes in which he could help make a difference. While Marella considered raising money for Black Lives Matter, UCSB Swimming had just recently held a fundraiser for the movement. Instead, Marela opted to raise money for COVID relief.

“I was motivated by the fact that America has done such a poor job containing this virus,” he said. “There’s been a real lack of awareness from people on the news who aren’t wearing masks, and even people in I.V.”

COVID relief falls under a broad spectrum however, and Marella wanted to make as tangible a difference as possible. Rather than donate to a countrywide organization, Marella has opted to raise funds for Cottage Hospital in Santa Barbara County.

“It’s really hard to gain attention for a worldwide issue,” Marella said. “There are thousands of people in Santa Barbara County, and I want to hopefully create a trend where others can have an impact on their local community.”

These donations will go to Cottage Hospital in two separate funds. The first (and larger) fund covers COVID home kits — given to people that test positive but don’t necessarily have to go to the hospital. These kits include items such as pulse oximeters and thermometers and help to ensure that hospitals don’t get overcrowded. Marella talked directly with Dr. Lynn Fitzgibbons, an infectious disease specialist at Cottage Hospital and Gaucho alumna who spent her collegiate career playing for the water polo team, and decided that these kits would help alleviate stress for healthcare workers.

The second fund will help Cottage workers with daily tasks, such as childcare.

Since the idea took fruition, Marella has been training every single day, swimming around four miles daily. Marella typically starts his swim at 66 DP and goes all the way to the Goleta Pier and back. For Marella — a lifelong pool swimmer — perhaps the biggest transition has been dealing with the current. While he swims with the current on the way to the pier, he must navigate swimming against the current on the return.

“Every so often, I have to look up and make sure I’m still going in a straight line and not drifting,” he said.

In addition, Marella must combat the mental fatigue associated with such a long swim. In the pool, Marella’s main event is 400 meters; on Saturday, he will swim 16,093 meters — over 40 times longer.

“It’s really easy to get lost in your head,” Marella said. “You constantly analyze how you’re doing in terms of technique, and how you’re feeling.”

But outside of those adjustments, the transition to open water swimming has been relatively effortless for Marella. With every swim, Marella feels himself getting less and less tired. While a slight hint of doubt remains in the back of Marella’s mind, he feels confident for Saturday.

“There’s always that what-if, but after swimming more and more, I know that I can do this,” Marella said.

Individuals who want to contribute to Marella’s effort can do so in two primary ways. The first is by going to https://www.cottagehealth.org/donate/, and putting “Daniel’s Fight Against COVID Swim” in the tribute box. In addition, donors are eligible to join Marella on his swim, as long as they donate at least $100 for each mile they swim with him. To do this, contact Dawn Schroeder by emailing M4L@cox.net or by calling or texting (805) 453-0917.