The Daily Nexus
Music
In Review: Dominic Fike Proves Himself on “What Could Possibly Go Wrong”
August 6, 2020 at 1:52 pm by Sunidhi Sridhar

If you haven’t heard of Dominic Fike, you’re about to. With the release of his first studio album, “What Could Possibly Go Wrong,” almost two years after his critically acclaimed debut EP, “Don’t Forget About Me,” as well as a multimillion-dollar deal with Columbia Records, this 24-year-old Floridian is on the brink of superstardom. 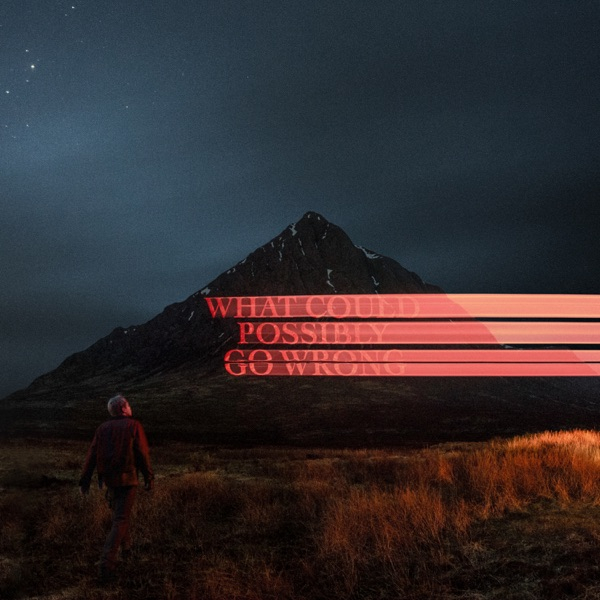 A quick Google search of his name might have you write him off as another Soundcloud rapper but if you were to dig a little deeper, you’d find that Fike cannot be pigeonholed. Yes, he boasts a couple of face tattoos and has a perpetually brooding expression, but underneath the surface is a kid who doesn’t take himself too seriously, even in the face of unanticipated success and rising expectations.

Much of Gen Z is already familiar with his breakout hit song, “3 Nights,” evocative of the likes of Jack Johnson and a distinct California surf sound. He’s released a slew of singles since then, most notably the alternative-rap track “Phone Numbers” with Kenny Beats, but on his latest album, Fike deftly displays his versatility as a singer-songwriter as he creates a genre-fluid body of work.

In all likelihood, the name of the album is a nod to the chaos and unpredictability of this past year, both in terms of a global pandemic as well as Fike’s personal struggles. “Cancel Me,” a facetious, tongue-in-cheek retort to the cancel culture rampant within today’s youth, elucidates how Fike feels about his newfound fame: “I hope they cancel me (Why? Why?) / So I can go be with my family (Why? Why?) / So I can quit wearin’ this mask, dawg (Damn) / Tell the people ‘kiss my ass, dawg’ (Yeah, yeah).” This track seems to be Fike’s version of introspection, and he doesn’t care for elusory metaphors as he is unambiguous about his feelings.

The pop-rock-indie amalgamation “Why” features the catchiest chorus on the project, which is saying a lot for an album riddled with addictive hooks. The rumbling guitar loop on the lo-fi track is evened out by the carefree percussive production and Fike’s buoyant vocals as he wonders about a girl: “Why would you pay for this apartment you don’t belong in? / You take this shit from all your bosses and all your boyfriends / I guess I get surprised when you let it slide / But it’s no business of mine how you waste your time.”

“Vampire” merges pop and hip-hop to front a cleaner, more radio-friendly production as Fike returns to the enduring subject matter of life as a celebrity in Los Angeles: “I only showed up to tell you (Ooh) / Everyone at this party’s a vampire (Ooh, ooh) / This ain’t red wine (Ooh) / We’re all food for the bloodsuckers (Ooh).” Fike alludes to the draining effect of answering to the likes of label executives who want him to turn a profit for them as well as the Hollywood elites who are waiting for him to slip up, and this track showcases his organic, individualized approach to songwriting as he pulls from his lived experiences.

On “Wurli,” in reference to the Wurlitzer piano Fike and his team used in the production of this song, fans get to hear a more candid take on relationships as Fike comes to terms with a relationship he feels is all take and no give: “This is not love, I’m a glorified doorstop / Stickin’ my foot out for you / And that’s not all I would do.” Fike’s signature subdued vocals coupled with nostalgic pop instrumentals propels this track to the forefront of the project’s discography.

To call “What Could Possibly Go Wrong” a promising debut is an understatement, as Fike has created a record that remarkably encapsulates the nihilistic and cynical worldview of his Gen Z fanbase. In a time where quality of music is increasingly synonymous with brand appeal and a certain social media aesthetic, Fike’s debut full-length cut is refreshingly uncalculated.

Sure, it’s not a perfect album and can feel derivative at times, but Fike is one of the very few artists who can pass off an album that has been meticulously crafted as one that was effortlessly compiled whenever inspiration struck — so tangible is its self-assurance.