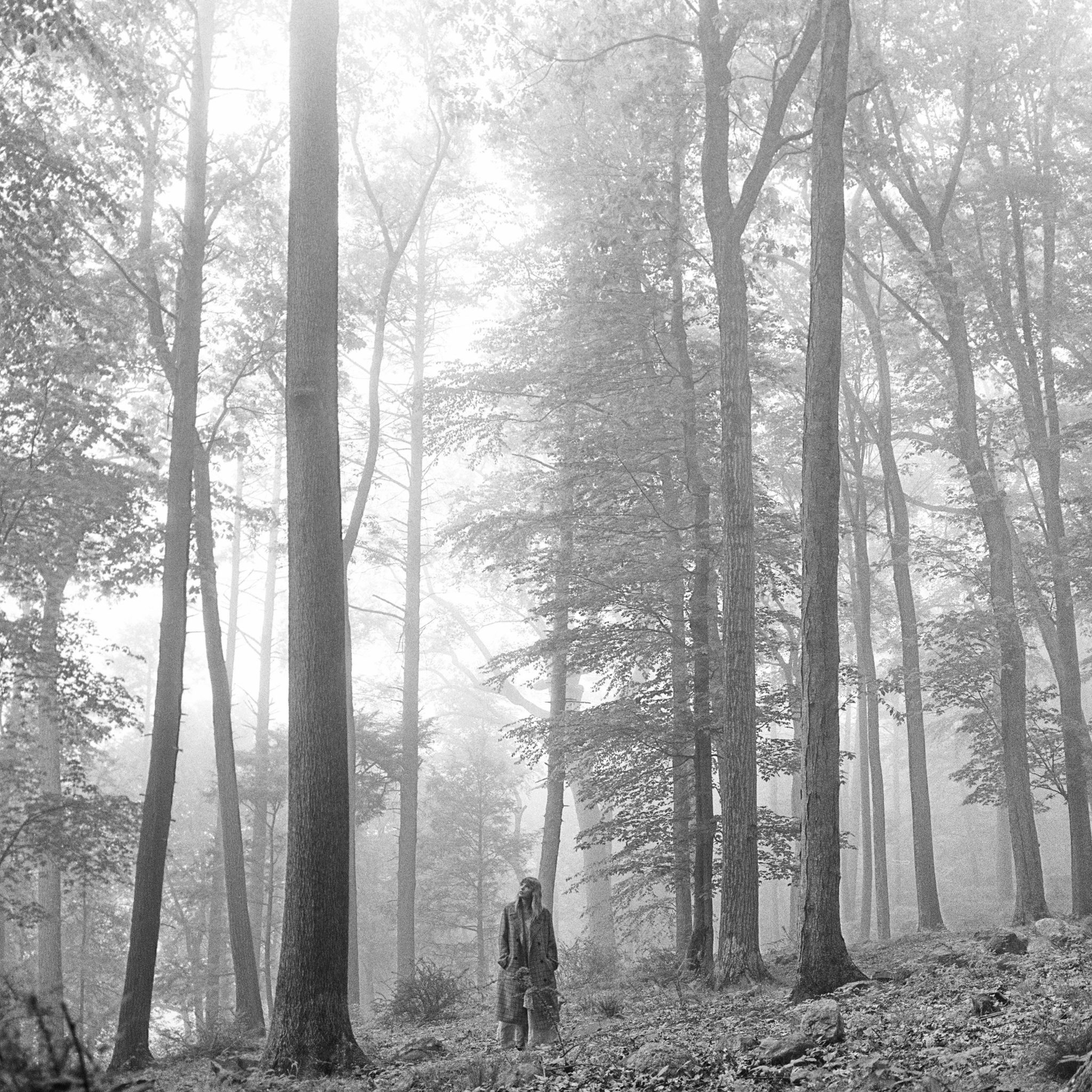 Taylor Swift is a force to be reckoned with and her indescribable songwriting magic has struck again, this time with the announcement of her latest surprise album titled “Folklore” (the second album she has full ownership of). Swift, typically a meticulous planner, refreshingly wrote that “the times we’re living in keep reminding me that nothing is guaranteed. My gut is telling me that if you make something you love, you should just put it out into the world.” Her eighth studio album comes less than a year after her release of “Lover,” an album built off of high anticipation that tackled topics of sexuality, sexism and the entity of love itself. Contrastingly, the release of the 16-track “Folklore” made its way into the world less than 24 hours after it was announced, unpredictably so in the parallel presence of overwhelming societal uncertainty.

Perhaps more striking is the return of stripped-down Taylor and her storytelling talents. While “Reputation” and “Lover” were marked by catchy pop bops like “ME!” that were curated for radio dissemination, glimpses of Swift’s rich ability to relay intimate stories appear in songs like “Cornelia Street” that have long been fan favorites.

“Folklore” is arguably a strong resurgence of old Taylor, but with a grown-up perspective and subtle indie sounds. Swift’s new music strays from the need to measure up to a Top-40 hit but holds its own in its muted ability to sink its way into the emotional hearts of her listeners. The tracks thrive in their detail of fantastical stories that blur the lines between fiction and reality, with Swift saying that some songs are based on her real-life experience while others are contextualized from curated characters. “Folklore” is unique in its softened ability to feel like a collection of intimate poems that should be privately serenaded instead of projected on a global pop stage.

Swift’s opening track “The 1” opens lightheartedly with the wise line, “I’m doing good, I’m on some new shit / Been saying ‘yes’ instead of ‘no,’” but proves to be a regretfully sad track: “But it would’ve been fun / If you would’ve been the one.” This dimension is present throughout the album, especially in the presence of plentiful imagery in songs like “Cardigan,” “Mirrorball” and stand-out song “Invisible String,” which features lines like: “isn’t it just so pretty to think / All along there was some / Invisible string / Tying you to me?” This is undoubtedly the most hopeful and love-filled track on the album that gives flashbacks to many swoon-worthy tracks from “Lover.”

“Folklore” is minimalist in encapsulating tunes that are perfect for a lonely day in quarantine dancing in your bedroom, but traditionalist in Swift’s pattern of intricate detailing and inclusion of metaphors such as feeling like “an old cardigan / Under someone’s bed.” The track “Cardigan” details a love story of feeling special in a relationship with lines like, “But I knew you / Playing hide-and-seek and / Giving me your weekends.” Two later songs, “Betty” and “Illicit Affairs,” detail portions of the complicated love story of imaginary characters James and Betty, and James’ troubled affair with Inez. “Betty” could easily be plucked right off of Swift’s early album “Fearless,” with guitar tones and a slight country base, but also in its topic of the perils of teenage love. While Swift’s music is typically diaristic in nature and gives a glimpse into her personal life, this trio of songs proves that her storytelling power extends beyond just reality and into the realm of fantasy.

“Exile” is the only guest-featured track on “Folklore” and proves that an unlikely collaboration with Bon Iver can create a gut-wrenchingly relatable breakup tune with lyrics like: “You were my town, now I’m in exile, seein’ you out / I think I’ve seen this film before.”

While topics of love are conventionally prevalent on this album, the track “Mad Woman” draws similarities to “The Man” from the “Lover” album in its feminist undertones. More soft in nature with the echo of the piano in the background, “Mad Woman” sets forth the inescapable cycle of women growing increasingly mad about being labeled as “angry” and the reclamation of the term “mad woman.”

The album ends on a personal favorite track, “Hoax,” a melancholy deep-rooted tale with Swift singing: “Stood on the cliffside screaming, “Give me a reason” / Your faithless love’s the only hoax I believe in.”

Swift’s music has always been striking, especially in its ability to unite fans in piecing together the hidden messages in the puzzle of her lyrics. Dedicated to listening to what her fans want and, more importantly, not succumbing to the mainstream pop sounds the music industry thrives off of, Swift shows off her emotional maturity and talent to translate “Folklore” into a collection of musical ballads. Swift stated that in isolation her “imagination has run wild” in this album, and it has indisputably ended up being an album we want to clutch close to our hearts, a mark of her best work yet.