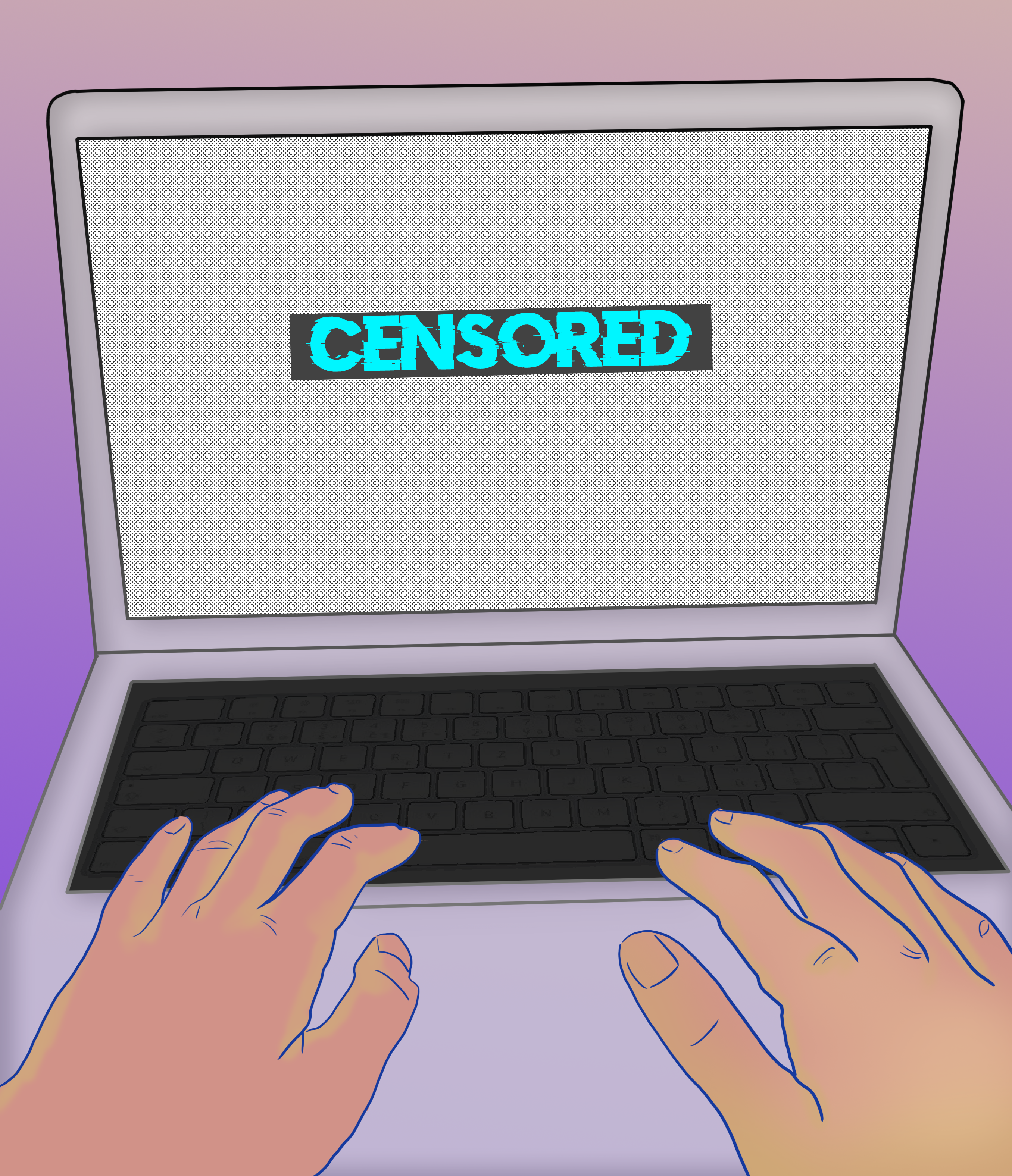 As the coronavirus outbreak reaches global heights, the Chinese government, in an attempt to control public perception, has been strictly regulating and censoring coronavirus-related content primarily being spread through popular social media platforms like WeChat and Weibo. The government’s handling of the outbreak has fuelled criticism of the government, including the initial cover-up of the epidemic and restrictions on information that is clearly in the public’s interest. In response to this new threat, hundreds of keyword combinations, including “Xi Jinping Epidemic spread” and “Li Wenliang,” are being censored to prevent people from accessing information that could instigate public disapproval. The censorship of Wuhan poet Fang Fang’s online diaries and death of Li Wenliang, a doctor forced into silence after attempting to warn his colleagues about the virus, sparked outrage, resulting in the collective online revolt of millions of people demanding free speech.

Censorship in China is nothing new. After all, the Communist Party of China (CPC) has a long history of maintaining strict censorship over all platforms capable of reaching a wide audience. Television, print media, radio, film, text messaging, video games, social media and the Internet are closely monitored by the CPC to maintain political and social control of the public’s mind. The political aftermath of the 1989 Tiananmen Square Protests was one notable instance of the Chinese government’s extreme censorship practices. Any discussion of the protests was banned, resulting in the censorship of controversial books, films, newspapers and other sources of information that discussed the event. Journalists and the citizens they interviewed were detained, harassed and threatened by the police in order to suppress any potential for public retaliation. As a result, Chinese citizens were reluctant to speak about the protests because of the potential repercussions.

In the wake of public backlash resulting from the growing epidemic, the Chinese government is resorting to similar practices to maintain its control over public perception of their role in the spread of the virus, relying on “the internet police” to enforce the ongoing censorship. China’s current President of the People’s Republic of China, Xi Jinping, eager to improve his public image and claim victory in what he has described as a “people’s war” against the virus, is leading a sweeping campaign to purge the public sphere of dissent by censoring news reports, harassing journalists and restricting the people’s access to crucial information from social media and news sites.

Many journalists, empowered by an outpouring of support from the public’s demand for free speech and government transparency, are fighting back the strict censorship practices imposed by the ruling Community Party by publishing hard-hitting exposés and stories that criticize the Chinese government’s questionable decision to withhold critical information, downplay the threat of the virus and resort to violent means of suppressing vocal health care professionals. These brave journalists have worked tirelessly to bypass the ongoing censorship and draw attention to the blatant violation of the people’s rights. Their unfiltered stories have painted the Chinese government as incompetent and corrupt because of their failure to contain the virus at its early stages and use of propaganda and censorship to spread false information and silence anyone who tried to warn about the dangers of the virus, inciting widespread anger among the Chinese people who are now demanding free speech.

One such writer in the fight for justice is Fang Fang, a highly respected author in Wuhan, who made the bold decision to record a daily account of her life during the lockdown and her thoughts regarding the government’s role in the crisis. Her Wuhan Diary has become vital reading for millions of Chinese citizens seeking an unbiased account of their untold sufferings during the epidemic, quickly turning her from an accomplished author into a highly revered and controversial voice of the people almost overnight. Each of her diary entries are constantly being digitally reposted and shared on China’s most popular social media platforms by millions of her devoted readers in an effort to counter the government’s cyber censors which struggle to take down all her controversial posts in time. Fang Fang has fulfilled her vow to hold Chinese government leaders accountable for their many failures by publishing scathing criticisms of the government’s use of censorship and propaganda to maintain a positive public image, underlining the corruption of an authoritarian government.

Censorship in China is a long-established pattern, so it’s no surprise that government leaders have been prioritizing their own political interests over public health by restricting access to information as soon as the virus became common knowledge.

Some of Fang Fang’s diary entries highlight controversial events blatantly ignored by the media, such as the death of Dr. Li Wenliang, a whistleblower who faced heavy backlash from the police after warning people about the virus when it was still at its early stages.

She has even encouraged her readers to think twice before “[writing] celebratory essays and poems” about their country, demanding people to “[wake] up” and recognize the severe incompetence of their governmental leadership. Such bold stances often incite trouble. Fang Fang’s Weibo account, with more than 3.8 million followers, was temporarily blocked and her WeChat posts are constantly being deleted. However, in spite of these setbacks, the online Wuhan Diary has only gained more attention, with screenshots of her posts spreading across Chinese social media platforms like wildfire.

Fang Fang’s open defiance against the Chinese government has sparked an entire movement of citizens who are actively finding creative ways of dodging censorship. Articles posted on social media are constantly reposted before they can be taken down and are sometimes rewritten in Morse code, QR codes and ancient Chinese symbols to circumvent censorship filters. Some articles are also translated into foreign languages, while others are ladened with emojis, making the text harder for censorship filters to track down.

Replacement terms are also being used in place of keywords like “Wuhan” and “Hubei” without any change in meaning to avoid censorship of controversial social media posts and articles. These alternative terms are used to substitute words deemed “sensitive” by China’s censorship system. For instance, “wh” and “hb” represent Wuhan and Hubei, “F4” refers to four regional politicians, “zf” stands for the police, “gunbao” or panda images represent the domestic security bureau and “Ministry of Truth” refers to the Communist Party’s Propaganda Department. Chinese citizens also rely on VPNs, a tool that enables users to obtain information outside the confines of their country, allowing them to access sites such as Facebook and Twitter.

Censorship in China is a long-established pattern, so it’s no surprise that government leaders have been prioritizing their own political interests over public health by restricting access to information as soon as the virus became common knowledge. This abuse of power has been increasingly affecting people outside of China because of the Communist Party’s influence over Chinese technology companies that have developed apps used worldwide. The Chinese government’s oppressive censorship of the media not only restricts the people’s access to the Internet and any content that may paint them in a bad light, but also has been expanding this digital authoritarianism beyond China. For instance, popular social media apps based in China including WeChat and TikTok operate under China’s strict censorship system and have a global user-base. Thus, even foreign users are unable to escape the effects of censorship.

To counter the influence that China’s censorship and propaganda has on countries outside its borders, public health agencies in the United States should make a conscious effort to relay critical updates regarding the spread of the coronavirus to Chinese-speaking communities through both privately-owned and government-funded Chinese language news services. U.S. officials should also protest any media interference by Chinese diplomats and security agents, and provide emergency funding for online censorship circumvention tools required by users in China attempting to access and share uncensored information on the Internet.

Falsifying data, whether intentional or not, is especially detrimental to the ongoing global efforts to mitigate the spread of the virus.

During any public health crisis, there is a legitimate concern that false information from any source could incite panic and even lead to more deaths. However, censorship of credible and important information that happens to make the Chinese government look bad could be equally harmful.

Statistics provided by a recent study seem to support this sentiment. China reported approximately 55,000 coronavirus cases at the height of the country’s first wave in late February, but according to a study conducted by researchers at the University of Hong Kong, the actual toll may be closer to 232,000, a finding that suggests that China may have deliberately underreported its numbers to uphold their national image.

Falsifying data, whether intentional or not, is especially detrimental to the ongoing global efforts to mitigate the spread of the virus. Obtaining a more accurate number of cases and deaths from China has worldwide public health implications at a time of grave uncertainty over the virus, its speed of transmission and other fundamental questions. For American officials, these numbers are critical to gaining a better understanding of how the virus will affect the U.S. in the months to come and of the effectiveness of countermeasures like social distancing and stay-at-home mandates.

Medical experts report that the wave of infections has not yet reached its peak. In the coming months, transparency about the coronavirus and efforts to combat it will be critical to reducing its spread. Information about the virus made available to the public can not only help people become more aware of China’s role in the pandemic, but also of the safety precautions they should take in order to control the spread of the virus.

William Qu
William Qu is an opinion staff writer. He is a pasta fanatic who enjoys binge-watching Netflix, hosting Harry Potter movie marathons and taking fat naps when he should be attending Zoom lectures.

Very informative article. Access to information is a fundamental human right and it is especially important during times like these when people’s lives are at risk.